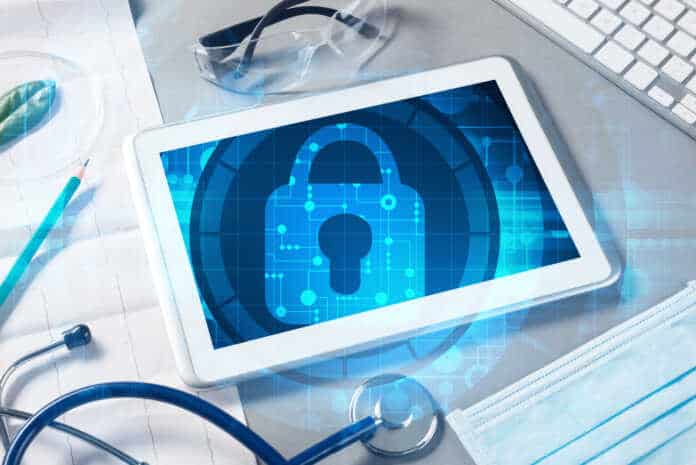 In late January 2017 Pfizer’s Biologics License Application (BLA) for gemtuzumab ozogamicin (Mylotarg®; previously known as CMA-676) was accepted for filing by the U.S. Food and Drug Administration (FDA). A Marketing Authorization Application (MAA) for review by the European Medicines Agency (EMA) was validated in December 2016.

The hP67.6 antibody (non-cytotoxic by itself) binds to the CD33 antigen, is internalized and, following internalization, delivers the calicheamicin derivative to the inside of the leukaemic cell. The CD33 antigen is expressed on the external surface of normal and leukaemic myeloid cells, and leukemic blasts in more than 80% of patients with acute myeloid leukemia (AML), but not on normal precursor hematopoietic cells.

The antibody linked to the conjugate is internalized into lysosomes, where acidification releases the NAc-gamma calicheamicin DMH moiety. The latter undergoes spontaneous reaction with reduced glutathione (GSH) within the cell, where it is activated and the anti-tumor effect can occur. The calicheamicins are potent anti-tumor antibiotics that were initially identified by their ability to damage DNA in screening tests. Their anti-tumor mechanism is thought to occur by binding to the minor groove in the DNA and producing site-specific double-strand breaks by forming p-benzene diradical. This results in the death of the leukemic cell.

Acute Leukemia
Acute myeloid leukemia (AML) is the most common type of acute leukemia in adults and accounts for ~80% of all cases of acute leukemia. Worldwide, there are approximately 260,000 new cases of AML each year. With an average incidence of 1 to 3 cases per 100,000 individuals, roughly 7,000 to 21,000 cases can be estimated per year in Europe. Incidence increases with age and peaks in adults 65 years of age or older. Slightly more than half of all patients are ≥ 60 years of age. Despite recent developments in understanding the scientific basis of AML and its treatment, there has been little progress in increasing the long-term survival rates in AML patients. If left untreated most patients with AML will die from their disease. If patients are treated, the 5-year survival rate from time of diagnosis is ~20%.

With standard treatments, there is a high rate of first remission for patients with de novo AML, however, ~75% of these patients will ultimately suffer a relapse, in most cases within 2 years. 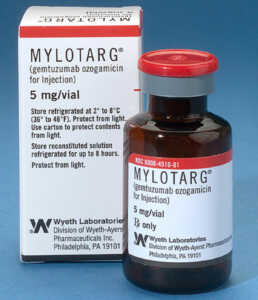 Original approval and withdrawal
Gemtuzumab ozogamicin was originally approved under the FDA’s accelerated approval program in 2000 for use as a single agent in first relapse patients with CD33-positive AML who were 60 years or older.

In 2004 Wyeth Laboratories (now Pfizer) started a  confirmatory, post approval phase III clinical trial designed to determine whether adding gemtuzumab ozogamicin to standard chemotherapy demonstrated an improvement in clinical benefit (survival time) to AML patients. The trial was stopped early when no improvement in clinical benefit was observed.  One of the additional considerations to stop the trial early was that a greater number of deaths occurred in the group of patients who received gemtuzumab ozogamicin compared with those receiving chemotherapy alone.

At initial approval, gemtuzumab ozogamicin was associated with a serious liver condition called veno-occlusive disease, which can be fatal. This rate had, according to the researchers, increased in the postmarket setting.

Given these adverse results, Pfizer, in 2010, voluntarily withdrew the drug after the confirmatory trial did not show a clinical benefit and the fatal induction toxicity rate was significantly higher in the gemtuzumab ozogamicin arm. At the time of the withdrawal, the FDA confirmed that gemtuzumab ozogamicin would no longer be commercially available to new patients. Patients who were, at the time of Pfizer’s withdrawal, receiving the drug were able to complete their therapy following consultation with their health care professional.

Following the withdrawal, it was also clear that any future use of gemtuzumab ozogamicin in the United States would require submission of an investigational new drug application (NDA) to FDA.

New regulatory submission
After the withdrawal, Pfizer continued manufacturing kept producing gemtuzumab ozogamicin in small volumes – giving independent investigators the opportunity to continue to study the drug. In these investigator-led randomized studies researchers were able to limite the safety problems – and concerns – by reducing the dose and increasing the dosing while combining it with chemotherapy to boost efficacy.

The recent regulatory submissions are based on the additional data from the a Phase III randomized, open-label study (ALFA-0701) evaluating the addition of gemtuzumab ozogamicin to standard induction chemotherapy using an alternative fractionated dosing schedule in 280 adult, de novo, AML patients aged 50-70 years old, as well as a meta-analysis of patient-level data from over 3,000 patients in five randomized Phase III studies (including ALFA-0701) spanning 10 years of research.

The PDUFA goal date for a decision by the FDA is in September 2017.

Pfizer has sole responsibility for all manufacturing and clinical development activities for gemtuzumab ozogamicin.

Antibody-Drug Conjugates in Top 10 of Medical Innovation for 2015