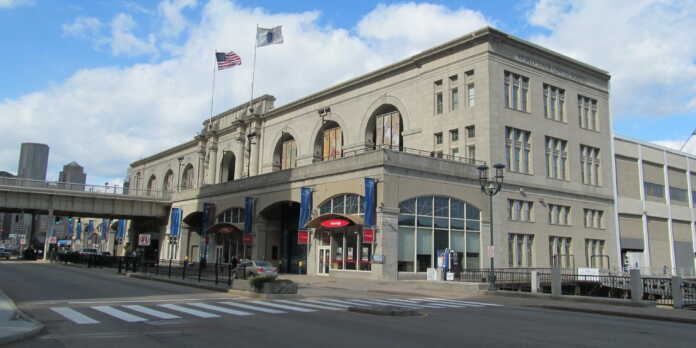 From the Charlestown Navy Yard to the Paul Revere House, the Old State House on Washington Street, the New England Aquarium at Central Wharf and the Faneuil Hall Market Place, Boston, MA, offers any visitor a great time. Coupled with great food (check out the Barking Crab at 88 Sleeper Street) and pubs including Cheers, McCormick & Schmick’s, Ned Devine’s Irish Pub, and Anthem Kitchen + Bar, this city is definitely a great place to visit.

May kicks off with a busy first week. The During the 7th Annual PEGSBoston conference, being held May 1 – 5, 2017 in the Seaport Worldtrade Center in Boston, MA, and organized by Cambridge Healthtech Institute, will start with a review of lessons learned from brentuximab vedotin (Adcetris®; Seattle Genetics/Takeda) and ado-trastuzumab emtansine (Kadcyla®; Genentech/Roche), the two marketed antibody-drug conjugates or ADCs and many novel ADCs in clinical trials.

These lessons learned from these two agents as well as many ongoing ADC trials have not only enabled scientists to better understand the mechanisms of action of antibody-drug conjugates, but have also helped invigorate a new field of ADC study aimed at overcoming the challenges of poor internalization, tumor non-specificity, off-target toxicity, lack of efficacy, low expression levels and multi-drug resistance.

Scientists continue to developed novel innovative techniques – with the potential of breakthroughs leading to the next generation ADCs with improved target selection, new cytotoxic drugs as payloads, engineered antibodies or alternative effector moieties to increase half-lives and improve target specificity, optimized linker-payload chemistry to produce stable and homogeneous ADCs, and news ways in overcoming the challenges of multi-drug resistance.

Wednesday, May 3rd, will see  a full day of presentations themed ‘The Antibody-Drug Conjugates I: New Targets, Payloads and Alternative Formats.’ Scientist’s will present their creativity in the design and optimization of next-generation bioconjugates.

Bicycle-drug conjugates
Peter Park, Ph.D., Vice President, Oncology Research, Bicycle Therapeutics, will kick of  by discussing ‘bicycle-drug conjugates’ or BDC targeting MT1-MMP for treatment of solid tumors. Parl will share the latest information about the Bicycle® platform which allows a very diverse library of constrained, bicyclic peptides, generated with a chemical scaffold, to be displayed on the surface of viable bacteriophage.

Because of their relatively small size (1.5-2 kDa) they delivers advantages in tumor penetration and extravasation.  In addition, their peptidic nature offers a “tuneable” pharmacokinetic half-life and a renal route of clearance. As s result, liver and gastrointestinal tract toxicity, often seen with other drug modalities, is avoided. During his presentation, Park will share more details about the Bicycle platform and describe the discovery and development of BT1718, a potent Bicycle-drug conjugate targeting Membrane Type 1 Matrix Metalloproteinase (MT1-MTP), which is highly expressed in many solid tumors, including triple negative breast cancer and non-small cell lung cancer.  The novel drug candidate has completed GLP toxicology studies and is expected to enter the clinic in 2017 in collaboration with Cancer Research UK’s Centre for Drug Development (CDD) which will sponsor and fund a Phase Ia and Phase Ib clinical trials.

Abdurins are produced in Pichia or E. coli. They are amenable to high-throughput screening to isolate binders to targets of interest to generate multifunctional molecules or carry toxic payloads.  Abdurin immunotoxins have demonstrated improved tumor penetration compared to a monoclonal antibodies and have been conjugated to Monomethyl Auristatin E or MMAE and a deimmunized form of the ribotoxin (SarcinDI).

Researchers have shown that CH2D abdurins have a longer serum half-life (8-16 hours) compared to other scaffolds of a similar molecular weight (around 30 minutes). The smaller size and longer half-life of CH2D abdurins is expected facilitate enhanced payload delivery to solid tumors compared to standard antibody-drug conjugates.

While antibody-drug conjugates have demonstrated impressive clinical results in oncology and hematology, the extremely long half-life of the antibody (7-21 days) combined with a short half-life of the linkers and cytotoxic agents (hours) limits their effectiveness and can crease unnecessary toxic side effects.

Researchers at RCT think that half-life of CH2D abdurins may be better suited to linker and drug half-life.  Their small size may help deliver more of the cytotoxic drug to a tumor than conventional ADCs. Hence, they believe that CH2D abdurins-drug conjugates 0r or abdurin immunotoxins may represent the next generation ADC therapeutics with improved efficacy and reduced toxicity.

A BCMA-ATAC has been selected based on favorable preclinical data to start the clinical development of the first ATAC.

Over the last decade, small molecule inhibitors of kinesin spindle protein (KSP/Eg5) have generated interest due to their high anti-tumor potency. Inhibition of kinesin spindle protein (KSP) is a relatively novel mechanism for treatment of cancer.  Scientists believe that KSP has the potential to overcome limitations associated with currently employed cytotoxic anticancer chemotherapeutic agents.  Furthermore, the identification of KSP as a payload class with a novel mode of action is expected to increase therapeutic options and potentially help to overcome resistance. [2]

A new pyrrole subclass of KSP inhibitors with sub-nanomolar potency against a large panel of tumor cell lines has been established as a versatile new payload class for the generation of potent and selective ADCs against different targets.

The Zymelink conjugation platform is includes a modular suite of proprietary payloads, linkers and site-specific conjugation technologies designed for the targeted delivery of therapeutics with optimal efficacy and safety profiles.  The technology platform offers customizable cleavable and non-cleavable linkers that is compatible with a variety of small molecule therapeutics. Zymelink is compatible with traditional monoclonal antibodies, Azymetric™ (bispecific) and AlbuCORE™ (multispecific) platforms for the development of next-generation biotherapeutics and ensures the production of homogeneous drug products while maintaining systemic stability and enabling the efficient release of its payload to target cells after internalization. The technology imparts homogeneity of the antibody-drug conjugate with fixed drug-antibody ratios ( DAR), preserve antibody Fc effector function to facilitate the recruitment and activation of immune cells and maintain antibody pharmacokinetics through FcRn engagement.

In addition to the company’s proprietary linker technology, Zymeworks is developing a series of proprietary cytotoxic payloads, spanning multiple classes, that possess highly potent anti-tumor activity against a broad range of cancer cell types. A key competitive advantage for these cytotoxins, together with the ZymeLink™ platform, is their exceptional anti-tumor efficacy and tolerability in vivo, resulting in the ADCs having a large therapeutic window.

The SMARTag technology platform enables scientists to develop precise, programmable, site-selective chemical protein modifications. Leveraging the target sequence of Formylglycine Generating Enzyme (FGE), Rabuka and his team chemoenzymatically modify proteins to generate a precisely placed aldehyde functionality that can be chemically elaborated.  During this year’s PEGS Boston, the company will present a novel protein modification platform and its application to generating ADCs, including our new conjugation chemistries and linkers.

With over 50 antibody-drug conjugates in clinical development, there is a growing interest in ADCs for the treatment of cancer and hematological malignancies. As part of ImmunoGen’s effort to expand the available toolbox of cytotoxic payloads, scientists have designed so called indolino-benzodiazepine dimers, also known as IGNs. Chari will discuss the chemical design and preclinical data for this new class of potent DNA-alkylating agents and representative IGN ADCs.

HuMax-AXL-MMAE
Following the Thursday morning remarks by Vijay Chudasama, Ph.D., Lecturer, Organic Chemistry and Chemical Biology, University College London, David Satijn, Ph.D., Director, New Antibody Products, Genmab will discuss how Humax-AXL MMAE will elimination of multidrug-resistant melanoma. Satijn shows how AXL is overexpressed in many types of cancer, including melanoma, and is associated with EMT and increased invasiveness of tumors. He will further explain how AXL is also upregulated upon resistance to a variety of therapies including the oft-used BRAF and MEK inhibitors in melanoma and how HuMax-AXL-MMAE, being developped by Genmab, shows efficacy in AXL-expressing melanoma CDX and PDX models.

Satijn’s presentation is followed by a presentation by Julian Spallholz, Ph.D., Professor, Nutritional Biochemistry, Nutritional Sciences, Texas Tech University. Spallholz is expected to explain how women with Her/2 + breast cancer (BC) treated with trastuzumab (Herceptin®; Genentech/Roche) often relapse with their cancer becoming Herceptin resistant.  To overcome resistance ado-trastuzumab emtansine (Kadcyla®; Genentech/Roche) can be used. Spallholz will explain how his team has replaced emtansine with a small redox selenium moiety (Mab-SeCN) that redox cycles and increases intracellular BC oxidative stress by generating intracellular superoxide and H2O2. The results confirm that an Se-Herceptin® antibody-drug conjugate is more cytotoxic to trastuzumab resistant and ado-trastuzumab emtansine treated trastuzumab resistant JIMT-1 BC cells.

The company’s humanization strategy allows retention of the C80 with a free thiol group that is amenable for residue-specific conjugation. The company’s C-terminal lysine-specific linkage method employs the transglutaminase enzyme catalyzing formation of an isopeptide bond between the IgG C-terminal K447 and a variety of glutamine-based payloads. Antibody-drug conjugates prepared using the company’s RESPECT technology produced uniform drug-to-antibody ratios and were shown to be highly potent and specific in vitro and in vivo.

Novel Lysosoma Cleavage Linker Leads to Potent and Stable Duocarmycin Conjugates
Duocarmycin is very potent DNA alkylating agent. However duocarmycin as small molecule have not been successful in clinical trials due to its toxicity. However, duocarmycin as payload for an antibody-drug conjugates has been explored by several companies.

Ying Sun, Ph.D., Associate Director of Chemistry, Ambrx, shows that while the linker design for duocarmycin has been challenging scientist at Ambrx have developed a new linker design with novel lysosomal cleavage mechanism, which leads to potent and stable duocarmycin conjugates.

Chudasama will detail the latest data on next generation maleimide and pyridazinedione reagents for the site-selective modification of antibodies (robust serum stability, in vitro selectivity, in vivo efficacy, and an update our first-in-class reagents that effect both disulfide reduction and functional re-bridging). He will also present, how his team of scientists has been able to use their platforms to create bispecifics, and a novel strategy for making DAR 2 constructs from a native antibody scaffold.

With such an exciting program, make sure to visit Boston to attend the 2017 edition of PEGSBoston.