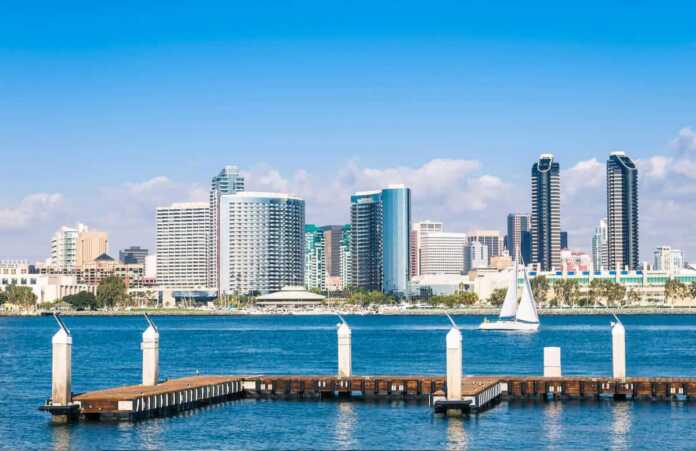 Being non-toxic and non-immunogenic, PEGs are very suitable for biological applications because they do not initiate an immune response. This means that they can be added to media and attached to surfaces and conjugated to molecules without interfering with cellular functions or target immunogenicities. As a result, they are often used for protein precipitation and activated for binding to polypeptides and proteins. [1][2]

The useful characteristics of PEG Linkers have been increasingly recognized in bioconjugation, biolabeling and ADC research and development. This is, in part, due to their water solubility, lack of toxicity and well-defined chain lengths.

A common feature of numerous linkers used to prepare antibody-drug conjugates is their hydrophobicity – or their inability to dissolve in water.

In most cases, the average drug-to-antibody ratio (DAR) or the number of drug molecules per antibody does not exceed 3-4 drug molecules per antibody molecule.  Attempts to increase the DAR have often failed.  This is especially the case when both the cytotoxic agent and the linker are hydrophobic. Other reasons may be caused due to aggregation of the antibody-drug conjugates, the loss of affinity for the target antigen, and/or rapid clearance from circulation.

Many of the problems seen with hydrophobic linkers can be overcome by sulfonate- or PEG-containing hydrophilic (aqueous-soluble) linkers which are characterized by high solubility in both organic and aqueous solutions.

The attachment of PEG-based linkers to proteins and other biomolecules decreases aggregation and increases solubility.

Furthermore, branched or multi-arm PEG linkers enable conjugation of hydrophobic organic molecule drugs, such as a maytansinoid, at a higher rations of DAR than hydrophobic SPDB and SMCC linkers used earlier without triggering aggregation or loss of affinity of the resulting conjugate. This, in turn, results in the ability to deliver a higher concentration of cytotoxic drug into the target cells per antibody binding event.

Founded in 2009, BroadPharm takes our customer needs as our highest priority. The company has over 2,000 discrete, high purity PEG reagents in stock which can be shipped to our clients immediately.

Advantage
Broadpharm’s PEG products offer many advantages over traditional linkers such as high water solubility, reduced aggregation and low immunogenicity. These PEG reagents have been widely used in bioconjugation, the development of antibody-drug conjugates or ADCs, as well as therapeutic, drug delivery and diagnostics fields.

In addition, the company also offers IP-protected custom synthesis and bio-conjugation services for clients in the pharmaceutical and biotech industries. This includes providing timely technical support to address a client’s specific need and offer technical advice for the best use of the company’s new products.

With a strong background and expertise in modern chemistry, innovative and novel PEG technology and state-of-the-art equipment, BroadPharm helps customers to accelerate their research through cost-effective and efficient solutions.

Q – Tell us a bit about the company.

Founded in 2009, BroadPharm has rapidly become a leading manufacturer and supplier of high quality PEGylation reagents, ADC linkers and Bio-labeling tools to the pharmaceutical and biotech industry worldwide. These reagents are manufactured using our innovative technology with strict QA/ QC standards to ensure that world-class reagents are supplied to the market. Hundreds of pharmaceutical and biotech companies, as well as academic institutes, are using our products.

Q – You’ve developed a series of ADC linkers with water soluble PEG spacer of various lengths to further empower antibody drug conjugates and other drugs development research. Tell us a bit about that.

We offer a series of PEGylated ADC linkers to our clients in ADC drug development such as Mal-PEG-Val-Cit-PAB-PNP and Azido-PEG-Val-Cit-PAB-PNP. Introduction of the PEG moiety to the ADC linker helps improve its aqueous solubility and optimizes its DMPK profile. BroadPharm also collaborates with our ADC drug development clients to design and synthesize new ADC linkers with or without PEG chains.

Beyond ADCs
PEG linkers are also applied in small molecules drug modifications as exemplified by NKTR-181, a novel drug and a first-in-class opioid analgesic as well as a new chemical entity (NCE) that is the first full mu-opioid agonist molecule designed to provide potent pain relief. The attachment of a short-chain PEG to a five-ring morphinan prevents the drug from crossing the blood-brain barrier and makes it a non-habit-forming drug and preventing drug abuse.