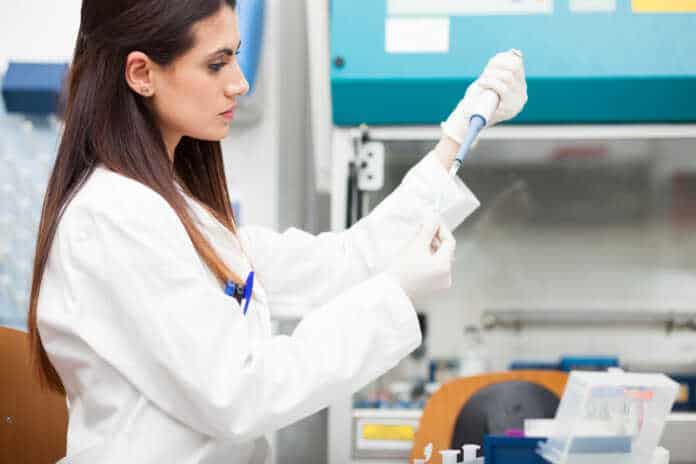 “… The Goal is… to establish brentuximab vedotin as the foundation of care for CD30-expressing lymphomas and redefine frontline treatment in Hodgkin lymphoma and MTCL through… a broad, late-stage clinical development program currently underway. The ECHELON-2 clinical trial represents our fourth phase III study to complete enrollment”

Antibody-drug Conjugate
Brentuximab vedotin is an antibody-drug conjugate or ADC directed to CD30, which is expressed on several types of non-Hodgkin lymphoma, including subsets of MTCL, as well as Hodgkin lymphoma. The drug is currently not approved for the frontline treatment of MTCL.

The agent includes an anti-CD30 monoclonal antibody attached by a protease-cleavable linker to monomethyl auristatin E (MMAE), a microtubule disrupting agent, utilizing Seattle Genetics’ proprietary technology. The ADC employs a linker system that is designed to be stable in the bloodstream but to release MMAE upon internalization into CD30-expressing tumor cells.

Brentuximab vedotin is being evaluated broadly in more than 70 ongoing clinical trials, including two phase III studies, ECHELON-1 in frontline classical Hodgkin lymphoma and ECHELON-2 in frontline mature T-cell lymphomas, as well as trials in many additional types of CD30-expressing malignancies, including B-cell lymphomas.

Why important
The unmet need in T-cell lymphoma is quite significant. CD30-positive mature T-cell lymphoma (MTCL) is a generally aggressive form of non-Hodgkin lymphoma that is currently underserved by existing chemotherapy regimens. The goal of Seattle Genetics’ ECHELON clinical program is to redefine the frontline standard of care for mature T-cell lymphomas, so that brentuximab vedotin is hopefully part of the regimen called A plus CHP.

Brentuximab vedotin is proving to be an important addition to clinicians’ current arsenal of therapies. Since the approval of the agent in the U.S. five years ago, more than 30,000 lymphoma patients have been treated worldwide, with meaningful impacts on patient outcomes. The ECHELON-2 clinical trial is the company’s fourth phase III trial to complete enrollment.

The trial represents a key component of late-stage clinical development strategy to establish brentuximab vedotin as foundation of care for CD30-expressing lymphomas. Study results from the trial  are expected in late 2017 or early 2018.

Trial design
Patients in ECHELON-2 were randomized to receive a novel combination regimen consisting of brentuximab vedotin plus cyclophosphamide (C), doxorubicin (H) and prednisone (P), referred to as A+CHP, versus cyclophosphamide, doxorubicin, vincristine (O) and prednisone, referred to as CHOP, the recognized standard of care treatment regimen for frontline MTCL. The trial enrolled 452 patients. The ECHELON-2 trial is being conducted under a Special Protocol Assessment (SPA) agreement from the U.S. Food and Drug Administration (FDA) and the trial also received European Medicines Agency (EMA) scientific advice.

“We look forward to the results of the ECHELON-2 frontline MTCL study in the 2017 to 2018 timeframe and expect to refine the timeline in the future. The ultimate goal of this phase III trial is to improve outcomes for frontline patients with CD30-expressing MTCL and, if the trial results are positive, to submit data from this trial to regulatory agencies to expand the label for brentuximab vedotin use in the frontline setting,” Hunder added.

“Achieving target enrollment represents a key milestone for ECHELON-2 as we evaluate the efficacy and safety of brentuximab vedotin in newly diagnosed mature T-cell lymphoma patients, and to our ultimate goal of bringing important new therapies to patients with CD30-positive malignancies,” Huebner added.

American Society of Hematology
Data from a phase I trial evaluating brentuximab vedotin plus CHP in MTCL were previously presented at the American Society of Hematology (ASH) Annual Meetings in 2012 and 2015.  An analysis of these results demonstrated that 26 of 26 patients (100%) achieved an objective response (OR), including 23 (88%) with a complete remission (CR) and three patients (12%) with a partial remission (PR).

The most common adverse events of any grade occurring in more than 30% of patients in this phase I trial were peripheral sensory neuropathy, diarrhea, fatigue and hair loss. Additional four-year follow-up data from this trial will be presented in a poster presentation at the 2016 ASH Annual Meeting in December.