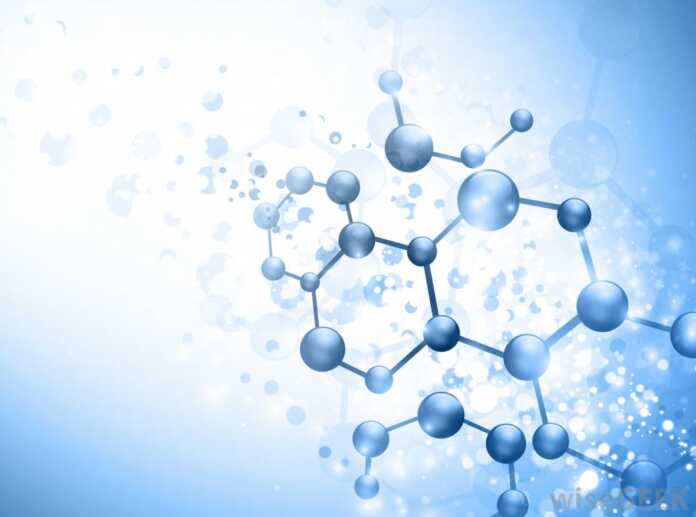 Lung cancer, which is mostly a disease of the elderly*, is defined as the uncontrolled growth of abnormal cells in one or both lungs.  Approximately 60% of all lung cancer diagnoses in the United States are made when the disease is in the advanced stages.

Although the disease is the third most prevalent type of cancer in the world – the American Cancer Society estimates 221,200 new cases of lung cancer diagnoses  in 2015, representing approximately 13% of all cancer diagnoses in the United States (worldwide 1.8 million new cases and 1.6 million deaths) [1][2][3] –  there are only 18 approved drugs in the market for its treatment.  And, alarming, popular treatment options such as pemetrexed (Almita®; Eli Lilly and Company) and bevacizumab (Avastin®; Genentech/Roche) are nearing their patent expiry in 2015 and 2017 respectively.

The impact of smoking
Influenced by strong initiatives from World Health Organization (WHO) the American Cancer Society and other health organizations, North America has seen a significant decline in the number of regular smokers – directly leading to a reduced incidence of smoking related lung cancer.**

A report published in 2014 by the U.S. Centers for Disease Control and Prevention (CDC) shows that tobacco control efforts are yielding positive results. [4]  The report showed that lung cancer incidence rates went down 2.6% per year among men – from 87 to 78 cases per 100,000 men – and 1.1% per year among women – from 57 to 54 cases per 100,000 women. The fastest drop was among adults aged 34-44, decreasing 6.5% per year among men and 5.8% among women. According to CDC Director Tom Frieden, M.D., M.P.H: “These dramatic declines in the number of young adults show that tobacco prevention and control programs work – when they are applied.”

However, countries like China seem to have started showing a rapid increase in the number of lung cancer cases, which are expected to greatly effect the market for treatment options in the next few years. As such, the lung cancer therapeutics market offers vast potential that drug manufacturers are vying to tap into.

A new analysis published by Frost & Sullivan, a company focusing on leveraging visionary innovations addressing the global challenges and related growth opportunities that will make or break today’s market participants, finds that many niche as well as established drug manufacturers are devoting many resources to the research and development of targeted therapies, which are likely to replace conventional medicine within the next ten years. [5] The U.S. Food and Drug Administration (FDA), European Medicines Agency (EMA), Japan’s Ministry of Health, Labour and Welfare and the U.S. National Institute for Health (NIH) are also encouraging investments in targeted therapies.

One of the companies in this race, Bristol-Myers Squibb, has already launched Nivolumab (Opdivo®) in Japan, becoming the first company to introduce its drug candidate for the PD-L1 pathway. And earlier This week the U.S. Food and Drug Administration (FDA) approved nivolumab for intravenous use for the treatment of patients with metastatic squamous non-small cell lung cancer (NSCLC) with progression on or after platinum-based chemotherapy in the United States. This is the second approval for nivolumab in the United States within three months, and is based on the results of the CheckMate-017 (NCT01642004) and CheckMate-063 trials (NCT01721759). [7][8]

Nivolumab is a fully human monoclonal antibody directed against the negative immunoregulatory human cell surface receptor programmed death-1 or programmed cell death-1/PCD-1 (PD-1), an Ig superfamily transmembrane protein,  with immunopotentiation activity.   The drug, as part of its mechanism of action, binds to and blocks the activation of PD-1 by its ligands PD-L1 and PD-L2, resulting in the activation of T-cells and cell-mediated immune responses against tumor cells or pathogens. Activated PD-1 negatively regulates T-cell activation and effector function through the suppression of P13k/Akt pathway activation.

Other anti-PD-L1 therapies
In early February 2015 Genentech, a member of the Roche Group, received a second Breakthrough Therapy Designation from the  FDA for its investigational cancer immunotherapy MPDL3280A, which is also known as RG7446. This designation was granted for the treatment of people with PD-L1 positive non-small cell lung cancer whose disease has progressed during or after platinum-based chemotherapy (and an appropriate targeted therapy for those with an EGFR (epidermal growth factor receptor) mutation-positive or ALK-positive tumor).

MPDL3280A is an investigational monoclonal antibody designed to target PD-L1 expressed on tumor cells and tumor-infiltrating immune cells, preventing it from binding to PD-1 and B7.1 on the surface of T cells. By inhibiting PD-L1, the trial drug may enable the activation of T cells, restoring their ability to effectively detect and attack tumor cells.

Antibody-drug Conjugates
Among the new, targeted, therapies being developed for the treatment of lung cancer are  antibody-drug conjugates. ADCs, which are also expected to replace conventional chemotherapies, provide more precise delivery of chemotherapy to cancer cells, resulting in improved effectiveness relative to toxicities. To date, more than 15 companies are developing antibody-drug conjugates in a variety of hematological malignancies and solid tumors.

IMGN289, an antibody-drug conjugate consisting of the humanized anti-EGFR antibody, J2898A, covalently linked to the potent cytotoxic maytansinoid DM1, is a potential new treatment for patients with EGFR-positive solid tumors, such as many head and neck, lung, breast, stomach and esophageal cancers.  Preclinical research found that IMGN289, which is being developed by ImmunoGen, can kill EGFR-positive tumors via direct cell killing as well as via EGFR-inhibition. The trial drug is in the dose-finding portion of a Phase I clinical trial. [9]

Development of another antibody-drug conjugate, lorvotuzumab mertansine (IMGN901; ImmunoGen, Inc) has been halted in extensive-stage small-cell lung cancer (SCLC). Ending this trial, in which patients treated with IMGN901 in addition to the chemotherapy agents etoposide (Etopophos®/Vepesid®; Bristol-Myers Squibb Company), commonly known as VP-16-213 or VP-16, a semisynthetic derivative of podophyllotoxin and carboplatin (Paraplatin®, Bristol-Myers Squibb Company) fared no better than patients treated with etoposide and carboplatin only, was recommended by an independent Data Monitoring Committee (DMC).

Stem CentRx ™, a biotechnology company focused on scientific discovery and development of successful cancer drugs, is currently assessing the safety and tolerability of SC16LD6.5 at different dose levels in patients with small cell lung cancer whose cancer has progressed or recurred following standard chemotherapy. Once a safe and tolerable dose is determined, the anti-cancer activity of SC16LD6.5 will be assessed by measuring the extent of tumor shrinkage. SC16LD6.5 is an antibody-drug conjugate in which targeting the antibody SC16 targets a protein that appears to be expressed on the surface of most small cell lung cancers that have been assessed using an immunohistochemical assay. The drug, D6.5, is a very potent, cell cycle independent DNA-damaging agent.

Drug development and cost
But, as noted by industry observers, the development of new treatments for lung cancer is slow. “The development of targeted therapies for mutations such as kirsten rat sarcoma viral oncogene homolog (KRAS), human epidermal growth factor receptor (HER) and BRAF is yet to pick up pace,” noted  Sumedha Pareek, a Healthcare Research Analyst at Frost & Sullivan.  “[In addition to novel drugs] the market is also in need of cost-efficient drugs.”

The cost of late-stage cancer treatment is approximately 43% higher than the costs involved in early-stage cancer detection ***. Employing combined-modality therapies may help in cutting down these expenses. “For instance, the first-line treatment for NSCLC is typically chemotherapy,” Pareek explained. “This might change with the introduction of Necitumumab (Eli Lilly) a monoclonal antibody and an antineoplastic which binds to the epidermal growth factor receptor (EGFR). At present, the trial drug is in the third phase of clinical trials in the United States. In combination with chemotherapy, Necitumumab has the potential to be the first targeted therapy used for cost-effective first-line treatment.”

Collaboration
The authors if the report expect that overall, close collaboration among pharmaceutical companies, translational scientists and university research groups will continue to aid the much-needed identification of new, economical targeted therapies for lung cancer.

Note:
* In 2011, 82% of those living with lung cancer were 60 years of age or older [2]
** Young people with no prior history of smoking frequently have mutations in the ALK and ROS1 genes. Adenocarcinoma, a form of non-small cell lung cancer, is the most common type of lung cancer found in young, non-smoking women as well as people of Asian descent.
*** The National Institutes of Health estimate that cancer care cost the United States an overall $124.6 billion in 2010, $12.1 billion of which is due to lung cancer. Lost productivity due to early death from cancer lead to an additional $134.8 billion in 2005, $36.1 billion of which was due to lung cancer. [5]

Anetumab Ravtansine does not meet Primary Endpoint in Second-Line Mesothelioma