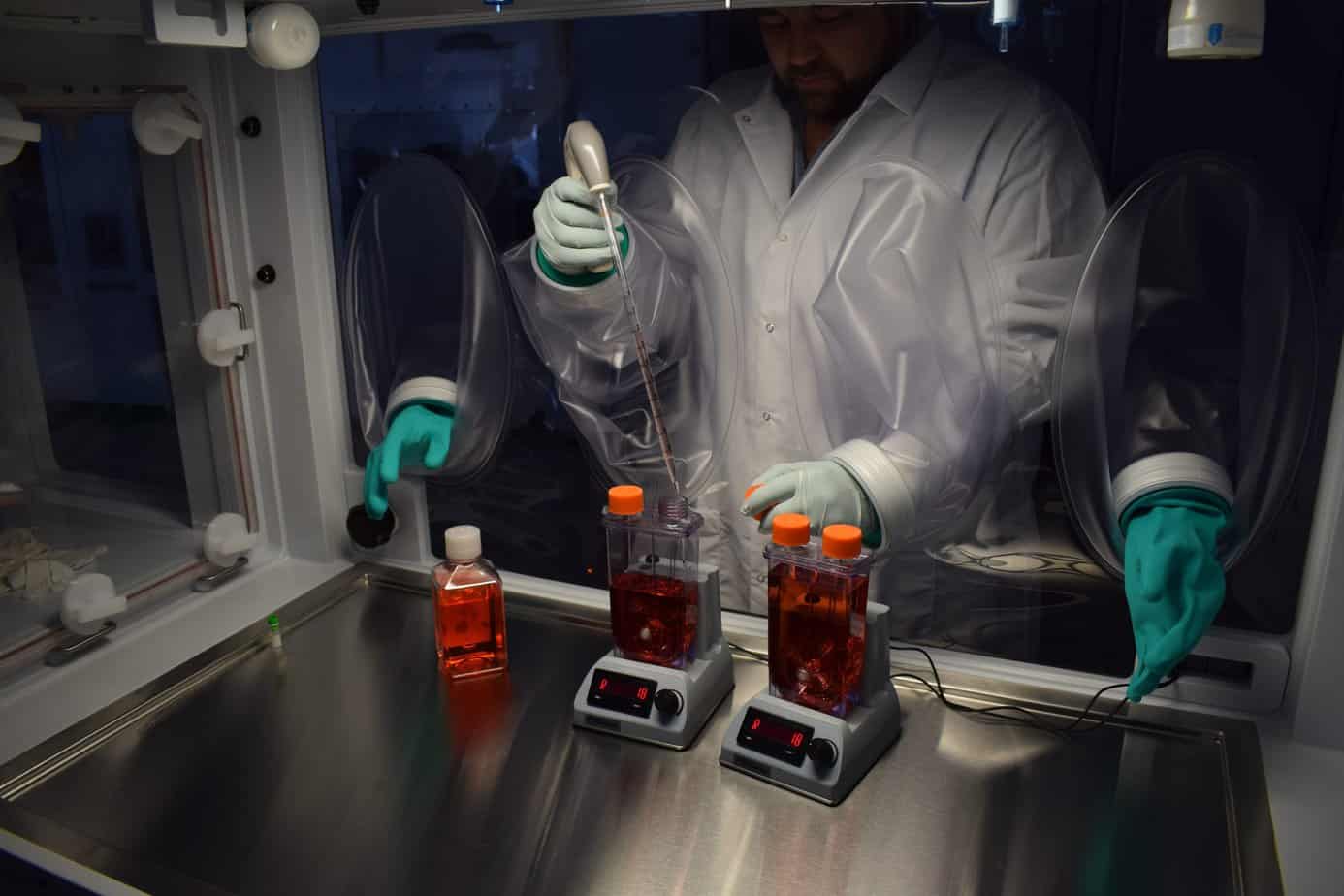 Cell and gene therapies are dominating the world of drug development. With the promise of significant breakthroughs in treatment of diabetes, cancer, and congenital conditions, it is no wonder that research and development is predicted to reach US $ 232.5 billion by 2026, up from $186 billion in 2019 according to the Evaluate Pharma report.

With so much at stake, attention is now shifting to adopting more modern equipment and methods to consistently produce the best cells. At the core of this trend is replacing outdated legacy manufacturing techniques where cells are exposed to air, even if meticulously filtered air, and the negative consequences of that. It is a simple sounding concept.

Since the beginning, Good Manufacturing Practices (GMP) have been based on the use of cleanrooms and isolators. [1] However, the industry is moving toward superior alternatives that accomplish what any air environment cannot: better protection of cells from both microbial contamination and chemical toxicity, and better control of the universal critical cell process parameters – temperature, CO2, and O2. The key is closure, another simple sounding concept.

“Without closure and separation from air, even highly filtered air, protection from microbial contamination in cleanrooms and traditional isolators is dependent on the liberal use of gaseous and liquid chemical microbial biocides. However, they are toxic to the cells too,” says Randy Yerden, a cell biologist and Chief Executive Officer of New York-based BioSpherix, Ltd., a designer and manufacturer of cell incubation, processing, and production systems.

In GMP you must prove they are not harming your cells, which takes tremendous effort. Even then, it is impossible since the damage is often insidious.

“In addition, emerging science tells us exposure to air, even short exposures, can degrade genotypic and phenotypic integrity and contribute to variability in cell populations. It causes suboptimal transients of those 3 critical cell process parameters,” adds Yerden. “Yet this is the norm in cleanrooms and traditional isolators.”

If cells are produced in a more favorable environment, you get better cells, both in terms of the number and consistency of cells produced and most important their therapeutic potency. For these reasons, moving away from legacy facilities, equipment, and practices is essential for advancing cell-based therapies.

Single Use Technology
One only needs to read the industry news to see where it is headed. Take the popularity of pre-sterilized, single-use systems (SUS), which have exploded in use. Keeping cells aseptic inside a pre-sterilized bag, bag/tube assembly or cassette is easy. There is less cleaning and virtually no biocide needed. Add to that the productive functionality of their associated mechanical devices, including and up to full automation, and it explains why these closed SUS devices are a dominant trend in modernization.

However, they don’t necessarily produce the best or most cells. Recent comparability studies from the National Institute of Health (NIH) show surprising results. [2] Although the exposure to air is assumed to be minimal, it is not clear how well exposures to suboptimal transients of the critical process parameters temperature, CO2, and O2 are avoided. Other variables inherent to each fixed SUS platform might also be suboptimal and significantly influence the final cell product.

“This is the challenge with standardized live cell process automation. Whether it is one step, or a few steps, or all the steps in production, an automated process that doesn’t degrade one kind of cell may degrade others,” explains Yerden. “Automating too early in development is a risk. Only clinical trials can tell if the cell product works. Developers need flexibility until clinical trials prove successful, and canned automation is not usually flexible.”

“In development, only comparability studies can tell if a process change, such as automation, improves or hurts product quality. Thus uni-function SUS devices and multi-function SUS devices impose less risk because they do not automate the entire process, but then upstream and downstream steps may still be left exposed to air,” adds Yerden.

Despite the runaway commercial success of automated toti-function SUSs, the obvious up-front limitation is that most cell production processes do not fit in these devices.

“Even if one does fit, will that cell product be clinically effective, or will non-obvious inherent limitations compromise the potency? Certain CAR-Ts are effective, thankfully, but the verdict is still out with other cells,” explains Yerden.

New Category Challenges Dogma & Terminology
Alternatives are starting to appear that achieve all the objectives: complete closure, complete avoidance of air, and virtually no limits or constraints up-front or over time. Some are difficult to describe because they do it in a different way. One example is the Xvivo System model X2 from BioSpherix.

As Yerden explains, “Unlike closed SUS devices, the X2 modular closed system is not constrained to any particular process but can accommodate any entire cell production process – large or small, simple or complex, centralized or distributed, manual or automated.

With interconnected glove chambers, from the outside it looks like an isolator. However, looks don’t tell the whole story. Isolator dogma brings with it preconceived notions: HVAC connections, filtered air blowing through, thick heavy gloves, etc. Like a modern automobile, you really have to look under the hood to find out if it is old gas or new electric.

Unlike any other isolator, the Xvivo System is infinitely configurable with unprecedented plug and play modularity. It assembles from a comprehensive library of modular chambers, co-chambers, and sub-chambers, interconnecting in all different ways to efficiently close by form and fit around the workflow of any different entire production process, including all analytic, processing, and automation equipment.

Cell production often consists of many widely diverse steps. Technicians or industrial robotic arms use the gloves from the outside for manual or man-mimetic robotic steps, or for tending to the equipment or automation inside.

However, in the context of producing high quality cells by avoiding contamination and toxic chemicals, it is more comparable to SUSs.

“It is not a SUS of any kind, but like a SUS it makes aseptic cell production easy,” says Yerden. “Instead of ease with pre-sterilized disposables, it self-sanitizes the entire internal production environment automatically without risky biocides. No biocides may sound like heresy according to GMP dogma, but it works, and the data trumps the dogma. In this regard it could also be called a next generation isolator, or Cytocentric isolator.”

“By eliminating the fluctuations and transient exposures to suboptimal temperature, CO2, and O2 usually caused by all the typical exposures to air in cleanrooms or traditional isolators, you always get cells with better consistency and quality. Sometimes radically better,” emphasizes Yerden.

Notably most stem cells and primary cultures fresh from the patient do best at low O2 levels, which simulate normal physiologic levels. In fact, it is the only cell manufacturing platform that can optimize this critical parameter at every step of production, simultaneously with physiologic CO2 and temperature. However, where necessary, you can simulate air without air, inert with 100% nitrogen, or chill down to refrigerator temperatures.

Compared to cleanrooms, it reduces facility costs by 90% when you look at total cost of ownership at equivalent production capacity over the facility lifecycle. Extremely low operating cost is the game changer, although many forget to factor that into future facility cost estimates.

“When you do, it brings cGMP cell production within reach of even the smallest companies. Combine that with the speed and flexibility of deployment, multi-modal capability due to closure, easy path to regulatory approval due to closure, reduction in virtually all the risks, and high quality of the live cell products, it is next generation regardless of what you call it.” concludes Yerden.

Featured image:By eliminating the fluctuations and transient exposures to suboptimal temperature, CO2, and O2, you get cells with better consistency and quality. Photo courtesy: © 2022 BioSpherix. Used with permission.