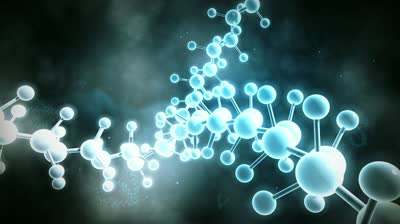 The introduction of two recently FDA-approved antibody-drug conjugates (ADCs) Brentuximab vedotin (Adcetris™; Seattle Genetics), an antibody-drug conjugate (ADC) or immunoconjugate directed to CD30 which is expressed in classical hodgkin lymphoma (HL) and systemic anaplastic large cell lymphoma (sALCL), and ado-trastuzumab emtansine (Kadcyla®; Genentech/Roche), approved as a single medicine for the treatment of people with HER2-positive metastatic breast cancer (mBC) who have received prior treatment with trastuzumab (Herceptin®; Genentech/Roche) and a taxane chemotherapy, has had a major impact on the treatment of lymphoma and breast cancer patients, respectively, worldwide.

Despite the established successes in the clinic, many new ADCs fail at various stages of  the development process.  In many cases this is due to shortcomings in the methods used for their assembly.[1] To remedy some of these developmental issues a number of companies are addressing  these problems.

Homogeneity and Stability
In an effort to improve both the homogeneity and the stability of antibody-drug conjugates, researchers at PolyTherics Ltd (Cambridge CB22 3AT, United Kingdom)  have developed site-specific drug-conjugating reagents that covalently rebridge reduced disulfide bonds, an approach that does not require the antibody to be recombinantly re-engineered for site-specific conjugation. Their novel reagents comprise of a drug, linker, and a bis-reactive conjugating moiety that is capable of undergoing reaction with both sulfur atoms derived from a reduced disulfide bond in antibodies and antibody fragments.  In vitro and in vivo cancer models show  that the resulting conjugates retained antigen-binding, were stable in serum, and demonstrated potent and antigen-selective cell killing.[2]

Proprietary Linkers
HydraSpace™ uses novel proprietary linkers that enable even the most challenging hydrophobic payloads to be efficiently conjugated to antibodies. As a result it is possible to generate stable antibody-drug conjugates with an average homogeneous drug-to-antibody ratio (DAR) of about 2 (DAR2) or 4 (DAR4).  A number of studies comparing antibody-drug conjugates with a different average DAR have shown that a higher average DAR leads to increased efficacy.  This may, however, also lead to somewhat less favorable physicochemical and toxicological properties.[3]

Dual warhead
SynAf­­­­fix’ technology further enables two different cytotoxins to be incorporated into a single therapeutic antibody-drug conjugate (DAR2+2 “dual warhead” ADCs). These, so-called, “dual-warhead” ADC formats may act through multiple mechanisms of action (MOAs) with the intention of treating forms of cancer that are today resistant to available therapies.

HydraSpace™ is an addition to the proprietary underlying site-specific GlycoConnect™ technology of SynAffix which does not require genetic modification of the antibody. This key advantage significantly reduces development timelines enabling proof of concept antibody-drug conjugates to be generated from existing antibody material in a matter of weeks while retaining absolute versatility with respect to the combination of antibodies and payloads possible.

Results from recent animal studies will be presented at the upcoming 9th Annual BIO-Europe Spring® meeting (March 9 – 11, Paris, France).  “We are proud to share results from various animal studies at Bio Europe data that supports the superior therapeutic index of ADCs achieved using our proprietary technology compared to a marketed ADC. With the scalability required for clinical and commercial manufacturing already established and primate immunotoxicology studies planned for later this year our technology is now just one step away from use in clinical trials,” noted Professor Floris van Delft, Chief Scientific Office of SynAffix.

Other technologies
Site-specific conjugation is a valuable asset for modulation and tailoring of protein functionality. Among proprietary products developed by SynAffix is GlycoConnectTM technology which modifies glycoproteins by employing the (native) glycosylation site or glycan portion as natural modification site. GlycoConnect™ involves two distinct steps of enzymatic glycan remodelling (‘tagging’) and selective chemical conjugation.  The technology allows the development of ADCs without requiring prior antibody engineering or mutagenesis and is designed to anchor any toxic payload selectively to the (native) glycan of a monoclonal antibody, thereby delivering ADCs with high stability and fully controlled drug-antibody ratio. This well controlled chemical process leads to consistent distribution and DAR.

Another technologies developed by SynAffix is a proprietary reagent for the metal-free click tool termed bicyclononyne (bicyclo[6.1.0]nonyne; BCN), which optimizes the second stage conjugation of  GlycoConnect- technology, allowing for the versatile and rapid construction of homogeneous and stable antibody-drug conjugates without the requirement for cell line engineering.

This bicyclic framework was developed for fast and selective reaction with azides and stands out, with respect to other cyclooctynes, for its small size and low lipophilicity, two prime considerations for conjugation of often highly lipophilic toxins.

The company’s proprietary approach is expected to results in therapeutics that are anticipated to not only come with an increased safety profile but are also more potent against a variety of different cancer types.

“Our vision is to be the preferred technology partner to enable the development of superior targeted cancer therapeutics through its proprietary GlycoConnect and HydraSpace technology platforms allowing for first-in-human glycan-conjugated antibody-drug conjugates in 2016,” Van Delft concludes.