Preclinical data from a novel, proprietary ADC technology platform being developed by ProfoundBio was being presented at the 2021 Molecular Targets and Cancer Therapeutics conference hosted by the American Association for Cancer Research (AACR), the National Cancer Institute (NCI), and the European Organisation for Research and Treatment of Cancer (EORTC).[1]

Research has shown that Antibody-drug Conjugates with better hydrophilicity are less prone to aggregation, have lower systemic clearance, and have greater anti-tumor activities. However, the need of incorporating lipophilic payloads with enhanced bystander activity has shown significant challenges. This is especially the case at higher drug-antibody ratios (DAR).

During the AACR-NCI-EORTC Virtual International Conference on Molecular Targets and Cancer Therapeutics, being held October 7-10, 2021, researchers from ProfoundBio presented novel hydrophilic linkers that can greatly improve the hydrophilicity of ADCs conjugated to lipophilic payloads such as exatecan.

Exatecan is a structural analogue of camptothecin. Camptothecin (CPT), which targets topoisomerase I, was isolated in 1966 from the Chinese tree Camptotheca acuminata. The therapeutic development of the compound was initially limited by its poor solubility and unacceptable toxicity. However, the identification of topoisomerase I as its target prompted the search for water-soluble, more active, less toxic analogs. Because of its high potency and resistance to Pgp efflux, As a result, exatecan retained considerable promise as an ADC payload, leading to a derivative of the analogue being used as the payload of trastuzumab deruxtecan (Enhertu®; ®; Daiichi Sankyo and AstraZeneca).

A novel approach
By introducing highly polar PEG, polyhydroxyl and/or polycarboxyl groups, a team of researchers at ProfoundBio generated hydrophilic linkers that enable site-specific, highly homogeneous conjugation of exatecan to multiple prototypical antibodies at DAR 8. The same linkers may also allow for other DARs including DAR 4 and DAR 16.

The exatecan-based ADCs with novel hydrophilic linkers were evaluated for their binding affinity and stability and compared with corresponding naked antibodies and deruxtecan-based and conventional vedotin-based ADCs for hydrophilicity, pharmacokinetics, in vitro and in vivo anti-tumor activities.

Based on these interim results, the researchers are planning safety assessments in cynomolgus monkeys.

ADCs conjugated with the novel hydrophilic linkers were stable at 37oC for 15 days,
after 5 cycles of freeze-thaw, and at concentrations as high as 100 mg/mL, as assessed by visual inspection, hydrophobic interaction chromatography, and size-exclusion
chromatography.

The researchers noted a binding affinity to target-positive cell lines that were similar to corresponding naked antibodies. At DAR 8, these novel ADCs were more hydrophilic than deruxtecan-based ADCs and DAR 2 species of conventional vedotin-based ADCs. They also demonstrated potent in vitro cell growth inhibition and induced comparable or stronger tumor regression with single or multiple dosing in multiple mouse xenograft models.

The pharmacokinetics profiles of these ADCs are similar to those of the naked antibodies.

The researchers conclude that their novel hydrophilic linkers can enable conjugation of exatecan-based ADCs at high DARs with favorable physicochemical properties, which result in robust stability, pharmacokinetics, potency, and the potential for a meaningful therapeutic window.

“Our platform enables us to develop ADCs that could otherwise not even be considered for development. By optimizing physiochemical properties, our platform enables the use of hydrophobic payloads at a drug to antibody ratio (DAR) up to 8, and potentially higher, while maintaining similar pharmacokinetics to unconjugated mAb, robust anti-tumor activity, and an acceptable safety profile,” said Baiteng Zhao, Ph.D., Chief Executive Officer at ProfoundBio.

“This technology has the potential to usher in a new generation of ADCs that will meaningfully help patients who have cancer.”

Earlier this year ProfoundBio signed a license and option agreement with Netherlands-based Synaffix. As part of the agreement,  ProfoundBio received access to multiple novel linker-payload technologies developed by Synaffix and includes access to the GlycoConnect™ glycan conjugation and HydraSpace™ polar spacer technologies, both of which are known to optimize the therapeutic properties (efficacy and safety) of ADCs. ProfoundBio was granted non-exclusive license rights to use Synaffix technologies for one therapeutic program.

Under the terms of the agreement, Synaffix is eligible to receive upfront and potential milestone payments worth up to $246 million, plus tiered royalties­­ on net sales. No further financial details are disclosed. Furthermore, ProfoundBio will be responsible for the research, development, manufacturing, and commercialization of the ADC products. Synaffix will closely support ProfoundBio’s research activities and be responsible for the manufacturing of components that are specifically related to its proprietary GlycoConnect™, and HydraSpace™ technologies.

“Selecting the right linker-payload for each ADC is critical for success. Through our collaboration with Synaffix, we can access multiple potent ADC linker-payloads and efficiently optimize the competitive position of our therapeutic pipeline.”

“With the solid experience and track record of our founding management team and a strong venture capital syndicate behind us, we are well-positioned to rapidly progress multiple best-in-class and first-in-class ADC candidates to the clinic,” Zhao concluded. 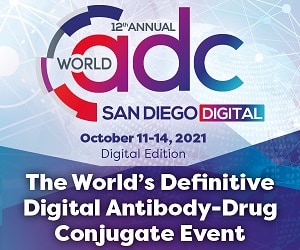