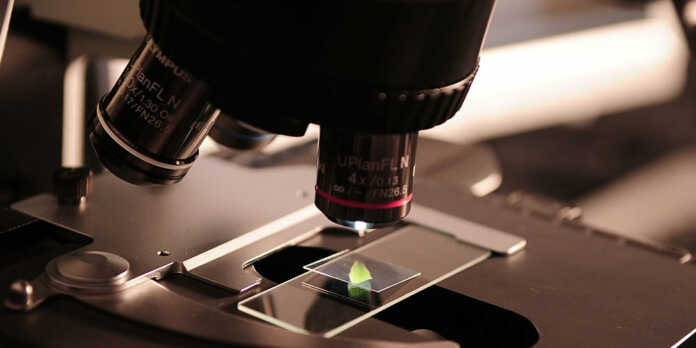 Although research and development continues to break major boundaries in how we understand and fight cancer, the unfortunate truth is that each year there are still more than eight million lives lost to the disease. What’s more, in some areas, the number of new cases is growing. And this rising number of new cancer cases combined with a growing global geriatric population are considered as two major factors that drive the demand for cancer therapies. Furthermore, rising awareness of the effectiveness of biological therapies also contributes to the expanding industry.

“… A rising awareness of the effectiveness of biological therapies …contributes to the expanding industry, which is expected to reach US $ 100 billion by 2023”

According to the report, U.S. still dominates the North American cancer biological therapy market, accounting for over 80% of the revenue in 2015. Increased public funding for R&D and other government initiatives are expected to drive growth in the United States. In Europe, Germany is the largest player in the market due to increased prevalence and favorable public reimbursement and insurance policies. While demand for biological therapy in the Asia Pacific is driving by Japan and China.

lomab-B is Actinium’s lead product candidate that is currently being studied in a 150-patient, multicenter pivotal Phase III clinical trial in patients with relapsed or refractory acute myeloid leukemia who are age 55 and above. Upon approval, Iomab-B is intended to prepare and condition patients for a bone marrow transplant, also referred to as a hematopoietic stem cell transplant, which is often considered the only potential cure for patients with certain blood-borne cancers and blood disorders.

In an interview with OncLive, Sergio A. Giralt, MD, chief of the Adult Bone Marrow Transplant Service and the Melvin Berlin Family Chair in Multiple Myeloma at Memorial Sloan Kettering Cancer Center, commented on Iomab-B and its potential, “New preparative regimens may allow for elimination of cells that could be potentially resistant to current conditioning strategies, Giralt noted. “Adding targeted agents to the pre-transplant conditioning regimen has the potential to increase the antitumor effect. Options include gemtuzumab ozogamicin, an anti-CD33 monocloncal antibody; Iomab-B (BC8-I-131 construct), a radiolabeled antibody-drug conjugate (via the monoclonal antibody BC8) targeted against CD45; and rituximab, an antibody directed against CD20,” he concluded.

On February 7th Actinium Pharmaceuticals announced that a Phase I clinical trial studying Actimab-M in multiple myeloma has been initiated. Actimab-M is comprised of the CD-33 targeting monoclonal antibody HuM-195 coupled to the alpha-particle emitter actinium 225. CD33 is an antigen found on hematopoietic cells in certain blood cancers. It is commonly associated with myeloid malignancies including AML, but recent research has shown that CD33 can also be found on malignant cells of approximately 25%-35% of all multiple myeloma patients. The expression of this marker increases in relapsed and refractory myeloma.

Trial collaboration with the National Cancer Institute
Agenus, an immuno-oncology company with a pipeline of immune checkpoint antibodies and cancer vaccines, announced recently a clinical trial collaboration with the National Cancer Institute (NCI). The double-blind, randomized controlled Phase II trial will evaluate the effect of of the company’s personalized autologous vaccine candidate, Prophage™ (HSPPC-96), in conjunction with Merck’s pembrolizumab on the overall survival rate of patients with newly diagnosed glioblastoma (ndGBM). The trial will be conducted by the Brain Tumor Trials Collaborative (BTTC), a consortium of top academic centers led by Mark Gilbert M.D. of the Neuro-Oncology Branch at the NCI Center for Cancer Research.

This month, Exelixis and Takeda Pharmaceutical Company announced an exclusive licensing agreement for the commercialization and further clinical development in Japan of cabozantinib, Exelixis’ lead oncology medicine. With the signing of the agreement, Takeda gains exclusive commercial rights for all potential future cabozantinib indications in Japan.

“As an organization with a strong focus on oncology innovation, our agreement with Exelixis brings a promising and well-studied solid-tumor therapy to our pipeline that may help patients in Japan suffering from RCC and potentially other equally devastating cancers,” noted Tsudoi Miyoshi, Head of Japan Oncology Business Unit of Takeda.

Columbus trial
In November 2016 Array BioPharma and Pierre Fabre jointly announced the new results from the pivotal Phase III COLUMBUS trial of binimetinib plus encorafenib (bini/enco) treatment in BRAF-mutant melanoma patients at the Society for Melanoma Research Annual Congress. The study met its primary endpoint, with the combination of bini/enco significantly improving progression free survival (PFS) compared with vemurafenib, a BRAF inhibitor, alone. Melanoma is the fifth most common cancer among men and the seventh most common cancer among women in the United States, with more than 76,000 new cases and over 10,000 deaths from the disease expected in 2016.

Olaparib
AstraZeneca has a deep-rooted heritage in Oncology and offers a quickly growing portfolio of new medicines that have the potential to transform patients’ lives. The company recently announced positive results from its Phase III OLYMPIAD trial comparing olaparib (Lynparza) tablets (300 mg twice daily) to physician’s choice of a standard of care chemotherapy in the treatment of patients with HER2-negative metastatic breast cancer harbouring germline BRCA1 or BRCA2 mutations. Patients treated with olaparib showed a statistically-significant and clinically-meaningful improvement in progression-free survival or PFS compared with those who received chemotherapy.

But AstraZeneca, who bought Spirogen in 2013, is, through its biologics unit MedImmune, also heavily involved with the development novel antibody-drug conjugates. Spirogen has developed a potent and flexible class of ADC payloads based on the company proprietary Pyrrolobenzodiazepine (PBD) technology, which are now included in the AstraZeneca/MedImmune pipeline.

With a robust oncology pipeline of investigational therapies in varied stages of clinical development, the company strives to eliminate cancer as a major cause of death.