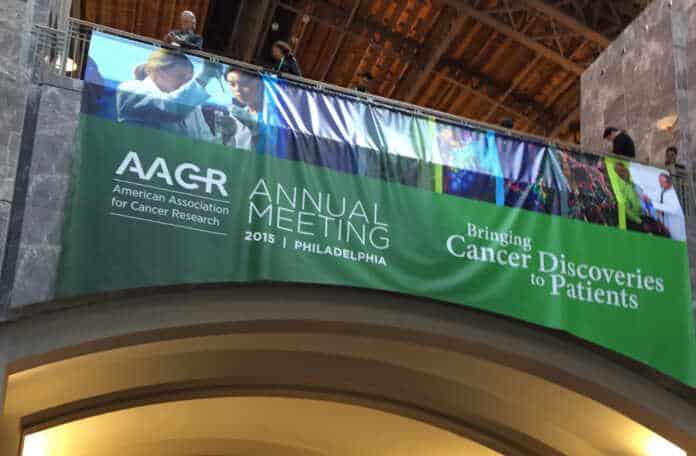 The 106th Annual Meeting of the American Association for Cancer Research (AACR) being held April 18-22, 2015 in Philadelphia, PA, included a poster presentation discussing the activity of a novel anti-CD22 antibody-drug conjugate being developed by Swiss based ADC Therapeutics Sarl.[1]

CD22 is a 135 kDa type I transmembrane sialoglycoprotein. Because expression is restricted to the cells of B lymphoid lineage, it is considered to be an ideal target for conjugate delivery [2]. CD22 is observed during B cell development at low levels in the cytoplasm of pro- and pre-B cells, and on the cell surface of mature cells with IgM and IgD positivity. The antigen is also found highly expressed on most malignant mature B cells, including follicular lymphoma (FL), marginal zone lymphoma (MZL), mantle cell lymphoma (MCL), difuse large B-cell lymphoma (DLBCL), small lymphocytic lymphoma (SLL) and chronic lymphocytic leukemia (CLL). [3][4] High expression of CD22 antigen is found on the surface of leukemia cells were CD22 is expressed in up to 100% of mature B cell acute lymphoblastic leukemia (ALL) and in 93% to 96% of cases of B cell precursor ALL [5]

An attractive target
CD22 is an attractive target for antibody-drug conjugate-mediated treatment of B-cell malignancies. This is based the differential and favourable expression profile of CD22 in tumor versus normal tissue, together with its rapid internalization upon binding ligand or antibody. [6] CD22 is an especially attractive target for hLL2-PBD – an ADC composed of the humanized anti-human CD22 monoclonal antibody epratuzumab (hLL2), stochastically conjugated via a cathepsin-cleavable valine-alanine (val-ala) peptide linker to a PBD dimer toxin. The drug to antibody ratio or (DAR) is 2.5.

Preclinical results
In a preclinical study, which was jointly conducted by ADC Therapeutics, Spirogen  (a division of AstraZeneca) and University College London, London, investigators aimed to characterize the in vitro cytotoxicity, in vivo efficacy and pharmacokinetics (PK) of hLL2-PBD.

Finally, an analysis of hLL2-PBD in non-tumour bearing mice showed a favorable pharmacokinetic (PK) profile, with a blood half-life of approximately 9 days.[1]

Further development
Commenting on the results, Patrick van Berkel, PhD, Senior Vice President Research & Development at ADC Therapeutics noted: “The fact that our ADC showed superior in vivo anti-tumour efficacy to Hu10F4-vcMMAE is highly encouraging. PBD dimers represent a novel class of toxin, which bind DNA in the minor groove and form highly cytotoxic interstrand cross-links, offering the potential to not only enhance the efficacy of ADCs, but also to reduce resistance to ADCs with different payloads.”

Overall, the presented data demonstrate the potent in vitro and in vivo anti-tumour activity of hLL2-PBD against CD22-positive hematological tumors and warrant further development of this novel antibody-drug conjugate into the clinic.