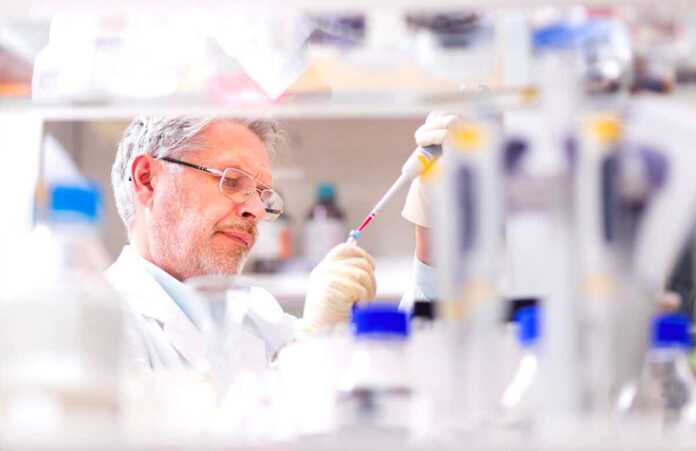 Multiple myeloma is an incurable hematologic malignancy formed by malignant or transformed plasma cells in which the cancerous plasma cells can crowd out healthy blood cells, impair bone strength and weaken the immune system.

Today, multiple myeloma is managed with sequential lines of treatment that typically yield shorter durations of disease control with each subsequent relapse, and some patients receive more than four lines of treatment over the course of their disease.

As a results, there exists a major unmet medical need for patients with multiple myeloma.

“[To effectively treat multiple myeloma and to increase the stringency and durability of remissions] patients are in need of new targeted treatment options,” Lechleider added.

Antibody-drug Conjugate
SGN-CD48A, a potent CD48-targeting antibody-drug conjugate or ADC, utilizing the potent microtubule disrupting cytotoxic agent monomethyl auristatin E (MMAE) and a PEGylated β-glucuronidase-cleavable linker system that can enable a higher drug-to-antibody ratio or DAR, is one of the potential therapies for the treatment of multiple myeloma.

The investigational drug includes a humanized anti-CD48 monoclonal antibody to which eight molecules of MMAE have been conjugated.

The proprietary linker technology developed by Seattle Genetics incorporates a PEG side chain and self-stabilizing maleimide designed to achieve homogenous DAR with decreased plasma clearance and increased preclinical antitumor activity. As a result, the investigational ADC has demonstrated to be highly stable in circulation and release an increased amount of MMAE upon internalization into CD48-expressing cells, producing greater antitumor activity in preclinical studies.

It is also expressed on B and T lymphocytes, natural killer (NK) cells, and other immune cell types where it functions to modulate immune cell activation, proliferation, and differentiation.

In preclinical development SGN-CD48A has demonstrated potent cytotoxic activity (EC50 values 1.0 – 11 ng/mL) against a panel of human multiple myeloma cell lines, with CD48 expression levels of 135,000 – 480,000 receptors per cell. However, the drug had negligible cytotoxic activity against normal resting human B, NK, and T lymphocytes.

Phase I trial
As part of the development SGN-CD48A, a first patient was dosed in a phase I clinical trial evaluating the safety and tolerability of the investigational agent.

“SGN-CD48A uses our latest ADC technology, and the initiation of this phase I trial in relapsed or refractory multiple myeloma highlights our continued leadership in ADCs as we address this challenging disease,” Seattle Genetics’ Lechleider added.

The phase I study is a multicenter open-label dose-escalation trial designed to enroll approximately 75 patients with relapsed or refractory multiple myeloma.

Schedule
In this phase I clinical trial SGN-CD48A will be administered at an initial dosing interval of every three weeks. The primary objectives of the trial are to evaluate the safety and tolerability of SGN-CD48A and to identify the maximum tolerated dose (MTD). Key secondary objectives include assessing the antitumor activity and identifying the recommended single-agent dose and schedule.

Immunomedics Presents Updated Results from its ADC Program at ASCO