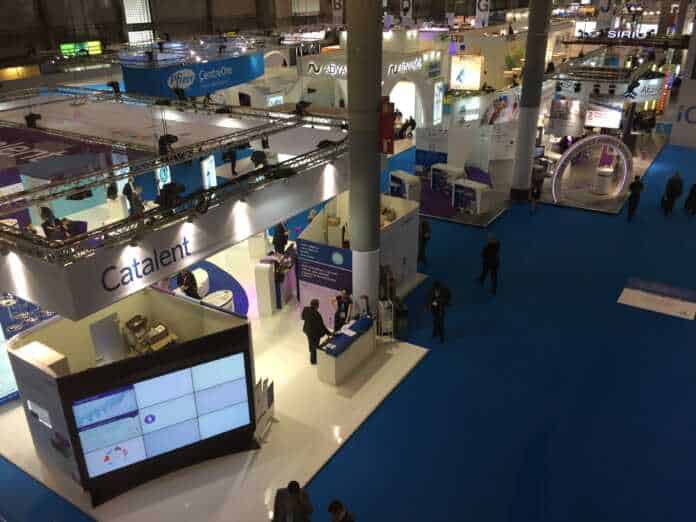 This week, during the annual CPhI World Wide congress and exhibition being held in Barcelona, Spain, June 4 – 6, 2016, Catalent, the leading global provider of advanced delivery technologies and development solutions for drugs, biologics and consumer health products, and Triphase Accelerator Corporation, a company dedicated to acquiring and developing novel therapeutics for the treatment of cancer, announced that Triphase will obtain worldwide rights to further develop Catalent’s proprietary CD22-4AP Antibody-drug Conjugate (ADC).

Triphase Accelerator is a private drug development company with a primary focus on oncology and with operations in Toronto and San Diego. The company is dedicated to advancing novel compounds through Phase II proof-of-concept clinical studies using a unique, science- based, high-quality model that is faster and more cost-effective than traditional pharmaceutical and biotech industry drug development approaches. Triphase Accelerator was spun out of the Ontario Institute for Cancer Research (OICR), with support from the Fight Against Cancer

CD22
CD22-4AP is a novel, site-specific antibody-drug conjugate, targeting CD22, a B-cell restricted sialoglycoprotein that is an important modulator of B-cell signaling and survival, which is expressed on 90% of B-cell malignancies. CD22 is a clinically validated ADC target with potential in Non-Hodgkin’s Lymphoma (NHL) and Acute Lymphoid Leukemia (ALL). Catalent’s ADC, CD22-4AP, is a site- specific modified humanized antibody conjugated to a toxin payload using Catalent’s proprietary Hydrazino-Pictet-Spengler (HIPSTM) chemistry and proprietary 4AP linker.

Pre-clinical data
Pre-clinical data has shown that this optimization of payload placement and linker composition, combined with the stability afforded by HIPS chemistry, leads to better tolerability and expanded therapeutic index.

“Given our deep experience in investigating potential treatment for blood cancers and oncology clinical drug development, it is a logical progression for us to explore other approaches for other hematologic tumors,” said Mohit Trisha, PhD, Chief Scientific Officer, Executive Vice President and Head of R&D at Triphase.

“We believe in the potential of Catalent’s SMARTag technology and look forward to advancing CD22-4AP to clinical proof of concept studies,” he noted.

“We look forward to leveraging Triphase’s expertise in combination with our proprietary SMARTag technology and supporting infrastructure to bring this potentially transformational treatment to patients,” Riley confirmed.

As part of the licensing agreement, Catalent will receive an upfront payment and has the potential to earn additional development and commercial milestone payments, plus a royalty on product sales. Triphase will also contract with Catalent for development, manufacturing and analytical services to support a fast path to clinic.

What the Experts Teach: PepTalk 2015