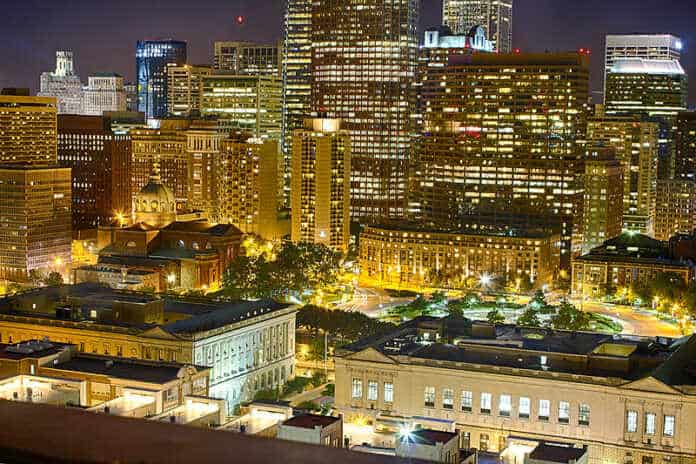 A large number of preclinical abstracts accepted for presentation include data in support of Seattle Genetics’  SGN-CD19A and SGN-CD70A, and activation of immune cells by SEA-CD40 and brentuximab vedotin (Adcetris®). The Annual AACR meeting also included multiple presentations featured in Special Sessions and Symposia by the company’s leadership team on the critical role of antibody-drug conjugates in the current and future cancer treatment landscape. Finally, SGN-CD33A was featured in the AACR’s New Drugs on the Horizon session, focusing on the preclinical rationale and early clinical data for this first-in-class ADC incorporating Seattle Genetics’ newest pyrrolobenzodiazepine (PBD) dimer technology.

SGN-CD70A
Previous studies have demonstrated that PBD dimers bind to the minor groove of DNA causing an interstrand crosslink. A major research question was how the cells recognize and respond to this insult. The researchers found that SGN-CD70A treatment alone causes a G2 arrest and a modest increase in polyploid cells whereas synergistic combinations with SGN-CD70A and DNA damage kinase and Mps1 inhibitors decrease the number of cells in G2 while markedly increasing polyploid cells. Hence, the data suggested that induction of mitotic catastrophe may be part of the cellular response to SGN-CD70A treatment. Based on these results, the researchers decided to investigate whether sequencing SGN-CD70A and various mitotic inhibitors may increase synergy. (Abstract #946; Sunday, April 19, 2015, 4:50 PM – 5:05 PM)[1]

A poster presentation on Monday, April 20, 2015 (Abstract #1686) focused on the target characteristics of CD70, a member of the TNF superfamily expressed primarily on activated lymphocytes, in both aggressive non-Hodgkin lymphomas as well as clear cell renal cell carcinoma. Based on the unmet medical needs of these diseases, limited expression of CD70 on normal tissues, predominant membrane expression of CD70, and observed preclinical antitumor activity, SGN-CD70A, a CD70-targeted antibody-drug conjugate, has been advanced into Phase I clinical development for both of these tumor types.[2][3]

SGN-CD19A
Another drug candidate, SGN-CD19A was featured in two poster presentations on Monday, April 20, 2015 (Abstracts #1339 and #2541), illustrating its preclinical activity in combination with standard-of-care agents for acute lymphoblastic leukemia (ALL) and non-Hodgkin lymphoma.[4][5]

A common frontline chemotherapy regimen used to treat adult patients with acute lymphoblastic leukemia is HyperCVAD (cyclophosphamide, vincristine, doxorubicin, and dexamethasone). To explore the potential for combining SGN-CD19A with these agents (CVAD) ALL patient-derived xenografts (PDX) were developed, as these models are known to more closely reflect clinical disease. The trial data showed that SGN-CD19A in combination with vincristine or dexamethasone resulted in a survival advantage that was similar to that of SGN-CD19A + CVAD. Furthermore, when SGN-CD19A was tested in combination with CVAD and CVAD components in the PDX models, the researchers noted that SGN-CD19A potentiated the single-agent activity of vincristine, cyclophosphamide and doxorubicin. Taken together, the trial data seem to suggest that SGN-CD19A can combine with a frontline ALL chemotherapy regimen and potentially improve outcomes for patients with ALL.[4]

SGN-CD19A, which binds CD19, internalizes, and releases cys-mcMMAF, which ultimately induces apoptosis in targeted cells, is in a phase I clinical trial for adult patients with relapsed refractory B-cell NHL in which it has shown evidence of single-agent activity. In this trial, researchers showed that SGN-CD19A in combination with standard of care (rituximab + ifosfamide + carboplatin +etoposide (R-ICE) or rituximab + cyclophosphamide + doxorubicin + vincristine + prednisone (R-CHOP), or the various components of these treatment options) exceeds the activity of SGN-CD19A alone and results in impressive anti-tumor activity in multiple xenograft models. They noted that in some xenograft models, SGN-CD19A + R-CHOP or SGN-CD19A + R-ICE yielded activity that was similar to SGN-CD19A plus rituximab alone. This strong interaction between rituximab and SGN-CD19A was modeled in vitro. SGN-CD19A synergized with rituximab, in the absence of cross-linking, to cause decreased cell viability in NHL cell lines. Based on these results, there researchers concluded that cell autonomous signaling may contributes to the unique interaction between rituximab and SGN-CD19A. Furthermore, the in vivo and in vitro data supports R-CHOP, R-ICE, or rituximab as viable combination therapies for NHL patients with SGN-CD19A.[5][6]

Most antibody payloads impart significant hydrophobicity to the antibody-drug conjugate resulting in accelerated plasma clearance and diminished in vivo activity, particularly for conjugates with high drug to antibody ratios or DAR. As a result, drug-linkers have been designed to minimize or mask hydrophobicity, enabling a higher DAR and improved pharmacokinetic properties, translating to enhanced in vivo potency.

Researchers at Seattle Genetics recently reported the incorporation of a discrete PEG polymer as a side chain in the β-glucuronide-monomethylauristatin E (MMAE) linker to provide homogeneous DAR 8 conjugates with decreased plasma clearance and increased antitumor activity in xenograft models relative to a non-PEGylated control.

They found that the PEG-glucuronide-MMAE lead , optimized by minimizing the size of the PEG side chain and incorporating a self-stabilizing maleimide to prevent payload de-conjugation in vivo, offers sufficient masking of drug hydrophobicity and is a viable strategy to provide uniform DAR 8 ADCs that preserve ADC pharmacokinetics and increase potency through higher drug loading.[7]

Hypothesizing that membrane permeability of payloads may impact bystander killing in addition to their intrinsic potency, the researchers compared the more membrane permeable payloads, monomethyl auristatin E (MMAE) and pyrrolobenzodiazepine dimer (PBD), to those that are less permeable, monomethyl auristatin F (MMAF) and auristatin T (AT) and found that antiCD30-AT and antiCD30-vcMMAF killed only CD30+ tumor cells in admixed tumors, while antiCD30-MMAE, antiCD30-GlucMMAE and antiCD30-PBD killed both CD30+ and CD30- cells. These results suggest that membrane permeability is one of the key factors determining in vivo bystander killing.

To elucidate the role of antigen positive cells in bystander killing in this model, the researchers varied the implant ratio of CD30+ cells and evaluated antibody-drug conjugate activity in vivo and found that treatment with ADCs in these tumors demonstrated that antiCD30-vcMMAE induced remissions in tumors with 70 or 80% CD30+ cells, whereas antiCD30-PBD produced remissions in all three admixed tumor ratios.

The trial data confirmed that membrane permeable payloads can kill antigen negative cells in vivo and that the enhanced bystander killing by PBD-based antibody-drug conjugates may result from the intrinsic potency of the small molecule and/or membrane permeability.

Combining brentuximab vedotin with immuno-oncology agents
For the first time, data will be presented demonstrating that brentuximab vedotin  induces Immunogenic Cell Death (ICD), a pattern of cytotoxicity associated with activating immune responses within the tumor microenvironment.

This result provides rationale for combining brentuximab vedotin with immuno-oncology agents, such as nivolumab, to maximize cancer cell death and provide a favorable environment for immune activation within the tumor milieu.

As part of a collaboration between Seattle Genetics and Bristol Myers Squibb, two clinical trials are planned for initiation in 2015 to evaluate brentuximab vedotin in combination with nivolumab in relapsed Hodgkin lymphoma and relapsed CD30-positive non-Hodgkin lymphoma. The poster entitled “Brentuximab vedotin-mediated immunogenic cell death” was presented on Monday, April 20, 2015 (Abstract #2469).[9]

“We are also now building on our expertise in empowered antibodies by initiating Phase I clinical development of SEA-CD40, a novel CD40-directed immuno-oncology agent. Finally, we’ve presented data on immunogenic cell death caused by brentuximab vedotin in vitro, providing further rationale for two planned clinical trials in combination with nivolumab under our recently announced collaboration with Bristol Myers Squibb.”

Selectively delivering cytotoxic agents
ADCs are monoclonal antibodies designed to selectively deliver cytotoxic agents to tumor cells. With over seventeen years of experience and knowledge in ADC innovation, Seattle Genetics has developed proprietary technology employing synthetic cytotoxic agents and stable linker systems that attach these cytotoxic agents to the antibody. Seattle Genetics’ linker systems are designed to be stable in the bloodstream and release the potent cell-killing agent once inside targeted cancer cells. This approach is intended to spare non-targeted cells and thus reduce many of the toxic effects of traditional chemotherapy while enhancing antitumor activity.

Sugar-engineered antibody technology
In addition to the development of novel antibody-drug conjugates, Seattle Genetics is developing a novel approach called sugar-engineered antibody or SEA technology.  This technology is designed to increase the potency of monoclonal antibodies. SEA technology produces a non-fucosylated monoclonal antibody, resulting in an enhanced innate immune response. Among the first clinical antibody employing this technology is SEA-CD40. Enhanced binding to effector cells results in better crosslinking and activation of CD40 signaling in immune cells. This stimulation of the patient’s own immune cells has the potential to result in antitumor activity.