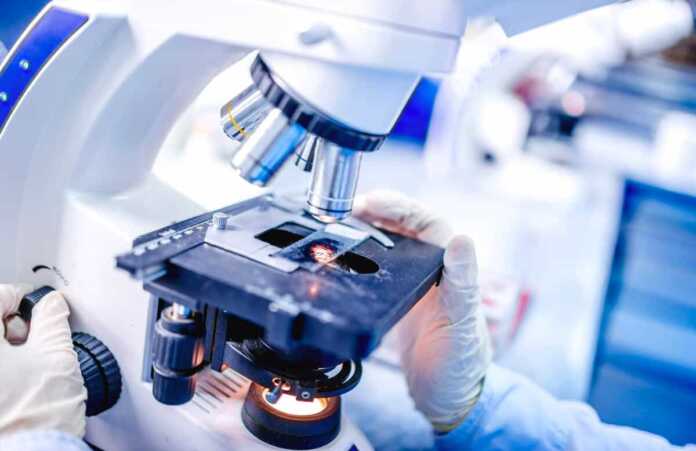 Mersana Therapeutics, a clinical-stage biopharmaceutical company developing a pipeline of antibody-drug conjugates or ADCs designed to target cancers in areas of high unmet need, confirmed that, after a strategic evaluation, the company and its partner Takeda, will discontinue the development of XMT-1522, a  antibody-drug conjugate targeting HER2-expressing tumors, including patients with advanced HER2-positive breast and gastric cancer, as well as advanced breast cancer with low HER2 expression and non-small cell lung cancer (NSCLC).

XMT-1522 contains a proprietary HER2 antibody which is conjugated with Mersana’s Dolaflexin® platform – a Fleximer polymer linked with a novel, proprietary, auristatin payload. The investigational agent provides a drug load of approximately 12 molecules per antibody, specifically designed to improve potency while simultaneously increasing tolerability.

In a statement, the company confirmed that it will work with investigators to ensure that patients benefiting from XMT-1522 will continue to have access to the therapy as needed.

“On behalf of the Company and our partner Takeda we want to thank the patients and their families for their participation in the study, as well as the investigators and our team for their diligent work on the clinical development of XMT-1522. We are committed to leveraging our proprietary ADC platforms to generate a differentiated pipeline of ADCs,”  said Dirk Huebner, MD, Chief Medical Officer, Mersana Therapeutics.

XMT-1536
Following strategic evaluation, Mersana will focus its resources on the advancement of XMT-1536, a first-in-class ADC candidate targeting NaPi2b.

“While still in early clinical development, we are encouraged with the safety, tolerability, and activity of XMT-1536 as well as the pace at which the current study is advancing. For this reason, we have decided to focus our resources on advancing XMT-1536, our first-in-class ADC candidate targeting NaPi2b, a clinically validated ADC target broadly expressed in ovarian and NSCLC adenocarcinoma, for which there remains a significant unmet medical need,” explained Anna Protopapas, President and CEO, Mersana Therapeutics.

According to Protopapas, XMT-1536 has the potential to play a significant role in the treatment of these diseases. The shift in focus resulted in the discontinuation of the XMT-1522 development program.

“We have made the difficult decision to terminate the further development of XMT-1522 despite a favorable emerging profile of efficacy and tolerability due to the competitive environment for HER2-targeted therapies,” Protopapas added.

Dose escalation study
The data to date from the ongoing XMT-1536 dose escalation study indicate that the trial has reached clinically relevant dose levels but has not yet reached a maximum tolerated dose. The once-every-three-week regimen has been fully explored.  The once-every-four-week schedule is currently being evaluated.  The 20 mg/m2 dose cohort has been shown to be well tolerated and the 30 mg/m2 is currently being evaluated.

As of December 31, 2018, the dose escalation study of XMT-1536, in multiple tumor types, includes eight heavily pretreated and evaluable ovarian cancer patients treated at clinically relevant doses. These patients are unselected for NaPi2b expression and had 3 to 11 (median 6) prior regimens in the platinum resistant or refractory setting. Of these eight patients, two achieved a partial response and the remaining six achieved stable disease. The higher dose levels currently being evaluated, as well as additional patient enrollment, provide the opportunity to further define and optimize the profile of XMT-1536.

Corporate Goals
Mersana expects to select a dose for use in its Phase I expansion studies and to initiate enrollment of patients in the expansion cohorts in the first half of 2019. The expansion cohorts will focus on platinum-resistant ovarian cancer and NSCLC adenocarcinoma. Mersana also plans to utilize its proprietary and validated immunohistochemistry assay to retrospectively determine NaPi2b expression to determine whether a companion diagnostic would facilitate the clinical development of XMT-1536. Mersana also plans to report Phase I dose escalation data in the first half of 2019.

Pipeline Expansion
The Company expects to disclose its next clinical candidate in the second half of 2019 and is targeting the filing of an Investigational New Drug (IND) application with the U.S. Food and Drug Administration (FDA) in the first half of 2020.

Research and Discovery
Mersana continues to build a pipeline of promising ADCs across a variety of tumor types with significant unmet need, leveraging its three proprietary ADC platforms (Dolaflexin, Dolasynthen, and Alkymer).

Based on the strategic evaluation, Mersana will apply its expertise in ADCs to optimize and validate Immunosynthen, a new platform designed to allow systemic delivery of a potent immunostimulatory molecule to provide optimal efficacy and tolerability.

Collaboration
This week Mersana and Synaffix, a Dutch biotechnology company, confirmed that the two companies have entered into a license agreement in which Mersana gets access to Synaffix’s industry-leading site-specific GlycoConnect™ ADC technology.

“After evaluating several site-specific conjugation platforms, we have chosen Synaffix’s GlycoConnect™ technology for use in future ADC candidates,” Protopapas explained.

“We are excited about the potential of this technology as it is designed not to require additional antibody engineering or cell-line modifications, which would offer us the potential to create site-specific antibodies for use in our ADCs when required,” she concluded.