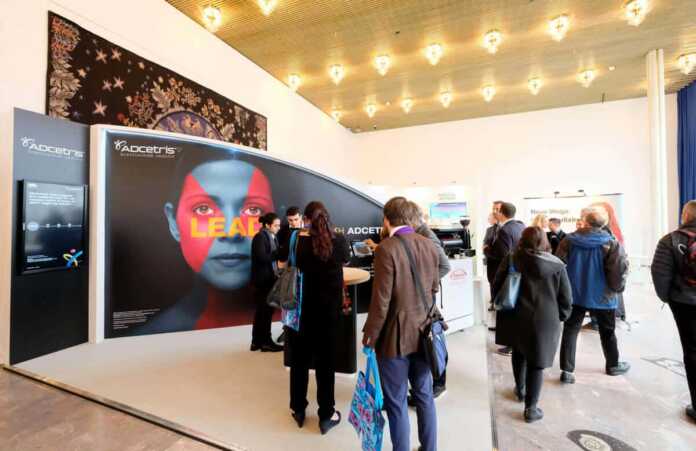 Multiple presentations evaluating brentuximab vedotin (Adcetris®; Seattle Genetics/Takeda*) across a broad range of Hodgkin lymphoma (HL) settings were presented at the 11th International Symposium on Hodgkin Lymphoma (ISHL) taking place in Cologne, Germany, October 27-29, 2018.  This year’s presentations will highlighted Phase III and other clinical data from brentuximab vedotin and continue to build upon our research in CD30-positive lymphoma.

More than 1,100 delegates from over 70 countries participated in an intensive scientific discourse organized by the German Hodgkin Study Group (GHSG).

After more than a decade of dedicated clinical research with brentuximab vedotin, we have made significant progress in improving the treatment outcomes for patients with Hodgkin lymphoma…

Trial evaluation
The data presented at the 11th International Symposium on Hodgkin Lymphoma included both encore and additional analyses from the Phase III ECHELON-1 clinical trial evaluating brentuximab vedotin in combination with chemotherapy in frontline Stage III or IV classical HL adult patients, which formed the basis of U.S. Food and Drug Administration (FDA) approval in this indication in March 2018.

Antibody-drug Conjugate
Bentuximab vedotin is an antibody-drug conjugate (ADC) directed to CD30, a defining marker of classical HL that plays a role in tumor pathogenesis.  The agent uses a protease-cleavable linker system that is designed to be stable in the bloodstream but to release monomethyl auristatin E (MMAE), a microtubule disrupting agent, upon internalization into CD30-expressing tumor cells.

Progress
“After more than a decade of dedicated clinical research with brentuximab vedotin, we have made significant progress in improving the treatment outcomes for patients with Hodgkin lymphoma,” said Nancy Whiting, Pharm.D., Senior Vice President, Clinical Development and Global Medical Affairs at Seattle Genetics.

“At ISHL, we [presented] additional analyses from the ECHELON-1 trial, which demonstrated that Brentuximab vedotin plus AVD improves upon a frontline standard of care regimen, ABVD, in advanced patients and resulted in the first change in advanced stage HL in over 40 years. In addition, three oral presentations will highlight brentuximab vedotin plus nivolumab combination data in frontline and relapsed/refractory HL and five-year data from the phase III AETHERA trial. We are pleased to share these results from our broad brentuximab vedotin clinical development program with the Hodgkin lymphoma community.”

“The presented data a continue to reinforce our dedication to advancing treatment for those affected by Hodgkin lymphoma,” said Jesús Gómez-Navarro, MD, Vice President, Head of Oncology Clinical Research and Development, Takeda.

“[Overall,] the progress we have made in the development of brentuximab vedotin serves as a true testament to the leadership role we have established in the treatment of CD30-positive malignancies, which confirm the long-term benefits of brentuximab vedotin across treatment lines and support its role as an important targeted therapy for Hodgkin lymphoma,” he added.

Analyses
Data from four analyses of the phase III ECHELON-1 clinical trial were be presented at ISHL. Among the presentations are an oral and poster presentation included an analysis from the ECHELON-1 study (Abstract #0038) showing PFS data per investigator that is consistent with the previously reported modified PFS data per Independent Review Facility (IRF).

The ECHELON-1 abstracts included the following:

Thi presentation included data from 62 patients with relapsed or refractory HL who received the combination regimen of brentuximab vedotin plus nivolumab after failure of frontline therapy. In this study patients were treated once every three weeks, with up to four cycles of combination therapy in the outpatient setting. After completion of the fourth cycle of treatment, patients were eligible to undergo an autologous stem cell transplant (ASCT). The median age of patients was 37 years. The majority of patients (95%) were refractory or had relapsed after receiving the standard of care frontline treatment ABVD (Adriamycin, bleomycin, vinblastine and dacarbazine) or some variation of the standard of care (ABVE-PC, R-ABVD). Key findings were presented in an oral presentation by Alex Herrera, M.D., Assistant Professor at the City of Hope Medical Center, Duarte, California.

The median follow-up time was 21.8 months and both median OS and PFS were not yet reached. Of 42 patients who underwent ASCT directly after treatment with brentuximab vedotin plus nivolumab, estimated PFS at 21-months was 97 percent and median PFS was not yet reached.

As previously reported, the most common adverse events (AEs) of any grade occurring prior to ASCT or subsequent salvage therapy in at least 20% of patients were nausea, infusion-related reaction (IRR), fatigue, pruritus, diarrhea, headache, vomiting, cough, pyrexia, dyspnea and nasal congestion.

Combination in patients older than 60 years
Another presentation discussed the results from a phase II study of frontline brentuximab vedotin plus nivolumab in patients with Hodgkin Lymphoma aged ≥60 years (Abstract #0153, oral presentation on Monday, October 29 at 15:05-15:15 CEST).

Jonathan Friedberg, M.D., Director of the University of Rochester Medical Center, NY and presented the interim results from an ongoing Phase II clinical trial evaluating brentuximab vedotin in combination with nivolumab as frontline therapy for HL patients age 60 years or older. The reported results included data from 14 patients. The median age of patients was 71.5 years. The majority of patients (79%) had stage III/IV disease at the time of diagnosis.

Five patients (36%) had IRRs, with the majority of symptoms at Grade 1 and there were no Grade 3 or higher symptoms. Four patients (29%) were treated with corticosteroid and no patients discontinued treatment due to an IRR.

The five-year follow-up efficacy and safety data from the Phase III AETHERA clinical trial designed to evaluate the potential of single-agent brentuximab vedotin to extend PFS post-ASCT in patients with classical HL who were at high risk of relapse or progression were presented by Craig Moskowitz, M.D., Physician in Chief, Sylvester Comprehensive Cancer Center, University of Miami.

Brentuximab vedotin was approved by the FDA in August 2015 for the treatment of adult patients with classical HL at high risk of relapse or progression as post-autologous hematopoietic stem cell transplantation (auto-HSCT) consolidation.

To date, 90% of these patients had resolution or improvement in symptoms, with 73% having complete resolution.

Menarini Ricerche and Oxford BioTherapeutics Progresses MEN1309 into the Clinic

Anetumab Ravtansine does not meet Primary Endpoint in Second-Line Mesothelioma