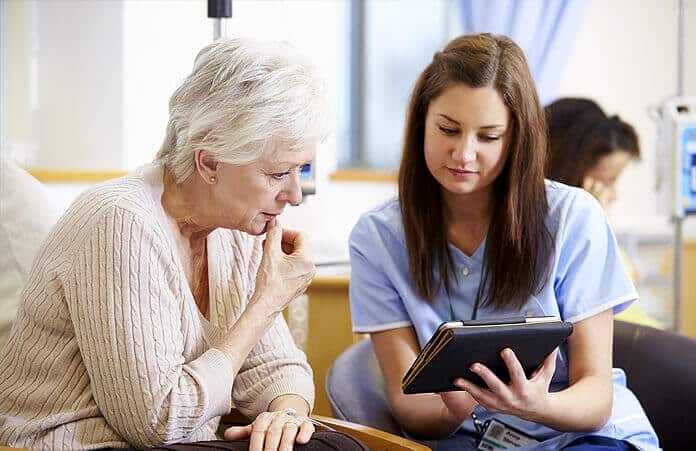 The University of Minnesota‘s Institutional Review Board (IRB) and Cancer Protocol Review Committee (CPRC) has granted GT Biopharma (Westlake Village, CA 91362), permission to proceed with its planned TriKE Phase I clinical trial of GTB-3550 (OXS-3550), a novel agent based on the company’s proprietary technoloy.

GTB-3550, originally developed by Oxis Biotech (a subsidiary of GT Biopharma), is a single-chain, tri-specific scFv recombinant fusion protein conjugate composed of the variable regions of the heavy and light chains of anti-CD16 and anti-CD33 antibodies and a modified form of Interleukin-15 (IL-15), is a cytokine with structural similarity to Interleukin-2 (IL-2).

When the NK stimulating cytokine human IL-15 is used as a crosslinker between the two scFvs, it provides a self-sustaining signal that activates NK cells and enhances their ability to kill.

Planned research
The team at GT Biopharma intends to study GTB-3550, an anti-CD16-IL-15-anti-CD33 tri-specific killer engager, or TriKE, in CD33 positive leukemias, a marker expressed on tumor cells in AML, myelodysplastic syndrome, or MDS, and other hematopoietic malignancies.

CD33 is primarily a myeloid differentiation antigen with endocytic properties broadly expressed on AML blasts and, possibly, some leukemic stem cells. Also referred to as Siglec-3 (sialic acid binding Ig-like lectin 3, SIGLEC3, SIGLEC3, gp67, p67), CD33 is a transmembrane receptor expressed on cells of myeloid lineage. It is usually considered myeloid-specific, but it can also be found on some lymphoid cells. The anti-CD33 antibody fragment that will be used for these studies was derived from the M195 humanized anti-CD33 scFV and has been used in multiple human clinical studies. It has been exploited as target for therapeutic antibodies for many years. Improved survival seen in many patients when the antibody-drug conjugate or ADC gemtuzumab ozogamicin (Mylotarg; Pfizer) was added to conventional chemotherapy validates this approach.

GTB-3550 may, according to results shown in preclinical research, serve as a relatively safe, cost-effective, and easy-to-use therapy for resistant/relapsing AML and could also be combined with chemotherapy as frontline therapy thus targeting the larger patient population.

Investigational New Drug Application
GT Biopharma’s Investigational New Drug (IND) application to the U.S. Food and Drug Administration (FDA) was earlier authorized allowing the company to initiate a first-in-human Phase I study with GTB-3550, its first-in-class TriKE, for the treatment of acute myelogenous leukemia (AML), myelodysplatic syndrome (MDS) and mastocytosis, a condition that occurs when mast cells accumulate in skin and/or internal organs such as the liver, spleen, bone marrow, and small intestines.

Because treatment of the disease, which includes cytarabine and an anthracycline, has no has not changed in over 40 years, there remains a significant unmet need. This medical need is especially noted in about half of AML patients experiencing relapses or requiring alternative therapies. Researchers and physicians alike are exciting about the potential of the new drug, which could be combined with chemotherapy as frontline therapy, thus targeting the larger patient population.

Another unmet medical need is observed in patients with Myelodysplastic Syndrome or MDS, a series of conditions that can occur when the blood-forming cells in the bone marrow become abnormal, leading to low numbers of one or more types of blood cells.

There are several different types of MDS, based on how many types of blood cells are affected and other factors, although the most common finding in MDS is a shortage of red blood cells (anemia). The number of people with MDS diagnosed in the U.S. each year is estimated to be ~10,000. MDS is uncommon before age 50 and is most commonly diagnosed in people in their 70s. In about 1 in 3 patients, MDS can progress to AML, a rapidly growing cancer of bone marrow cells.

Researchers are also looking to use the investigational drug in the treatment of mastocytosis. In adulthood, mastocytosis, a rare disease, tends to be chronic and involve the bone marrow in addition to the skin, whereas, during childhood, the condition is often marked by skin manifestations with no internal organ involvement and can often resolve during puberty.

In most adult patients, mastocytosis, which affects man and woman, tends to be persistent, and may progress into a more advanced category in a minority of patients.

In children, 80% of cases appear during the first year of life, and the majority is limited to the skin. Adults who develop mastocytosis more often have systemic forms of the disease. Cutaneous forms of the disease account for less than 5% of adult cases. An estimate of prevalence from a recent population-based study is approximately 1 case per 10,000 people.

Trial design
The study will be led by Principal Investigator, Erica Warlick, MD, Associate Professor of Medicine, Division of Hematology, Oncology and Transplantation at Masonic Cancer Center, University of Minnesota.

“Our team has been working on the optimal construct for some time, and we are excited to see it is ready for clinical testing. In addition, the same TriKE protein will deliver an interleukin-15 stimulus, a growth factor that makes NK cells proliferate and be more active,” Miller added.

“The clinical trials team at the University of Minnesota are excited to commence the Phase 1 trial testing this novel immunotherapeutic agent, GTB-3550,” noted Anthony Cataldo, the Chief Executive Officer of GT Biopharma.

“The pre-clinical data are compelling, and success with GTB-3550 in this Phase I study will allow us to further investigate the TriKE in a larger number of cancer patients,” he added.

This single center, first-in-human Phase I clinical trial of GTB-3550 will enroll up to 60 subjects with CD33-expressing high risk for refractory/relapsed AML, MDS, or advanced systemic mastocytosis.

Patients participating in the clinical trials will receive a single course of GTB-3550 TriKE given as 3 weekly treatment blocks. Each block consists of four consecutive 24-hour continuous infusions of GTB-3550 TriKE followed by a 72-hour break after Block #1 and #2.

Disease response will be assessed by bone marrow biopsy performed between Day 21 and Day 42 after the start of the 1st infusion.

Follow-up for response and survival continues through 6 months from treatment start.

The primary objective from the Phase I dose finding portion of the study will be to identify the maximum tolerated dose (MTD) of GTB-3550 TriKE defined as the dose level that most closely corresponds to a dose limiting toxicity rate (DLT) of 20%.

The primary objective from the Phase II extended portion of the study will be the potential efficacy of GTB-3550 TriKE, measured using rates of complete and partial remission. Subjects experiencing clinical benefit and no unacceptable side effects may be considered for a 2nd course of GTB-3550 TriKE on a compassionate basis.