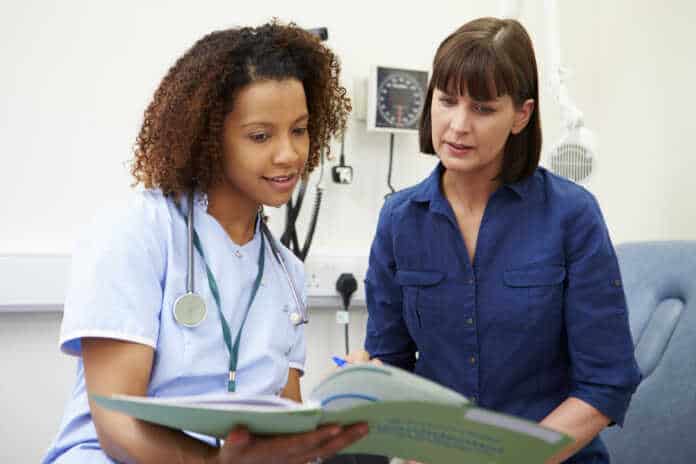 ImmunoGen and Merck, known as MSD outside the United States and Canada, have entered into a clinical research collaboration for the assessment of ImmunoGen’s mirvetuximab soravtansine in combination with Merck’s anti-PD-1 therapy, pembrolizumab (Keytruda®), for the treatment of patients with FRα-positive ovarian cancer.

Silent killer
Long known as a silent killer, ovarian cancer has the highest mortality rate of all female cancers. Globally, each year approximately 240,000 women are diagnosed with ovarian cancer. [1] Furthermore, among all gynecologic cancers, ovarian cancer accounts for the most deaths on an annual basis, taking the lives of  more than 140,000 women.

Unfortunately, most women will only recognize the symptoms of the disease when it is too late. Usually, the ovarian cancer spreads immediately to other tissues in the abdominal cavity such as liver, stomach, intestines, omentum (the fatty tissue attached to the intestines) and the diaphragm (the tin muscle that separate the chest from the abdomen). Soon thereafter, ovarian cancer can also spread through the bloodstream or lymph system (tissue and organs that produce and store cells that fight infection and disease) to other areas in the body, such as lung and brain, where they can form new tumors.[2]

At time of diagnosis about 70% of women have already advanced disease. This is largely due to the fact that ovarian cancer is generally asymptomatic, grows fast and rarely causes pain or other clear and distinguishable symptoms that might lead to early detection.[2]

Today, the standard first-line therapy for ovarian cancer is a platinum-based regimen such as cisplatin or carboplatin (generally favored over cisplatin because it has fewer side effects and is just as effective), and a taxane, such as paclitaxel (Taxol®) or docetaxel (Taxotere®) and potentially additional agents.  Typical, a  treatment involves 3 to 6 cycles of regular doses of a the prescribes drug, followed by a rest period. Once the cancer becomes platinum-resistant, patients may receive single-agent therapy. Response rates with these agents in the second- or third-line setting are typically around 15-20% [3]

Being a clear unmet medical need, researchers have been investigating a number of novel treatment options.

Novel treatment options
Mirvetuximab soravtansine, also known as IMGN853, is an experimental antibody-drug conjugate for FRα-positive cancers that has shown notable activity for FRα-positive ovarian cancer in early clinical testing. Mirvetuximab soravtansine contains a monoclonal antibody (mAb) that enables it to bind to FRα-positive tumor cells with ImmunoGen’s DM4, a maytansinoid cancer-killing agent, attached to kill these cells. In preclinical research conducted by ImmunoGen and independent scientists, antibody-drug conjugates with maytansinoids have been found to enhance the maturation and activation of the dendritic cells of the immune system that stimulate antitumor responses.[4][5] Mirvetuximab soravtansine has also demonstrated notable activity when used as a single agent to treat platinum-resistant FRα-positive ovarian cancer.[6][7][8]

Pembrolizumab is a humanized monoclonal antibody that works by increasing the ability of the body’s immune system to help detect and fight tumor cells. The drug blocks the interaction between PD-1 and its ligands, PD-L1 and PD-L2, thereby activating T-lymphocytes, which may affect both tumor cells and healthy cells.

“Fully realizing the potential for pembrolizumab to help patients with cancer requires strategic collaborations, such as this agreement with ImmunoGen, that explore how complementary approaches might result in improved outcomes for patients,” said Dr. Eric Rubin, vice president and therapeutic area head, oncology early-stage development, Merck Research Laboratories. “We look forward to evaluating the data from this combined approach in patients with FRα-positive ovarian cancer.”

Forward II trial
ImmunoGen is conducting a Phase Ib/II clinical trial, FORWARD II, that evaluates mirvetuximab soravtansine for FRα-positive ovarian cancer used in doublet combination with other anticancer agents. The assessment of mirvetuximab soravtansine with pembrolizumab will be added to this trial, with Merck supplying pembrolizumab. ImmunoGen expects this cohort to open for patient enrollment in the second half of 2016.

ImmunoGen is also assessing the trial drug as a single agent for pretreated FRα-positive ovarian cancer in its Phase II trial, FORWARD I, which is intended to support an Accelerated Approval pathway. Mirvetuximab soravtansine is also now being assessed in separate combinations with pegylated liposomal doxorubicin (Doxil®; Janssen), bevacizumab (Avastin®; Genentech/Roche), and carboplatin in the Phase Ib/II trial, FORWARD II.

The agreement is between ImmunoGen and Merck, through a subsidiary. The agreement includes a provision for potential expansion of the collaboration to include a subsequent Phase III clinical trial.