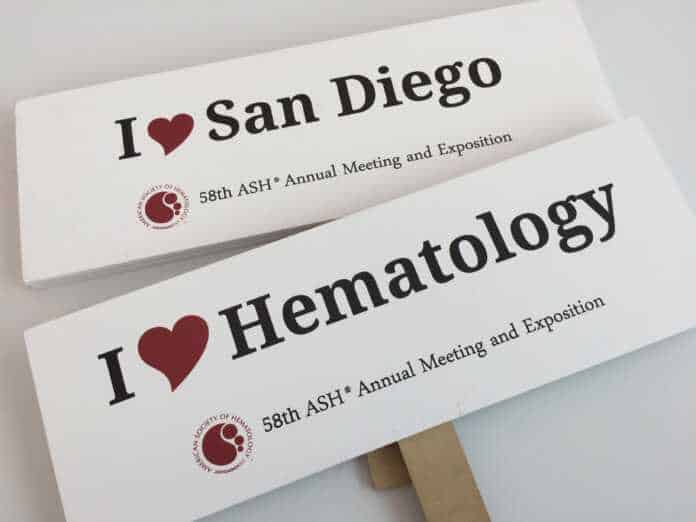 Acute myeloid leukemia is a cancer of the bone marrow cells that produce white blood cells. It causes the marrow to increasingly generate abnormal immature white blood cells (blasts) that do not mature into effective infection-fighting cells. The blasts quickly fill the bone marrow, impacting the production of normal platelets and red blood cells. The resulting deficiencies in normal blood cells leave the patient vulnerable to infections, bleeding problems and anemia. 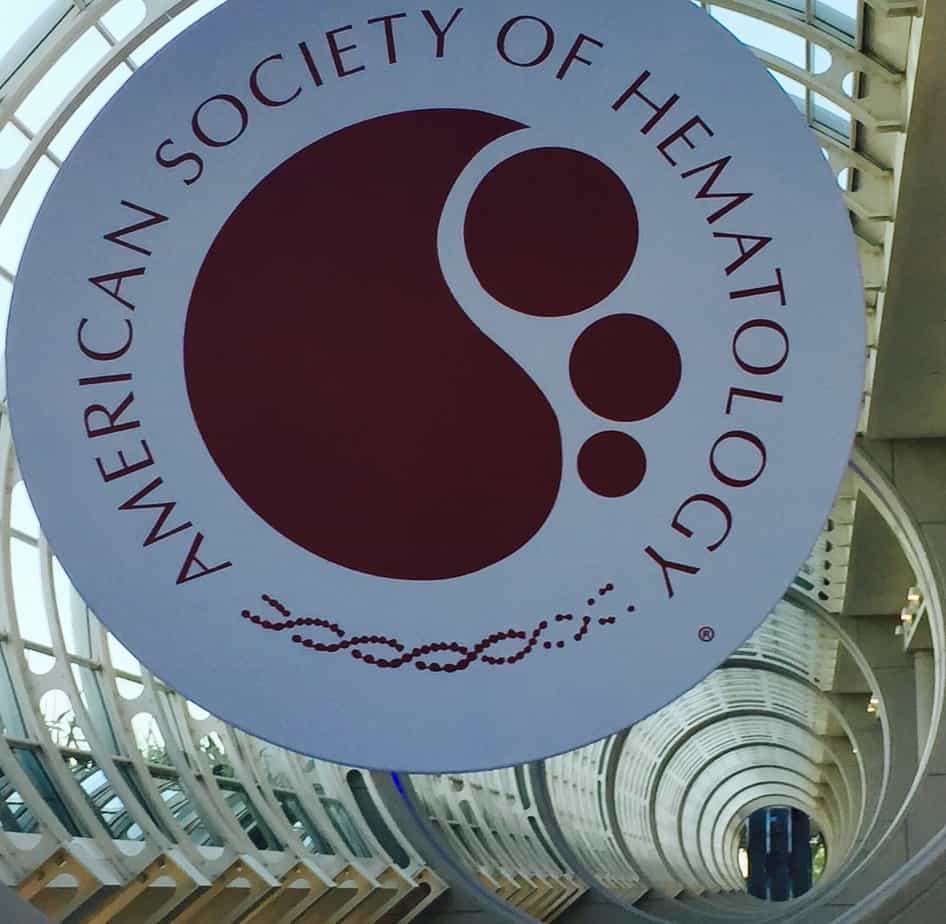 “These preclinical data demonstrate that IMGN632 has the potential for broad and potent activity in patients with AML and an improved tolerability profile,” Gregory added.

The data presented at this year’s ASH meeting (oral abstract #768) compared IMGN632, an antibody-body-drug conjugate with an alkylating IGN, to a version of IMGN632 with a crosslinking payload.

In vitro cytotoxic activity was compared in multiple AML cell lines. Both ADCs were found to be highly active against AML cells, including those with poor prognostic markers (FLT3-ITD, P53, MDR1).

IMGN632 vs. Gemtuzumab Ozogamicin
The researchers also compared IMGN632 to another antibody-drug conjugate, gemtuzumab ozogamicin (Mylotarg®; Pfizer/Wyeth), a previously approved ADC for the treatment of AML.  The potency of IMGN632 and gemtuzumab ozogamicon was tested on bone marrow cells from 11 healthy donors and 17 AML patients, including 4 relapsed/refractory and 8 with strong multi drug resistance.

IMGN632 with an alkylating IGN and a version of IMGN632 with a crosslinking payload exhibited similar efficacy in human AML xenograft models. However, the effects of the ADCs in toxicity studies were very different. While IMGN632, the alkylating ADC, was well tolerated at the dose tested, the crosslinking antibody-drug conjugate showed persistent delayed toxicity (weight loss) at less than half the dose. In addition, on normal bone marrow cells, IMGN632 was approximately 50-fold less toxic than the crosslinking ADC, while retaining high potency against AML cells.

These results show that IMGN632 has potent selective activity against AML cells with lower cytotoxicity to normal myeloid progenitor cells than an ADC designed to crosslink DNA activity. These data further suggest IMGN632 has the potential to be a highly potent yet tolerable ADC for AML patients.

Based on the results, ImmunoGen plans to submit an IND application and initiate clinical testing of IMGN632 in 2017.

CD33-targeting ADC
During the annual meeting of the American Society of Hematology, preclinical data were also presented at on IMGN779, a potent CD33-targeting antibody-drug conjugate using an IGN payload, (abstract #1645) from a combination study of IMGN779 with a PARP inhibitor (olaparib). The data of this trial demonstrated enhanced activity in several AML models including patient derived tumor cells and a disseminated AML xenograft model.[4]

IMGN779 is currently being evaluated in a Phase I study as a monotherapy in AML.