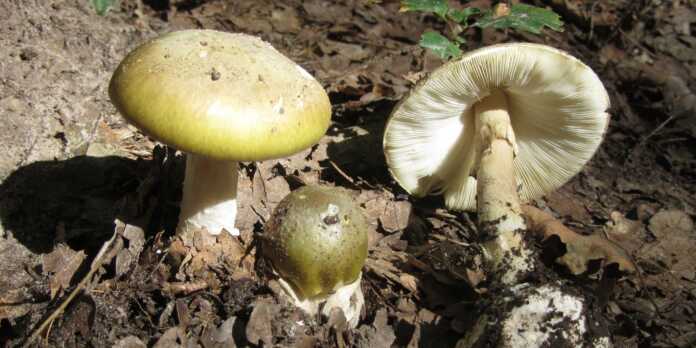 Heidelberg Pharma, a subsidiary of Wilex, has signed an exclusive multi-target research agreement with Takeda Pharmaceutical Company for the joint development of antibody-drug conjugates that use amanitin as the payload.

Antibody-drug conjugates or ADCs combine the high affinity and specificity of antibodies with the potency of cytotoxic small molecules for the treatment of cancer and inflammatory diseases. Antibody Targeted Amanitin Conjugates or ATACs are ADCs whose active ingredient is made up of amatoxin molecules.

Amatoxins
Amatoxins are small bicyclic peptides (bicyclic octapeptides) naturally occurring in the death cap mushroom (aminita phalloides). Around the world, this mushroom is best known for causing most cases of fatal mushroom poisonings.*

Amatoxins are potent and selective inhibitors of RNA polymerase II, a vital enzyme in the synthesis of mRNA, a mechanism that is crucial for the survival of eukaryotic cells, and small nuclear RNA (snRNA). Without mRNA, essential protein synthesis and cell metabolism grind to a halt leading to cell death.

Symptomatically, amatoxins cause necrosis of the liver, also partly in the kidney, with the cellular changes causing the fragmentation and segregation of all nuclear components. [1]

Pre-clinical studies
In pre-clinical testing, ATACs have shown potential advances and be highly efficacious, overcoming frequently encountered resistance mechanisms and combating even quiescent tumor cells.  These advances include higher solubility and uniformity due to greater hydrophilicity than other cytotoxic payloads. This, in turn, could further advance the development of therapeutic ADCs.

In 2012 researchers at the Department of Translational Immunology of the German Cancer Research Center generated an anti-EpCAM antibody conjugates with α-amanitin.  Their pre-clinical results confirmed the potential of an anti-EpCAM antibody conjugates with α-amanitin to be highly effective therapeutic agents for pancreatic carcinomas and various EpCAM-expressing malignancies. [2]

“We are delighted about the collaboration with Takeda, which has broad expertise in oncology and is a leading ADC company,” noted Professor Andreas Pahl, Chief Scientific Officer of Wilex and Heidelberg Pharma.

“We believe this partnership provides further validation of our technology. Working with Takeda will allow us to jointly test and expand the application of the ATAC technology to selected antibodies,” Pahl added.

The expected financial impact of this partnership is already reflected in Wilex’s financial outlook for the current fiscal year provided in March 2017.

“We are excited about this relationship with Heidelberg Pharma, as partnerships such as this one are integral for us to achieve our aspiration of curing cancer,” he concluded.

Takeda signed the agreement with Heidelberg Pharma through its wholly-owned subsidiary, Millennium Pharmaceuticals.

* The lethal dose for humans is estimated at about 0.1mg/kg body weight (approximately 8mg for an 80kg person).

Unum Therapeutics Joins Forces with Seattle Genetics in the Development of...