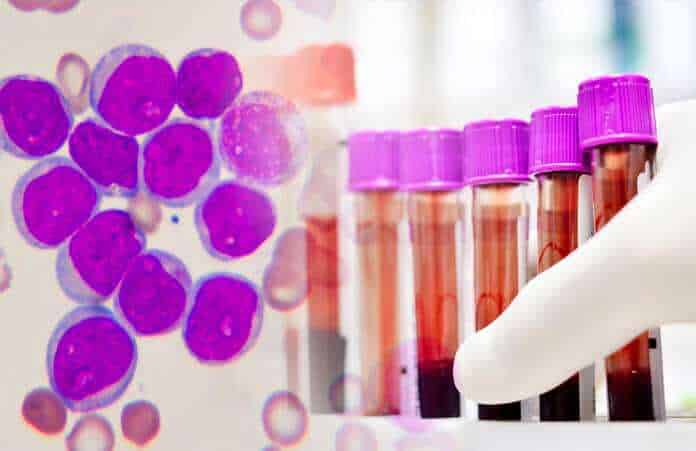 The Committee for Medicinal Products for Human Use (CHMP) of the European Medicines Agency (EMA) has adopted positive opinions recommending that two Pfizer hematology medicines be granted marketing authorizations in the European Union (EU).

The first agent, gemtuzumab ozogamicin (Mylotarg™), in combination with daunorubicin and cytarabine has been granted a positive opinion for the treatment of patients age 15 years and above with previously untreated, de novo, CD33-positive acute myeloid leukemia (AML), except acute promyelocytic leukemia (APL).

The second drug, bosutinib (Bosulif®), is an oral, once-daily, tyrosine kinase inhibitor (TKI), which inhibits the Bcr-Abl kinase that promotes CML and is also an inhibitor of Src-family kinases, has been granted a positive opinion for the treatment of adults with newly diagnosed chronic phase Philadelphia chromosome-positive chronic myelogenous leukemia (Ph+ CML). The CHMP’s opinions for both medicines will now be reviewed separately by the European Commission (EC).

Leukemia
Acute myeloid leukemia is a rapidly progressing, life-threatening blood and bone marrow cancer. [1] If left untreated, patients with AML will die within months, if not weeks, of their disease. AML is the most common type of acute leukemia in adults and accounts for approximately 80% of all cases of acute leukemia.[2] About 1/33,000-1/25,000 people are expected to be newly diagnosed with AML in Europe annually.[2]

Chronic myelogenous leukemia (CML) is a rare blood cancer, which begins in the bone marrow, but often moves into the blood.[3] Researchers estimate that by 2020, more than 412,000 people worldwide will be diagnosed with leukemia (all types).[4] Across Europe, CML constitutes about 15% of all leukemia and occurs with an incidence of about 1-1.5/100,000.[5]

Gemtuzumab ozogamicin is an antibody-drug conjugate or ADC composed of the cytotoxic agent calicheamicin, attached to a monoclonal antibody (mAB) targeting CD33, an antigen expressed on the surface of myeloblasts in up to 90% of AML patients.[6][7][8] When gemtuzumab ozogamicin binds to the CD33 antigen on the cell surface it is absorbed into the cell and calicheamicin is released causing cell death.[7][8]

Approval process
Gemtuzumab ozogamicin was approved by the U.S. Food and Drug Administration in September 2017 for adults with newly diagnosed CD33-positive AML, and adults and children 2 years and older with relapsed or refractory CD33-positive AML.

Gemtuzumab ozogamicin was originally approved in 2000 at a higher dose under the FDA’s accelerated approval program for use as a single agent in patients with CD33-positive AML who had experienced their first relapse and were 60 years or older and who were not considered candidates for other cytotoxic chemotherapy. In 2010, Pfizer voluntarily withdrew gemtuzumab ozogamicin in the U.S. after a confirmatory trial failed to show clinical benefit and there was a higher rate of fatal toxicity compared to chemotherapy. Gemtuzumab ozogamicin has been available to individual patients through Pfizer’s compassionate use programs.

In addition, gemtuzumab ozogamicin is commercially available in Japan where it has been approved since 2005 for the treatment of patients with relapsed or refractory CD33-positive AML who are not considered candidates for other cytotoxic chemotherapy.

Gemtuzumab ozogamicin originates from a collaboration between Pfizer and Celltech, now UCB. Pfizer has sole responsibility for all manufacturing, clinical development and commercialization activities for this molecule.

“If approved, the addition of [gemtuzumab ozogamicin] to standard chemotherapy will provide an important new treatment option for patients with acute myeloid leukemia who would typically be treated with chemotherapy alone. Additionally, the potential expansion of the approved use of BOSULIF to include first-line therapy expands the treatment options for adult patients with newly diagnosed chronic myelogenous leukemia.”

Pfizer and Avillion entered into an exclusive collaborative development agreement in 2014 to conduct the BFORE trial. Under the terms of the agreement, Avillion provided funding for the trial to generate the clinical data used to support this application and other potential regulatory filings for marketing authorization for bosutinib as first-line treatment for patients with chronic phase Ph+ CML. Pfizer retains all rights to commercialize bosutinib globally.