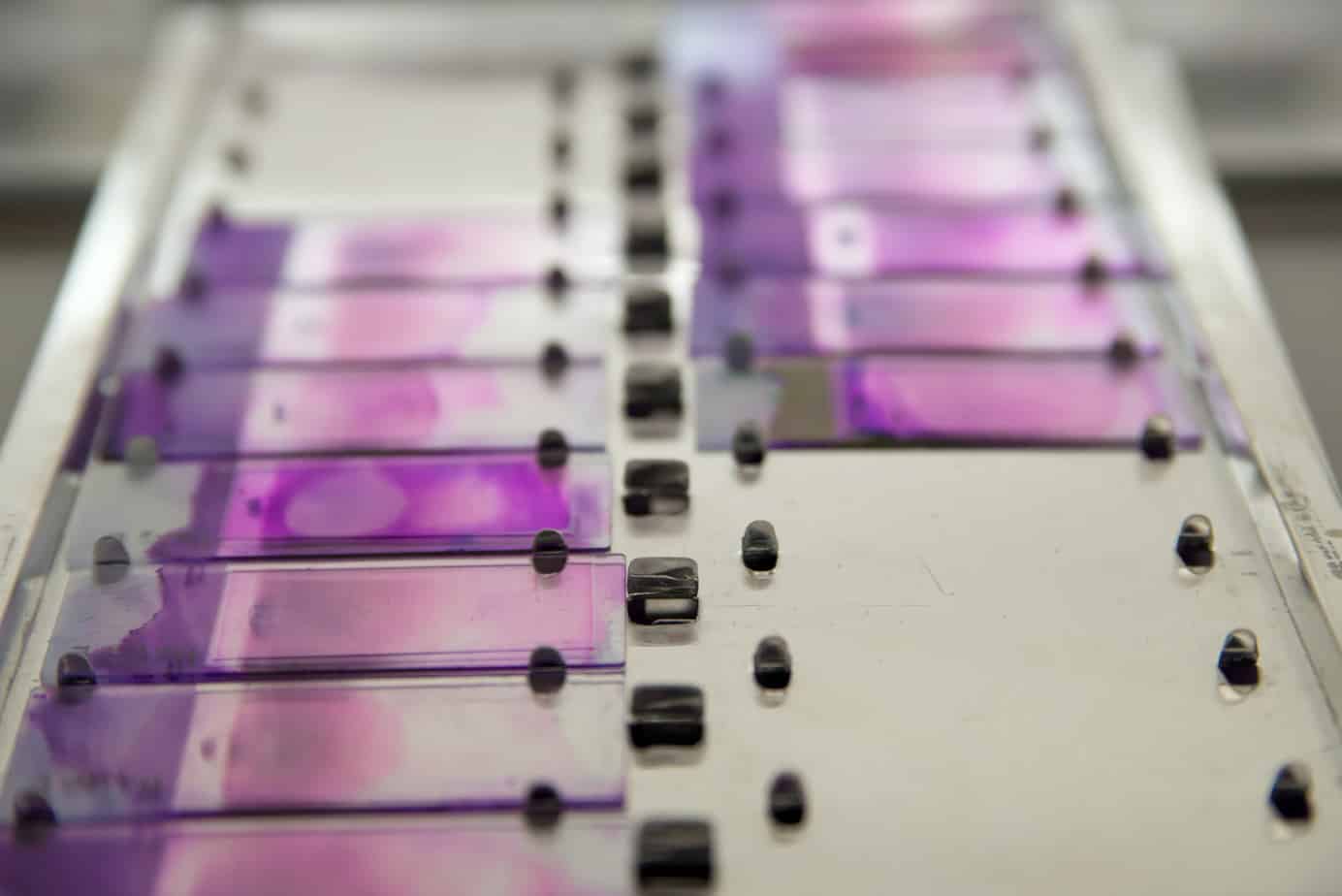 MCL, a heterogeneous subtype of NHL, accounts for approximately 6% of all newly diagnosed cases of NHL. Common features of the disease include widespread lymphadenopathy and splenomegaly, as well as bone marrow infiltration. Leukemic involvement is generally observed in 20% to 30% of all patients diagnosed with MCL.[1][2]

The disease is recognized for its aggressive nature, a high rate of relapse, and lack of standard of care. This makes makings MCL difficult and challenging to treat. In addition, the disease course can be highly variable. Most patients are initially diagnosed with advanced-stage disease, and, as a result, they are often symptomatic at presentation. Some of these patients may indeed have very aggressive disease, whereas others may have a much more indolent disease.[1][2]

Advances in basic and translational rersearch have significaltly improved the understanding of the disease pathogenesis, leading to the developmentv of new therapies and combinations of therapies, including the the proteasome inhibitor bortezomib, the immunomodulatory agent lenalidomide (Revlimid®, Celgene/Bristol Myers Squibb) the phosphatidylinositol-4,5-bisphosphate 3-kinase pathway inhibitor idelalisib (Zydelig®; Gilead) and the Bruton tyrosine kinase inhibitor ibrutinib (Imbruvica®; Pharmacyclics/Janssen Biotech).[2]

While some of these novel treatment options and/or combinations have indeed demonstrated a to be effective and management of some patients, and have been integrated into conventional chemoimmunotherapy regimens to improve outcomes, responses are often not durable and in many cases of relatively short duration. As a result, the MCL remains incurable, representing a major unmet medical need. This is especially the case after the disease enteres the relapsed/refractory (R/R) stage.[1][2]

Diffuse large B-cell lymphoma
DLBCL, the most common and aggressive type of NHL, accounting for 30%-35% of all cases of NHL in adult patients. The disease is histologically characterized by diffuse proliferation of large neoplastic B lymphoid cells with a nuclear size equal to or exceeding normal histiocyte nuclei. In Europe and the United States, the annual incidence of the disease is approximately 5 to 7 new cases per 100,000. DLBCL occurs more commonly in middle-aged or elderly patients, with the median age at diagnosis being 60-70 years.[3]

Although first-line chemoimmunotherapy is the current standard of care for patients with newly diagnosed DLBCL, approximately half of the patients will experience either disease R/R disease. While ASCT plays an important role in the management of these patients, not all patients are candidates for transplant due to age, comorbidities, and other factors. And , as a result, clinical outcomes remains unsatisfactory, creating a major unmet medical need. for patients diagnosed with DLBCL.

Meeting the unmet medical need
“A significant proportion of patients with non-Hodgkin lymphoma relapse after treatment and their prognosis is poor, underscoring the need for new options for later-lines of therapy,” said Murali Janakiram, M.D., M.S., Assistant Professor of Medicine, University of Minnesota, Division of Hematology, Oncology, and Transplantation.

A novel approach
ADC Therapeutics, a late clinical-stage oncology-focused biotechnology company pioneering the development and commercialization of highly potent and targeted antibody-drug conjugates (ADCs) for patients with hematological malignancies and solid tumors, announced that a first patient has been dosed in the pivotal Phase II portion of the company’s LOTIS 3, a Phase I/II clinical trial evaluating loncastuximab tesirine (formerly ADCT-402) in combination with ibrutinib in patients with relapsed or refractory DLBCL or MCL.

“The combination of loncastuximab tesirine, a CD19-targeted ADC, and ibrutinib, a small-molecule inhibitor of Bruton’s tyrosine kinase, has shown synergy and I look forward to its continued evaluation in patients with relapsed or refractory DLBCL or MCL,” Janakiram concluded who is an investigator for the trial.

Loncastuximab tesirine is an antibody-drug conjugate or ADC composed of a humanized monoclonal antibody directed against human CD19, a clinically validated target for the treatment of B-cell malignancies, conjugated through a linker to a pyrrolobenzodiazepine (PBD) dimer cytotoxin. Once bound to a CD19-expressing cell, the investigationbal agent is designed to be internalized by the cell, following which the PBD-payload is released. This payload is designed to bind irreversibly to DNA to create highly potent interstrand cross-links that block DNA strand separation, thus disrupting essential DNA metabolic processes such as replication and ultimately resulting in cell death.

Trial is intended to support the submission of a Biologics License Application (BLA) to the U.S. Food and Drug Administration (FDA)

“Based on the encouraging interim data loncastuximab tesirine and ibrutinib demonstrated in Phase I, the trial was amended to a Phase I/II protocol intended to support the submission of a supplemental Biologics License Application (BLA) to the U.S. Food and Drug Administration (FDA),” noted Jay Feingold, MD, PhD, Senior Vice President and Chief Medical Officer of ADC Therapeutics.

“We are pleased to have dosed the first patient in the pivotal Phase II portion of this trial as we continue advancing loncastuximab tesirine as both a single agent and in combination with other therapies for patients with non-Hodgkin lymphoma. We are on track to file a BLA with the FDA for Lonca as monotherapy for the treatment of relapsed or refractory DLBCL in the second half of 2020,” Feingold added

Trial design
The purpose of this Phase I/I trial is to evaluate the safety and efficacy of loncastuximab tesirine in combination with Ibrutinib in participants with advanced DLBCL or MCL.

The 161-patient Phase I/II open-label, single-arm clinical trial is evaluating the safety and efficacy of Lonca in combination with ibrutinib in patients with relapsed or refractory DLBCL or MCL. The Phase II portion of the trial will enroll three cohorts: non-germinal center B-cell-like (non-GCB) DLBCL, GCB DLBCL and MCL.

European Hematology Association
Interim data from the Phase I portion of the Phase I/II clinical trial presented at the virtual 25th Congress of the European Hematology Association in June 2020 showed an overall response rate of 75.0% and complete response rate of 58.3% at the loncastuximab tesirine dose of 60 μg/kg, which is the selected dose for the Phase II portion of the trial, in combination with ibrutinib (560 mg/day) in patients with relapsed or refractory DLBCL or MCL.[4]

The combination has had a manageable toxicity profile, with the most common grade ≥3 treatment-emergent adverse events in ≥10% of patients being thrombocytopenia (20%) and anemia (12%).

The ORR exceeded the primary endpoint target for the trial, reinforcing the potential for loncastuximab tesirine to fill a critical unmet need and become a key part of the treatment paradigm for heavily pretreated pts with DLBCL. The toxicity profile was manageable and no new safety concerns were identified.

Preliminary Phase I Data for U3-1402 Shows Manageable Safety and Reduction...