Data from a CD117-ADC, an antibody-drug conjugate being developed by Magenta Therapeutics, were presented at the 61st annual meeting of the American Society of Hematology (ASH) being held December 7 – 10, 2019 in Orlando, Florida.[1][2] 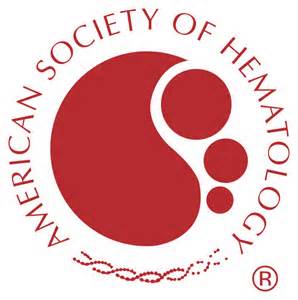 The investigational antibody-drug conjugates, CD117-ADC, targets CD117, a protein expressed on hematopoietic stem cells. The CD117-ADC, which includes an α-amanitin (an RNA polymerase inhibitor) payload conjugated to an CD117 antibody, is designed to remove the genetically mutated cells in the bone marrow that cause certain genetic diseases, such as sickle cell disease, enabling curative stem cell transplant or gene therapy.

The data from preclinical studies, presented by John Tisdale, MD, Director, Molecular and Clinical Hematology Section, National Institutes of Health (NIH), demonstrated the results of the first-ever transplant of gene-modified cells in non-human primates using a targeted, single-agent antibody-drug conjugate (ADC), without the use of chemotherapy or radiation.[1]

CD117-ADC was engineered to have a fast half-life to clear the body quickly and enabled transplant of the gene-modified cells within days of dosing in non-human primates. The researchers observed that a single dose of CD117-ADC in non-human primates enabled successful transplant and engraftment of hematopoietic stem cells modified with a lentiviral vector encoding the β-globin gene, the gene that causes sickle cell disease and β-thalassemia. They confirmed that vector copy number was stable beyond three months, the longest time point in the study, suggesting that the gene-modified cells persisted in the body. This was comparable to historical data with multiple doses of busulfan* (Myleran, GlaxoSmithKline / Busulfex IV, Otsuka America Pharmaceutical) conditioning.

Overall, CD117-ADC was well tolerated in non-human primates with no evidence of the often severe side effects seen with busulfan conditioning, including veno-occlusive disease, weight loss, diarrhea, mucositis, vomiting, pulmonary fibrosis or seizures. Finally, the researchers did not observe any ADC-related blood chemistry changes outside normal range were observed.

These first proof-of-concept studies validate the use of CD117-ADC for targeted stem cell depletion prior to transplant and support its use as a new conditioning agent for gene therapy and stem cell transplant without toxic chemotherapy or radiation.

Conditioning
“Today’s conditioning regimens involve high doses of chemotherapy, often paired with radiation, to remove the disease-causing cells. As a result, patients undergoing gene therapy or stem cell transplant are all faced with a difficult choice: whether to endure severe toxicity and risk infertility and cancer for the chance for a cure. Magenta’s portfolio of targeted ADCs represents an extremely promising new option to prepare patients for gene therapy or transplant with no need for toxic chemotherapy or radiation,” Tisdale said.

“The results presented today show that a single dose of single agent CD117-ADC achieves the same level of depletion as four doses of busulfan chemotherapy to enable successful engraftment and persistence of stem cells modified with the β-globin gene, the gene that causes sickle cell disease and β-thalassemia when mutated. Importantly, the animals undergoing preparation with CD117-ADC showed none of the damaging toxicities associated with busulfan conditioning,” he added.

“Magenta is the only company with the people, platforms and a product engine committed to comprehensively transforming immune and blood system reset, which includes revolutionizing the toxic methods that are used to prepare patients for gene therapy and transplant today.” said Jason Gardner, D.Phil., Chief Executive Officer and President, Magenta Therapeutics.

“The gene therapy field has learned that higher levels of stem cell depletion, which meant higher doses of busulfan, were needed to ensure long-term engraftment of the gene-modified cells and persistence of gene therapy. Across all the modalities we have tested, we have seen that ADCs are most effective at achieving these high levels of stem cell depletion without chemotherapy to enable engraftment and long-term durability of the transplant,” Gardner concluded.