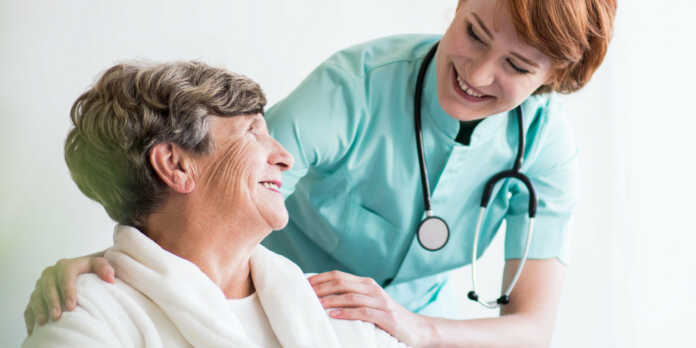 The U.S. Food and Drug Administration (FDA) has approved gemtuzumab ozogamicin (Mylotarg™, previously known as CMA-676; Wyeth Pharmaceuticals, a subsidiary of Pfizer) for the treatment of adults with newly diagnosed CD33-positive acute myeloid leukemia or AML, and adults and children 2 years and older with relapsed or refractory CD33-positive AML.[1]

Gemtuzumab ozogamicin is the first therapy with an indication that includes pediatric acute myeloid leukemia. It is also the only AML therapy that targets CD33, an antigen expressed on AML cells in up to 90% of patients.

In children acute myeloid leukemia is the second most common leukemia. [6] The majority of children (85%) will achieve a response after initial treatment, with approximately 5% being refractory to treatment.[5] Additionally, approximately 30% of children will have their disease return [5]. Only one in four patients with AML survive longer than five years.[4]

After … years, we are finally seeing progress in the treatment of Acute Myeloid Leukemia, which has renewed [the] hope in improving outcomes for [many] patients…

Gemtuzumab ozogamicin is an antibody-drug conjugate or ADC composed of the cytotoxic agent calicheamicin, attached to a monoclonal antibody (mAB; hP67.6), targeting CD33, an antigen expressed on the surface of myeloblasts in up to 90% of AML patients. [6][7][8]

When gemtuzumab ozogamicin binds to the CD33 antigen on the cell surface it is absorbed into the cell and calicheamicin is released causing cell death.[1][7][8]

Critical need
“The FDA approval of gemtuzumab ozogamicin fills a critical unmet need for many adults and children with AML, which can be fatal in a matter of months or even weeks if not treated and has a high relapse rate,” said Liz Barrett, global president, Pfizer Oncology.

“Based on clinical data, real-world experience and support from the AML community, we are grateful gemtuzumab ozogamicin now has the potential to help a broad range of AML patients,” Barrett further noted.

Withdrawal
Gemtuzumab ozogamicin was originally approved in 2000 at a higher dose under the FDA’s accelerated approval program for use as a single agent in patients with CD33-positive AML who had experienced their first relapse and were 60 years or older and who were not considered candidates for other cytotoxic chemotherapy.

In 2004 Wyeth Laboratories (now Pfizer) started a confirmatory, post approval phase III clinical trial designed to determine whether adding gemtuzumab ozogamicin to standard chemotherapy demonstrated an improvement in clinical benefit (survival time) to AML patients. The trial was stopped early when no improvement in clinical benefit was observed. One of the additional considerations to stop the trial early was that a greater number of deaths occurred in the group of patients who received gemtuzumab ozogamicin compared with those receiving chemotherapy alone.

At initial approval, gemtuzumab ozogamicin was associated with a serious liver condition called veno-occlusive disease, which can be fatal. This rate had, according to the researchers, increased in the postmarket setting.

Given these adverse results, Pfizer, in 2010, voluntarily withdrew the drug after the confirmatory trial did not show a clinical benefit and the fatal induction toxicity rate was significantly higher in the gemtuzumab ozogamicin arm. At the time of the withdrawal, the FDA confirmed that gemtuzumab ozogamicin would no longer be commercially available to new patients. Patients who were, at the time of Pfizer’s withdrawal, receiving the drug were able to complete their therapy following consultation with their health care professional.

Reintroduction
Following the withdrawal of the drug in the United States, gemtuzumab ozogamicin remained on the market in Japan where it continued to be approved for the treatment of patients with relapsed or refractory CD33-positive AML who are not considered candidates for other cytotoxic chemotherapy.

The drug has also been available to individual patients through Pfizer’s compassionate use programs. Due to the critical unmet need for patients with AML, there remained great interest among AML clinicians to evaluate gemtuzumab ozogamicin using different doses and different schedules. These independent investigators, with Pfizer’s support, conducted clinical trials that yielded more information on the efficacy and safety of gemtuzumab ozogamicin.

In januari 2017 Pfizer’s Biologics License Application (BLA; BLA761060) for gemtuzumab ozogamicin was accepted for filing by the FDA. A Marketing Authorization Application (MAA) for review by the European Medicines Agency (EMA) was validated in December 2016.

Long-awaited
Today’s FDA approval includes a lower recommended dose, a different schedule in combination with chemotherapy or on its own, and a new patient population.

“Today is an important day for patients, their families and the entire AML community, as the approval of gemtuzumab ozogamicin brings forth a long-awaited treatment option that may lead to deeper, more durable remissions for patients with AML,” explained Jorge Cortes, MD, University of Texas, MD Anderson Cancer Center.

“After many years, we are finally seeing progress in the treatment of AML, which has renewed my hope in improving outcomes for my patients. I am pleased that I can now offer many adult and pediatric patients targeted treatment with gemtuzumab ozogamicin,” Cortes added.

Clinical trials
Today’s approval of gemtuzumab ozogamicin is based on several investigator-led clinical trials, including ALFA-0701, AML-19 and MyloFrance-1.[1]

ALFA-0701
The ALFA-0701 (NCT00927498) trial was a Phase III, multicenter, randomized, open-label study of 271 patients with newly-diagnosed de novo AML, using a new, lower fractionated dose of gemtuzumab ozogamicin. In this trial, conducted only in France, patients received gemtuzumab ozogamicin 3 mg/m2 on days 1, 4 and 7 in combination with conventional chemotherapy or chemotherapy alone.

CD33-positivity was not required for eligibility to participate in the trial. Treatment consisted of induction followed by two cycles of consolidation, and follow-up extended through 2 years from randomization.

The primary objective of the protocol was to evaluate the efficacy of adding gemtuzumab ozogamicin to standard chemotherapy in patients 50- 70 years old with AML.

The primary endpoint of the ALFA-0701 trial was event-free survival or EFS. Administering gemtuzumab ozogamicin (n=135) in addition to standard induction chemotherapy resulted in a significant improvement in EFS compared with chemotherapy alone (n=136) in patients with newly diagnosed AML. Event-free survival was 17.3 months for patients receiving gemtuzumab ozogamicin compared with 9.5 months for those receiving chemotherapy alone (HR = 0.56 [95% CI: (0.42, 0.76)]).[1]

MyloFrance-1
MyloFrance-1 was a Phase II, single-arm, open-label study of 57 adult patients in first relapse. Patients received single agent gemtuzumab ozogamicin 3mg/m2 on days 1, 4 and 7. The efficacy of gemtuzumab ozogamicin was established on the basis of complete remission (CR) rate and duration of remission. In the trial, 15 (26%; 95% CI: 16%-40%) patients achieved a complete remission (CR) and median relapse-free survival (RFS) was 11.6 months.[1]

Gemtuzumab ozogamicin originated from a collaboration between Pfizer and Celltech (UCB). Pfizer has sole responsibility for all manufacturing, clinical development and commercialization activities for this molecule.