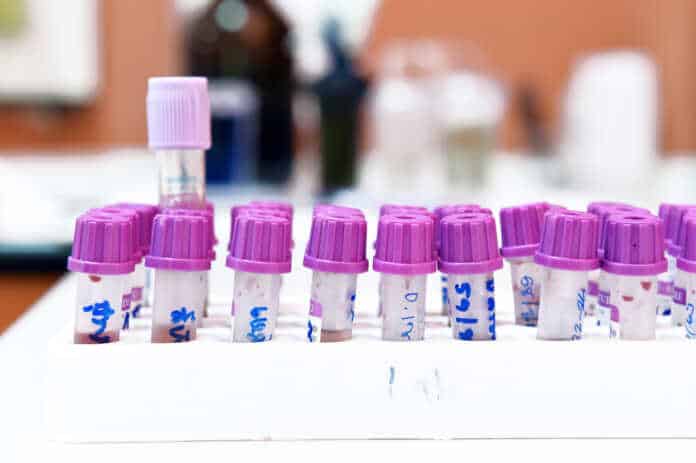 F-star, a clinical stage biopharmaceutical company developing bispecific antibody immuno-oncology products selected for their potential to transform the treatment of cancer, has licensed Genedata Biologics™ advanced software solution for use in their antibody discovery programs.

The company will use the software solution to increase the throughput of its Immuno-Oncology therapeutics bispecific antibody (mAb² ™) discovery operations from early screening and lead identification, to expression, purification, analytics and manufacturability assessment.

“…The Modular Antibody Technology™ platform introduces an antigen binding site into the constant region of an antibody to create a so-called Fcab™, an Fc-domain with antigen binding activity… In a combinatorial plug & play process, these Fcab‘s can then be used to make different bispecific antibodies (mAb2™), using variable regions binding to a second target…”

Genedata is a leading provider of software solutions for drug discovery and life science research. Combined with deep domain expertise, the company’s software is designed to transforms life science data into intelligence, allowing scientists to dramatically increase productivity and quality of research, development, and production.

“We are excited that F-star, a leader in the discovery and development of novel bispecific antibodies, has joined the growing number of companies that use the Genedata Biologics platform. This is another example of how highly innovative companies like F-star can benefit from a platform that systematically processes, manages, and analyses complex biopharma R&D data and ultimately helps to design and engineer superior therapeutics,” noted Othmar Planes, Ph.D, Chief Executive Officer of Genedata.

“We continue to invest into growing our products to address new and future needs of drivers of innovation such as F-star,” he added.

Bispecific antibodies
Bispecific antibodies which are capable of binding to two different targets concurrently, thereby inducing novel biological effects. As a result, bispecific antibody products have the potential to induce more than one immunotherapy mechanism simultaneously, with a synergy that is not possible with the co-administration of two separate drugs.

Proprietary technology
Through the application of its highly efficient proprietary Modular Antibody Technology™ platform, F-star is the only biotechnology company able to create bispecific antibodies where the second binding site is in the constant Fc region of an antibody.

The technology is used to introduce the novel antigen-binding site into the constant (Fc) region of an antibody. The resulting molecule (called Fcab™) can rapidly be inserted into any existing antibody to generate a full-length mAb².

This relatively simple “plug-and-play” technology helps scientists create a virtually limitless number of bispecific product opportunities using variable regions binding to second targets. Using F-star’s Fcab versatile technology scientists they can use the platform technology as the starting point for creating different classes of biologics, allowing them to easily utilized the technology to create mono-specific drugs (e.g. FS102, a HER2 specific Fcab in phase I clinical trials with Bristol Myers Squibb), as well as antibody-drug conjugates by the addition of a cytotoxic ‘payload.’

Using F-star’s technology, a lead candidate can be advanced from drug candidate through cGMP scale-up and toxicology studies to Investigational New Drug application filing in 18 months.

Increasing experimental throughput
Following the implementation, Genedata Biologics will help increase the experimental throughput of F-star’s proprietary technology platform. The company will further provide an integrated assessment of bioactivity, developability, and manufacturability for all such drug candidates.

“F-star develops innovative, targeted immunotherapies to fight cancer through several mechanisms. We have been looking for a workflow system that enables us to scale-up the throughput of our discovery programs and addresses the large number of bispecific antibodies generated through our proprietary technology platform,” said Neil Brewis, Ph.D, CSO of F-star.

“Genedata Biologics provides a flexible architecture and includes built-in biopharma domain knowledge, which can handle our proprietary bispecific antibody discovery processes. We believe Genedata Biologics will help us to accelerate the discovery of the next generation of immune-oncology therapeutics,” Brewis added.

“Bispecific antibodies are expected to be the cornerstone of the next generation of immuno-oncology products and this collaboration validates our technology as truly novel and differentiated in the space,” concluded John Haurum, M.D., D.Phil., Chief Executive Officer at F-star.

Investigational agent
F-star has currently one program in the clinic with a second immuno-oncology program heading toward Investigational New Drug application (IND). The agent, FS102, also known as BMS-986186, which belongs to a new class of biologics generated by introducing antigen-binding sites in the CH3 domains of the immunoglobulin constant domain, is a HER2-specific Fcab™ derived from F-star’s Modular Antibody Technology.  The investigational compound is in phase I clinical trial in HER2-positive breast and gastric cancer patients to evaluate the safety, tolerability, dose limiting toxicity (DLT), and maximum tolerated dose (MTD) when administered intravenously (IV). The trial is being conducted by Bristol-Myers Squibb (NCT02286219).[1][2]

Preclinical data has shown that FS102 bound HER2 with high affinity and recognizes an epitope, which does not overlap with those of trastuzumab or pertuzumab. Furthermore, FS102 induced complete tumour regression and tumour cell apoptosis in animal models due to internalization and degradation of HER2.