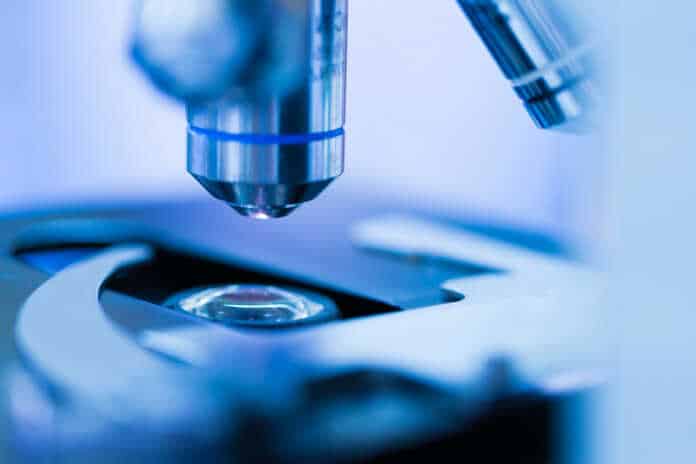 Rova-T is a biomarker-specific antibody-drug conjugate that is derived from cancer stem cells targeting the delta-like protein 3 (DLL3) that is expressed in more than 80% of SCLC patient tumors and is not present in healthy tissue.

Rova-T is comprised of the D6.5 Pyrrolobenzodiazepine (PBD) payload conjugated to cysteine residues on the SC16 antibody via a maleimide-containing linker with an eight-carbon polyethylene glycol spacer, cathepsin B–cleavable valine-alanine dipeptide, and self-immolating group, with a mean drug-to-antibody ratio (DAR) of 2. [1]

Registrational trials for third-line small cell lung cancer are expected to complete enrollment by the end of 2016.

“AbbVie is committed to continued innovation in oncology, a critical component of our long-term growth and an area of significant need to millions of patients worldwide,” said Richard A. Gonzalez, chairman and chief executive officer, AbbVie.

Delivering innovative therapies
“The addition of Stemcentrx and its late-stage compound Rova-T provide AbbVie with a unique platform in solid tumor therapeutics and complement our leadership position in hematologic oncology. We believe the acquisition of Stemcentrx will strengthen and accelerate our ability to deliver innovative therapies that will have a remarkable impact on patients’ lives.”

In Phase I/II studies of relapsed SCLC patients who have previously failed one or more standard therapies, Rova-T demonstrated overall response rates of 44% in the patients identified with high expression of DLL3.

The expression of DLL3 suggests Rova-T also may be useful across multiple tumor types, including metastatic melanoma, glioblastoma multiforme, prostate, pancreatic and colorectal cancers, where DLL3 expression ranges from 50-80%. Rova-T combines a targeted antibody that delivers a cytotoxic agent directly to the DLL3-expressing cancer cells while minimizing toxicity to healthy cells.

Lung cancer
Lung cancer accounts for 13%t of all new cancer diagnoses but represents 27% of all cancer deaths.[2] Small cell lung cancer accounts for approximately 10-15% of all lung cancers, with 60,000 new patients diagnosed each year (in U.S., top 5 countries in European Union and Japan) [3], and are among the most difficult to treat. Treatment options for patients remain limited, with chemotherapy and radiation as the most common forms of first- and second-line treatment.

Rova-T is under investigation as a third-line treatment in SCLC, where there is no currently approved therapy. Rova-T also has been submitted to the U.S. Food and Drug Administration for Breakthrough Therapy designation. Additional data on Rova-T, including overall survival data, will be presented at the 2016 ASCO Annual Meeting in June 2016.

Long-term data, including overall survival (OS), on Rova-T, which was recently selected to be included in the Best of ASCO Program, will be presented as part of the 2016 ASCO annual meeting, which will be held in June 3-7, 2016 in the McCormick Place, Chicago, Illinois. Approximately one percent of all data abstracts are selected for this program. Studies designed to select a Rova-T regimen for first-line registration will be starting soon.

Compelling data on Rova-T was presented in 2015 at the European Society of Medical Oncology (ESMO) demonstrating overall response rates of 44% in DLL-expressing small cell lung cancer (SCLC) patients who have previously failed one or more standard therapies.

Among the novel compounds are the antibody-drug conjugate SC-002, which is in a Phase Ia/Ib study in patients with relapsed small cell lung cancer (SCLC) and large cell neuroendocrine carcinoma (LCNEC). The purpose of this study is to assess the safety and tolerability of SC-002 at different dose levels, to determine the highest dose of SC-002 that can be given to patients with SCLC and LCNEC, to evaluate the side effects of SC-002, and to assess the anti-cancer activity of SC-002.

Both SCLC and LCNEC are among the most deadly malignancies because for more than 30 years no new therapeutic options have emerged for the treatment of these malignancies.  SC-002 may therefore help address an important unmet medical need.[4][5]

Another antibody-drug conjugate, SC-003, is in a Phase Ia/Ib study in patients with platinum-resistant/refractory ovarian cancer.

“We are thrilled to be joining the AbbVie team and believe that, together, we can bring much-needed therapies to cancer patients,” said Brian Slingerland, founder and chief executive officer, Stemcentrx.

“We have worked for eight years exploring the origins of cancer and drivers of its recurrence and have discovered novel therapeutic targets to attack the most difficult-to-treat tumors. AbbVie, with its long-term commitment and expertise in drug development, will help us turn our scientific discoveries into a mainstay of cancer treatments,” Slingerland continued.

ABT-414
AbbVie’s clinical oncology pipeline is comprised of more than a dozen assets, with 5 programs in late-stage development, spanning nearly 200 clinical trials across more than 19 types of tumors. Among the drugs in the oncology pipeline is ABT-414 is an anti-EGFR (epidermal growth factor receptor) antibody-drug conjugate.

ABT-414 targets cancer cells by combining Monomethyl Auristatin F (MMAF) with an antibody directed against the epidermal growth factor receptor (EGFR).[6] As an antibody-drug conjugate, ABT-414 is designed to be stable in the bloodstream and to release the potent chemotherapy agent only inside targeted cancer cells. Studies are being conducted to determine if this approach can reduce the toxic side effects of traditional chemotherapy while enhancing anti-tumor activity. [7]

Terms of the transaction
According to a statement by AbbVie, the company is expected to acquire Stemcentrx for approximately $5.8 billion in cash and stock. AbbVie will pay approximately $2.0 billion of the transaction value in cash and fund the remaining portion with stock. In addition, Stemcentrx investors are eligible to receive up to $4 billion in cash for additional, success-based milestone payments for the achievement of certain regulatory and clinical developments.

The transaction is subject to customary closing conditions and expiration or termination of the applicable waiting period under the Hart-Scott-Rodino Antitrust Improvements Act, and is expected to close in second-quarter 2016. Upon completion of the transaction, AbbVie intends to execute an accelerated share repurchase program of up to $4 billion of the company’s common stock.

AbbVie expects this transaction to be approximately $0.20 dilutive to our ongoing earnings per share in 2016, with accretion beginning in 2020. As a result, AbbVie is updating its 2016 adjusted diluted earnings per share guidance range to $4.62 to $4.82.