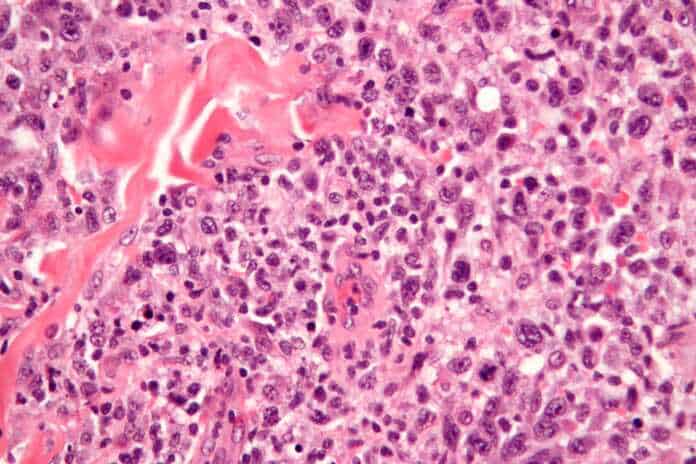 The European Commission (EC) has, earlier this week, approved a Type II variation for brentuximab vedotin (Adcetris®; Takeda/Seattle Genetics) to include data on the retreatment of adult patients with relapsed or refractory (R/R) Hodgkin lymphoma or R/R systemic anaplastic large cell lymphoma (sALCL) who previously responded to brentuximab vedotin and who later relapse. The decision from the EC follows a positive opinion from the Committee for Medicinal Products for Human Use (CHMP) in October 2015.

Brentuximab vedotin, is an antibody-drug conjugate or ADC comprising an anti-CD30 monoclonal antibody attached by a protease-cleavable linker to a microtubule disrupting agent, monomethyl auristatin E (MMAE), utilizing proprietary technology by Seattle Genetics. The ADC employs a linker system that is designed to be stable in the bloodstream but to release MMAE upon internalization into CD30-expressing tumor cells.

The drug is co-developed with Seattle Genetics under a December 2009 collaboration agreement in which Seattle Genetics has commercialization rights in the U.S. and Canada and Takeda has rights in the rest of the world, was granted conditional marketing authorization by the EC in 2012 for the treatment of R/R CD30+ Hodgkin lymphoma following autologous stem cell transplant (ASCT), or at least two prior therapies when ASCT or multi-agent chemotherapy is not a treatment option, and for R/R sALCL. 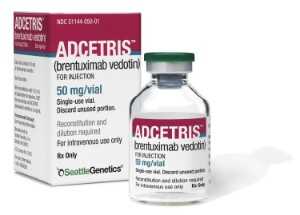 Anaplastic Large Cell Lymphoma (ALCL) is among the the types of lymphoma’s being treated with brentuximab vedotin. ALCL  is a type of aggressive T-cell lymphoma, comprising about 3% of all non-Hodgkin lymphomas (NHL) in adults and between 10 and 30 percent of all NHL in children. There are two distinct forms/types of ALCL, including primary cutaneous ALCL and systemic ALCL (sALCL). sALCL is a clinically aggressive, systemic lymphoma that primarily involves lymph nodes.

The new approved SmPC variation, approved in January 2016, includes an update to the clinical sections, including safety, to include data on retreatment of adult patients who have responded to previous treatment with brentuximab vedotin (CR or PR) under the existing indications, but later relapsed.

The Type II variation is based on data from the Phase II SGN35-006 Part A study that demonstrated effective anti-tumor responses can be achieved in the majority of R/R Hodgkin lymphoma and sALCL patients with brentuximab vedotin retreatment. The safety and efficacy results from this trial were consistent with the positive profile demonstrated in the pivotal Phase II studies (SGN35-003 and SGN35-004).

A most valuable tool
“[Brentuximab vedotin] has transformed the treatment landscape for relapsed/refractory Hodgkin lymphoma and sALCL patients in Europe, and has emerged as a most valuable tool to induce a remission. However, lymphoma is a relentless disease, and relapse occurs in some of these very difficult to treat patients. Now, with the opportunity for retreatment, we can offer patients with very limited options another chance to potentially benefit from [brentuximab vedotin],” noted Professor Anton Hagenbeek, M.D., Ph.D., Professor of Hematology, Department of Hematology, Academic Medical Center (AMC) at the University of Amsterdam, Amsterdam Zuidoost, one of the foremost research institutions in The Netherlands as well as one of its largest hospitals.

Professor Hagenbeek, who is an active member of the European Organization for Research and Treatment of Cancer (EORTC) and a member of the Dutch/Belgium Hemato-oncology Foundation for Adults (HOVON), believes that the future of cancer treatment will revolve around personalized medicine. Novel antibody-drug conjugates such as brentuximab vedotin are expected to play a major role in this development.

“The EC decision to include data on retreatment in the [brentuximab vedotin] label is important in advancing care for patients battling these diseases,” said Dirk Huebner, M.D., Executive Medical Director, Oncology Therapeutic Area Unit, Takeda. “We look forward to continuing our ongoing clinical program of [brentuximab vedotin] in Hodgkin lymphoma and sALCL, as well as in a variety of other forms of lymphoma, with the goal of bringing this important therapy to patients who might benefit from it.”

SGN35-006 Part A Study
The SGN35-006 Part A study (NCT00947856; EudraCT Number: 2010-019932-11) was a Phase II, multicenter, open-label study designed to evaluate brentuximab vedotin retreatment in patients with Hodgkin lymphoma (20 patients) or sALCL (8 patients) that recurred after a previous response to brentuximab vedotin (Part A). Primary objectives were safety and anti-tumor response. Secondary objectives were duration of tumor control, including duration of response and progression-free survival (PFS), overall survival (OS) and incidence of anti-therapeutic antibodies (ATA).[1][3]

Brentuximab vedotin is being evaluated broadly in more than 45 ongoing clinical trials, including in frontline classical Hodgkin lymphoma and in frontline mature T-cell lymphomas, as well as trials in many additional types of CD30-expressing malignancies, such as B-cell lymphomas.

Institutional Review Board Approves Phase I Trial with GTB-3550