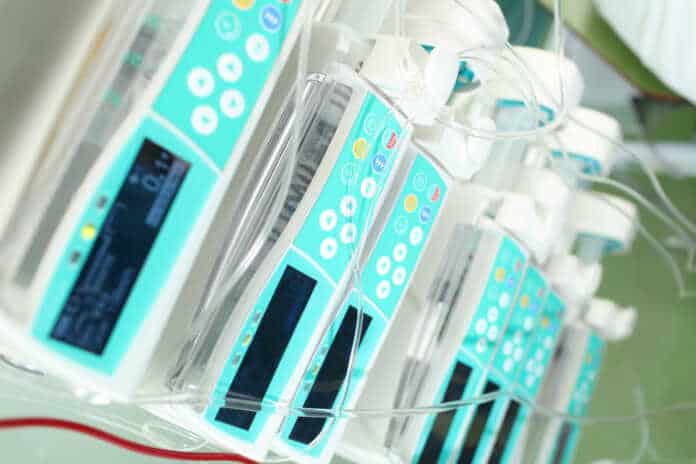 The European Commission (EC) has extended the current conditional marketing authorization of brentuximab vedotin (Adcetris®/Seattle Genetics/Takeda Oncology) and approved the drug for the treatment of adult patients with CD30+ Hodgkin lymphoma at increased risk of relapse or progression following autologous stem cell transplant or ASCT. The decision follows a positive opinion from the Committee for Medicinal Products for Human Use issued on May 26, 2016.

Based on this decision brentuximab vedotin is now approved for marketing of this indication in the 28 member states of the European Union, Norway, Liechtenstein and Iceland.

Lymphatic cancers
Lymphoma is a general term for a group of cancers that originate in the lymphatic system. There are two major categories of lymphoma: Hodgkin lymphoma and non-Hodgkin lymphoma.

Classical Hodgkin lymphoma and systemic anaplastic large cell lymphoma (sALCL) express CD30 as an antigen on the surface of their malignant cells. This expression is independent of disease stage, line of therapy or transplant status. These features make CD30 a target for therapeutic intervention.

Hodgkin lymphoma
Hodgkin lymphoma was first described in 1832 by Thomas Hodgkin, an British physician, considered one of the most prominent pathologists of his time as well as a pioneer in preventive medicine. [1]  He reported on a group of seven patients with enlargement of lymph nodes and spleen that differed from the major known maladies of the day including tuberculosis, purulent inflammation or cancer. [2] Sixty years later, pathologists in both Germany and the United States, including Carl Sternberg and Dorothy Reed Mendenhall, independently described the diagnostic microscopic characteristics of Hodgkin lymphoma. [3][4]

The treatment of Hodgkin lymphoma represents one of the great successes in oncology/hematology. With the development of novel chemotherapeutic combinations as well as treatment with a varying classes of (novel) agents, including but not limited to treatment with monoclonal antibodies such as rituximab (Rituxan®; Genentech/Biogen) and brentuximab vedotin,  the natural history of this challenging disease evolved from a disease that was nearly uniformly fatal to a disease that is curable in the vast majority of all patient cases – reaching a cure rate approaching 70-90% with initial therapy.

However, despite this success, some patients experience relapse.[8][9]

For patients who relapse after initial therapy, the standard of care is high dose chemotherapy followed by autologous hematopoietic stem cell transplant (auto-HSCT).  This approach has shown  shown to yield long-term remissions in approximately 50% of patients with chemotherapy responsive disease. However, in a small subset of patients with refractory disease or relapse (R/R) after auto-HSCT, prognosis remains poor. [10][11]

Approval process
Brentuximab vedotin was granted conditional marketing authorization by the European Commission in October 2012 for two different indication.  The first indication was for the treatment of adult patients with relapsed or refractory CD30-positive Hodgkin lymphoma following autologous stem cell transplant (ASCT), or following at least two prior therapies when ASCT or multi-agent chemotherapy is not a treatment option.

The drug employs a linker system that is designed to be stable in the bloodstream but to release MMAE, an anti-neoplastic selective to CD30-expressing tumor cells resulting in apoptotic death, upon internalization into these cells.

Mechanism of action
The  binding of the antibody-drug conjugate to CD30 on the cell surface on malignant Reed-Sternberg cells initiates internalisation of the ADC-CD30 complex, which then traffics to the lysosomal compartment. Inside the cell, a single defined active species, the microtubule disrupting agent monomethyl auristatin E (MMAE), is released via proteolytic cleavage and lysosomal degradation. Binding of MMAE to tubulin disrupts the microtubule network within the cell.

Microtubules are part of a structural network (the cytoskeleton) within the cell’s cytoplasm and disrupting the microtubule network within the cell induces cell cycle arrest which, in turn, results in apoptotic death of the CD30-expressing tumor cell.

Well-tolerated and effective
“Relapse is a devastating event for patients with Hodgkin lymphoma and their families. Not only is the emotional impact significant, but the challenge of treating their disease becomes much greater,” said Professor Andreas Engert, M.D., University Hospital of Cologne, Germany. “For the first time, physicians in the European Union will now have a well-tolerated and effective treatment option that may be used immediately post-transplant to reduce the risk of relapse for Hodgkin lymphoma patients at increased risk.”

AETHERA trial
The AETHERA trial (NCT01100502), conducted between April 2010 and September 2012, is the first completed randomized study that has explored consolidation treatment immediately following ASCT as a way of extending the effect of transplant for prevention of relapse among people with Hodgkin lymphoma.[12]

“The European Commission decision is a significant milestone for patients who are at risk of relapse following stem-cell transplant as brentuximab vedotin provides a treatment where none currently exists,” Hueber added.

Living longer without the disease
The AETHERA trial clearly demonstrated that patients with Hodgkin lymphoma who received brentuximab vedotin (plus best supportive care) as consolidation therapy immediately following ASCT lived significantly longer without disease progression compared to patients who received placebo (plus best supportive care) as assessed by an independent review committee (hazard ratio=0.57; p-value=0.001), which equates to a 75% improvement in Progression-free Survival or PFS.

Progression-free Survival was assessed after a minimum of two years post initiation of treatment for all study patients. An updated analysis conducted after three years of follow up showed sustained PFS improvement (per independent review committee; HR=0.58; 95%CI (0.41,0.81). A pre-specified interim analysis of overall survival showed no statistically significant difference between the treatment arms.

The safety profile of brentuximab vedotin in the AETHERA trial was generally consistent with the existing prescribing information.

OS vs PFS
In the AETHERA trial PFS was chosen as the primary end point instead of improvement in Overall Survival or OS, as the more universally recognized measure for evaluating clinical benefit.   Because of its objectivity, clinical relevance, and ease of interpretation, OS, defined as the time from randomization to the time of death from any cause, has historically been considered the “gold standard” for measuring the clinical efficacy of new anticancer drugs in clinical trials. But the use of OS as an endpoint is associated with several limitations. [13]

One of these limitations is that OS can be affected by the confounding effect of crossover therapy.  Because for ethical reasons, in many clinical trials, including the AETHERA trial, patients who experienced disease progression during the study were unblinded and could receive the experimental treatment (brentuximab vedotin) as part of a separate trial. [13]

Several studies reinforce the hypothesis that, in cancer setting as well as in the context of hematological malignancies, PFS, defined as the time from randomization to objective tumour progression or death, is an adequate surrogate endpoints for OS in this cancer setting. [13][14]

Other clinical trials
Brentuximab vedotin is being broadly evaluated in more than 45 ongoing clinical trials, including the Phase III ALCANZA trial in CD30+ cutaneous T cell lymphoma (CTCL) (NCT01578499)  and two additional Phase III studies, one in frontline classical Hodgkin lymphoma (ECHELON-1/NCT01712490) and one in frontline CD30+ mature T-cell lymphomas (ECHELON-2/NCT01777152), as well as trials in many additional types of CD30-expressing malignancies.