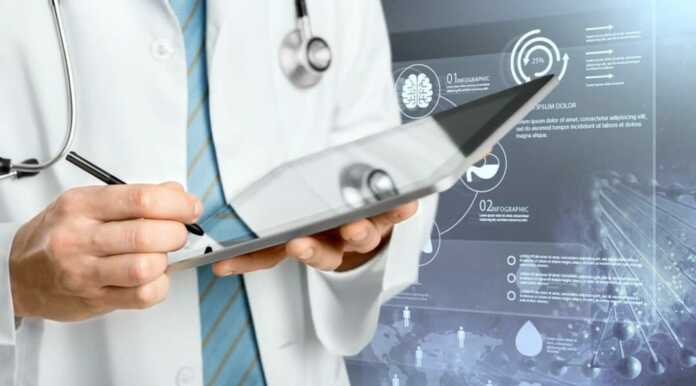 Big news hit the pharmaceutical industry in February when Roche Pharmaceuticals announced that it would be acquiring big-data firm Flatiron Health for $1.9 billion.

Roche already held a 12% stake in Flatiron, so the total value of the deal–which was completed in early April–will be $2.1 billion, and under the agreement Flatiron would continue its operations as a separate legal entity.

The acquisition will allow both Flatiron and Roche to leverage their combined expertise to advance the use of RWE for oncology research and development, which has become of interest to the U.S. Food and Drug Administration (FDA) for the drug approval process.

Abernethy was recruited from Duke University School of Medicine, where she was a professor of medicine, and director of both the Center for Learning Health Care and Duke Cancer Care Research Program at the Duke Clinical Research Institute.

At the time she was also slated to chair the American Society of Clinical Oncology’s big-data effort, the CancerLinQ Advisory Committee, a position that she resigned upon agreeing to join Flatiron.

Initially, Abernethy planned an 80% commitment to Flatiron, and 20% to Duke, but a year later she had to forgo the academic affiliation because of her increasing time commitment to Flatiron, which hired her to collaborate with cancer care and data experts to solve practical data and analytic problems, lead the clinical and oncology data teams, and contribute to the company’s strategic vision.

During the 2014 interview Abernethy said that she thought it was necessary to move from academia into the for-profit sector to complete her work developing technology platforms to further advances in cancer care, including creating systems that use big data to support personalized medicine and scientific discovery.

She added then that solving the big data problem in oncology required three critical parts involving input from a professional society, a technology company, and a clinical research organization.

A very long laundry list
In her recent interview with Onco’Zine, she shared why she was lured to industry to accomplish what could not be done in academia. Since starting with Flatiron, she has also picked up an additional title as chief scientific officer.

Abernethy said that her work in big data was not considered to be science by the Duke medical school’s dean at the time, and that the 5-year grant cycle was not conducive to the work that she was doing.

“In practical reality the landscape of living in 5-year grant cycles to fund research was based on spelling out every single step of what you are going to do ahead of time,” she said.

She noted that this included a very long laundry list of actions that were expected to happen over 5 years and then having to wait 18 months from the idea’s concept until learning if the grant was approved.

One of the problems with this approach, she said, was that you could not possibly know at the outset of a project what would happen along the way that might affect the next steps that would follow.

However, Abernethy thought that her work could be accomplished through adoption of the “agile method” used for software development, in which, “You build and test and then build more and test and constantly evaluate what is working and what isn’t, while adding that information into the next component.”

“What was remarkable to me at Duke was I had this big idea that we could reorganize data and the availability of data in such as way that the information could be used to serve up the answer to a clinical research question.”

She said that sometimes that information had already been captured in electronic health records, and sometimes it was necessary to intentionally capture it by using clinical trials.

Building can be done faster
“A core premise is that by building these data systems the research could actually be done faster,” she said, citing several reasons why an academic environment was not conducive to creating the infrastructure necessary to fulfill the promise of big data.

“In addition to the grant cycles requiring prescribing everything that needed to be done at the beginning [of the process], another problem was that grants are not awarded for building core infrastructure but for finding answers to questions,” she said.

She added that at Duke this forced her to bootstrap the building of data systems by connecting together multiple grants that were intended to answer research questions, meaning she essentially had to go through those steps and connect them together like Lego pieces.

Building data systems required hiring engineers to build a technical infrastructure, and you can’t include engineers in grants, she said, since grants are for science not engineering.

“I was always stuck because I could not prioritize the people I needed to build the system.”

At one point Abernethy did hire eight engineers to build the data bases, but the dean could not justify the move and fired them. Realizing that the grant process was too limiting, she initially thought that the American Society of Clinical Oncology (ASCO) might help, but that did not materialize.

Abernethy said that it was clear to her what had to be done.

The guys were Nat Turner and Zach Weinberg, who started Flatiron Health in 2012 shortly after Google had acquired their first company Invite Media for about $81 million.

A few years earlier, Turner’s 7-year-old cousin Brennan had been diagnosed with leukemia, and after witnessing a fragmented health care system, the two entrepreneurs decided to “combine some of the best minds in medicine and technology to transform the way cancer is understood and treated,” according to the company website.

Abernethy was introduced to the two through a phone call arranged by one of her mentors at Duke, Robert Califf, MD, who would serve as the U.S. Food and Drug Administration (FDA) commissioner from 2016-2017.

She recalled that they discussed what the co-founders were thinking of doing regarding aggregating data, and she was amazed that when she spoke with them again 2 months later, they had listened to her suggestions and wanted to know what to do next.

“It would have taken so much longer in academia, but they were able to short circuit all the drama by just getting on with it instead of dealing with all the politics and internal requirements, and with the 18-month wait to get a grant.”

Abernethy said that Turner and Weinberg had approached her early on about joining then at Flatiron, but it was not something she was considering at the time.

They then asked if she would interview all of their candidates for the chief medical officer position, and despite the time commitment, she agreed.

Then, several months into the process, she said that one of the potential candidates asked her, “If you think they are so terrific, why aren’t you doing the chief medical officer’s job if it’s the right thing to do?”

That’s when the light bulb went off that it was the right thing to do and the move would provide the necessary capital and momentum to make it happen. “So I called them right away and said, ‘Okay.’”

Most of the community cancer centers and practices buy Flatiron’s software for their electronic health records, according to Abernethy, and they also have access to the cleaned-up data sets for such cancers as lung, colon, breast, gastric, head and neck, and lymphoma, if they choose to use it.

She said that it’s currently a two-sided business model, with Flatiron serving as a software vendor for the community practices, and selling the data to pharmaceutical companies and providing it at no cost to academic users.

This article part in a series of the revival of Eric Rosenthal Reports in Onco’Zine, formerly featured in Oncology Times. Originally published in Onco’Zine on April 9, 2018.

Understanding of the Underlying Mechanisms of Target-Independent Uptake and Toxicity