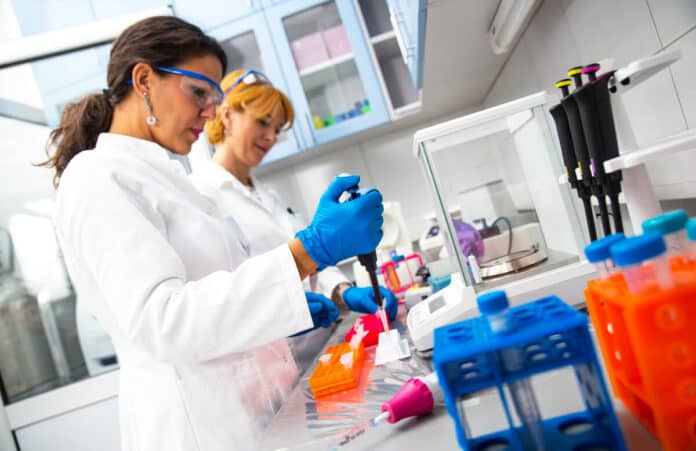 In a statement earlier today, Dutch-biotech Synaffix and German Emergence Therapeutics announced that the Companies have entered into a licensing agreement of up to US $ 360 million in upfront and milestone payments plus royalties on commercial sales.

The companies have agreed that the first program starts following the signing of the agreement, with the option to expand the collaboration to additional targets. The agreement is the result of positive proof of concept data following a successful initial discovery research collaboration between the companies in developing multiple ADCs against undisclosed targets.

Lead program
“This transaction demonstrates our commitment to the development of our pipeline of first-in-class and/or best-in-class ADCs. Beyond our lead program ETx-22, a next generation Nectin-4 ADC, we are actively advancing further programs to develop treatments for high unmet-need cancers,” said Jack Elands, Chief Executive Officer of Emergence Therapeutics.

The ETx-22 uses an innovative linker and payload technology to deliver higher efficacy, lower risk of off-target side effects and ability to avoid tumor resistance. It is based on an antibody with unique properties designed to lower on-target side effects.

“We are impressed with the Synaffix technology and are pleased to select it as a key component to accelerate our pipeline of ADCs,” Elands, added.

“This marks an important milestone for Synaffix as this is the 10th ADC developer who has licensed our innovative ADC technology to develop proprietary ADCs for their own pipeline,”  added Peter van de Sande, Chief Executive Officer of Synaffix

“By consolidating all essential technologies within Synaffix, we have repeatedly enabled the development of best-in-class and first-in-class ADCs under a single technology license agreement. We are thrilled that Emergence has selected Synaffix as its long-term ADC technology partner and look forward to working closely with Emergence as they build out their portfolio of  ADC candidates,” Van de Sande concluded.