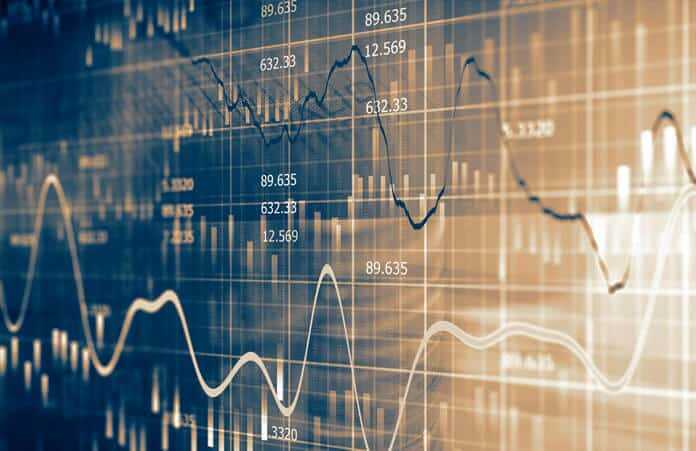 Cancer immunotherapy is provided to cancer patients to stop or slow down the spread of cancer cells, as well as improve the body’s immune system to fight off cancer cells. The sector is expected to grow due to the growing number of cancer patients, technological advancements, effectiveness of treatments, and the increasing demand for treatments. Although cancer immunotherapy may treats many of the most common and often fatal cancers, most companies focus on a specific type.

A technology category that is projected to be the biggest market driver for this sector is Monoclonal antibodies, which is a category in cancer immunotherapy. These antibodies will treat a variety of cancers such as breast cancer, lung cancer, and colorectal cancer. Research from the National Cancer Institute showed that 14.5 million were diagnosed with cancer, and is expected to reach 19 million by 2024.

The company just announced breaking news after the market close yesterday that, “recently began a program to determine the three-dimensional structure of the NR2F6 nuclear receptor. In addition, the Company recently reported that its NR2F6 medicinal chemistry program identified key structural elements in small molecules that make them active and specific towards the NR2F6 target.

The object of the three-dimensional x-ray structure program is to shed light on exactly how our small molecules bind to and modulate NR2F6 activity… This will … help us improve on the small molecules we have made so far..

These two programs are integrally linked. Success in determining the structure of NR2F6 will inform future work on medicinal chemistry, as well as confirm the exact nature of the interaction between Regen’s small molecules and NR2F6.

The NR2F6 nuclear receptor has been identified as a potentially very important immune cell inhibitor (an immune checkpoint) and cancer stem cell differentiator. The NR2F6 program at Regen aims to identify antagonists of NR2F6 in an effort to unleash the cancer-killing potential of a patient’s own immune system as well as identifying agonists which should suppress the immune system in diseases where the immune system is over-activated, such as autoimmunity and Lupus.

“The object of the three-dimensional x-ray structure program is to shed light on exactly how our small molecules bind to and modulate NR2F6 activity. Imagine the NR2F6 nuclear receptor (protein) has a specific pocket where activators bind. We don’t know the shape of that pocket, although we are beginning to infer it from the key structural elements of our small molecules that bind and activate it. With the actual structural data in hand from the three-dimensional x-ray structure, we will be able to see nuances that will both explain our success so far and will guide us as we make more small molecules. This will also help us improve on the small molecules we have made so far,” noted Harry Lander, President and Chief Scientific Officer of Regen BioPharma.

“The three-dimensional x-ray structure program, coupled with our medicinal chemistry program will enhance Regen’s drug development process. These two programs linked together will give us a much clearer picture of what is actually happening at the molecular level,” said David Koos, Ph.D., Chairman and CEO of Regen BioPharma Inc.

“That, in turn, will help any of our potential co-development partners feel more comfortable with our mechanism of action,” Koos added.

On October 2, 2017, the company announced the completion of an exclusive worldwide license of PSMA-617 from ABX GmbH. Endocyte intends to move quickly into Phase III development of 177 Lu-PSMA-617, a radioligand therapeutic (RLT) that targets the prostate-specific membrane antigen or PSMA, present in approximately 80% of patients with metastatic castration-resistant prostate cancer.

As highlighted in roughly 20 peer reviewed publications of studies in the post-chemotherapy compassionate use setting, 177 Lu-PSMA-617 has consistently demonstrated a PSA response (defined as greater than 50% decline from baseline) in 40% to 60% of patients, and a RECIST response rate in soft tissue disease of between 40% and 50%.

Results of a study published in the European Journal of Nuclear Medicine and Molecular Imaging showed a PSA decline after the first cycle of 177Lu-PSMA-617. Furthermore, an alkaline phosphatase (ALP) level <220 U/L was observed as a predictor of a longer Overall Survival (OS) (56 vs. 28 weeks, p < 0.01, and 56 vs. 29 weeks, p = 0.04, respectively) in patients with end-stage metastasized castration-resistant prostate cancer (mCRPC). And an ALP level <220 U/L was additionally associated with a longer PSA progression-free survival (PPFS; 41 vs. 18 weeks, p < 0.01). [2]

“177Lu-PSMA-617 has the potential to be the first-in-class RLT to address both bone and soft tissue disease, and it is profoundly important to the many patients suffering from mCRPC,” explained Mike Sherman, president and CEO of Endocyte.

“Our experience with PSMA targeting and companion imaging development, in addition to our relationships with distinguished prostate cancer investigators from around the world, uniquely position Endocyte to lead this therapy to registration. We intend to seek regulatory approval to initiate a Phase III registration trial of 177Lu-PSMA-617 in early 2018. By focusing the company’s resources on the execution of this program, we project trial completion as early as 2020.”

“Endocyte remains strongly committed to careful expense management and maintaining a strong balance sheet. With the exception of a very targeted effort to generate proof-of-concept data for our CAR T-cell program, we will focus our resources on the development of 177Lu-PSMA-617. We will explore out-licensing opportunities for all other development programs,” Sherman continued.

Celldex Therapeutics, Inc. CLDX, +0.00% is developing targeted therapeutics to address devastating diseases for which available treatments are inadequate. The company’s pipeline includes antibodies, antibody-drug conjugates or ADC and other protein-based therapeutics derived from a broad set of complementary technologies which have the ability to engage the human immune system and/or directly inhibit tumors to treat specific types of cancer or other diseases.

On August 23, 2017, the company announced that patient enrollment has been completed in the Company’s Phase IIb METRIC study of glembatumumab vedotin, also known as CDX-011, in patients with metastatic triple negative breast cancers that overexpress gpNMB. Glembatumumab vedotin is an antibody-drug conjugate that targets and binds to gpNMB, a protein expressed by multiple tumor types, including breast cancer.

“We believe glembatumumab vedotin holds considerable promise as a potential new targeted therapy for patients with this devastating disease and continue to look forward to topline data from this study in the second quarter of 2018.” Marucci added.

Overexpression of gpNMB has been shown to promote the migration, invasion and metastasis of the disease. It is highly expressed in triple negative breast cancers, where it is associated with increased risk of recurrence and poor clinical outcome.

CASI Pharmaceuticals Inc. CASI, -0.41% is a U.S. based, late-stage biopharmaceutical company focused on the acquisition, development and commercialization of innovative therapeutics addressing cancer and other unmet medical needs for the global market with a focus on commercialization in China.

The story of CASI Pharmaceuticals (China America Strategy Integration), originally known as Entremed, a U.S. biotechnology company with more than 20 years history, is quite interesting. Being a Nasadaq-listed firm the company relaunched in China in 2012 – but without letting go of its American roots. Today, the company is Headquartered in Rockville, Md., and operates a wholly owned subsidiary and R&D operations in Beijing.

According to CASI Pharmaceuticals’ Chief Executive Officer, Ken K. Ren, the aspiration of the company is to become the Celgene of China, much like Baidu has become the Google of China, indicating that China holds the promise of becoming the largest market for oncology and hematology products in the world while, at the same time, and enabling drug development at a lower cost compared to western nations.

ArQule, Inc. ARQL, +1.68% is a biopharmaceutical company engaged in the research and development of targeted therapeutics to treat cancers and rare diseases. ArQule’s mission is to discover, develop and commercialize novel small molecule drugs in areas of high unmet need that will dramatically extend and improve the lives of its patients. The company’s clinical-stage pipeline consists of five drug candidates, all of which are in targeted, biomarker-defined patient populations, making ArQule a leader among companies our size in precision medicine.

Miransertib (ARQ 092), a selective inhibitor of the AKT serine/threonine kinase, in a phase I/II company sponsored study for Overgrowth Diseases, in a phase I study for ultra-rare Proteus syndrome conducted by the National Institutes of Health (NIH) for which the company received a Rare Pediatric Disease Designation from the U.S. Food and drug Administration (FDA) , as well as in multiple oncology indications.

Proteus syndrome is rare, with an incidence of less than one in one million people worldwide. Only a few hundred individuals have been reported in the medical literature. At this time, there are more than 120 documented cases worldwide, but because not all cases are documented, it is not known how many people have this disease. The incidence of Proteus syndrome classifies it as a rare disorder, defined by the National Organization of Rare Diseases (NORD) as any disease affecting fewer than 200,000 Americans.

“The FDA’s granting of the Rare Pediatric Disease Designation and Orphan Drug Designation underscores the unmet medical need in Proteus syndrome and the potential for Miransertib (ARQ 092) to address this unmet need,” explained Brian Schwartz, M.D., Head of Research and Development and Chief Medical Officer at ArQule.

“We plan to work closely with the FDA and clinical experts, including Leslie G. Biesecker, M.D. Chief of the Medical Genomics and Metabolic Genetics Branch at the National Human Genome Research Institute who discovered the relevance of AKT in Proteus syndrome, to define a regulatory path forward.”

Finally, the company is developing ARQ 751, a next generation AKT inhibitor, in phase I for patients with AKT1 and PI3K mutations; and ARQ 761, a β-lapachone analog being evaluated as a promoter of NQO1-mediated programmed cancer cell necrosis, in phase I/II in multiple oncology indications in partnership with the University of Texas Southwestern Medical Center.