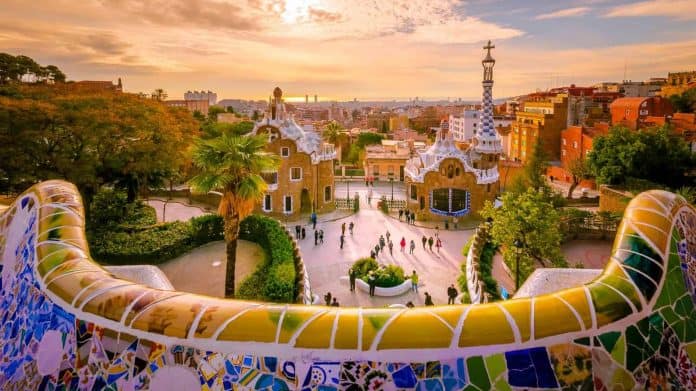 The technology provides flexibility to adapt the drug-to-antibody ratio (DAR) or the number of DXd molecules conjugated per antibody. In DS-1062 the DAR is four, which is, based on initial preclinical research into the construct and the ADC is necessary for intended safety and efficacy in TROP2 expressing tumors.

In preclinical studies scientists at Daiichi Sankyo have demonstrated that DS-1062 selectively binds to the TROP2 receptor on the surface of a tumor cell. It is proposed that DS-1062 is then brought inside the cancer cell where lysosomal enzymes break down the tetrapeptide-based linker and release the novel topoisomerase I inhibitor (DXd) payload.

TROP2 is a transmembrane glycoprotein that is highly expressed on several types of solid tumors, including NSCLC.[1][2] Researchers have recognized TROP2 as a promising molecular target for therapeutic development in various types of malignancies, including NSCLC.[2][3] Overexpression of TROP2 has been associated with increased tumor aggressiveness and decreased survival in several cancers.[4] High TROP2 expression was identified in 64% of non-small cell adenocarcinomas and 75 of non-small cell squamous cell carcinomas in one study.[1]

Currently, no TROP2 targeting therapy is approved for NSCLC or any cancer.

Trial Design
The trial results presented during the IASLC 2019 World Conference on Lung Cancer included a phase I, first-in-human open-label clinical trial investigating the safety and tolerability of DS-1062 in patients with unresectable advanced NSCLC who are refractory to or have relapsed following standard treatment or for whom no standard treatment is available ( NCT03401385)

The first, dose escalation, part of the study was designed to assesses the safety and tolerability of increasing doses of DS-1062 to determine the maximum tolerated dose (MTD) and recommended dose for expansion.

The second, dose expansion, part of the study was designed to will evaluate the safety and tolerability of DS-1062 at the recommended dose for expansion and will enroll 40 additional patients with advanced NSCLC.

Trial results
Updated efficacy results for 46 evaluable patients who received DS-1062 at one of eight doses (0.27 mg/kg to 10.0 mg/kg) showed 12 partial responses (10 confirmed, 2 early) observed in a dose-dependent manner. Five of the confirmed partial responses were observed among seven patients (71.4%) receiving DS-1062 at 8 mg/kg, the recommended dose for expansion. The other two patients receiving the 8 mg/kg dose experienced stable disease, and six of the seven are continuing on trial. Patients had received prior treatments, including immune checkpoint inhibitors (86.5%), EGFR inhibitors and ALK inhibitors. The data cut-off was July 3, 2019. Thirty-five patients were ongoing in the trial as of August 20, 2019.

Gene analysis suggested SLFN11 expression, which has previously been associated with response to topoisomerase I inhibitors, trended higher in patients with tumor reduction.[1] In addition, data showed a decrease in cfDNA in patients who experienced partial response and stable disease.

“There is a need for new treatment options to help patients with advanced non-small cell lung cancer that continues to progress on standard therapies, and these findings with DS-1062 in heavily pretreated patients are encouraging,” said Rebecca S. Heist, MD, MPH, Medical Oncologist, Massachusetts General Hospital, Cancer Center, and a study investigator.

“Further study in more patients at the recommended expansion dose will help further assess the potential for targeting TROP2 with DS-1062 in NSCLC,” Heist added.

Updated data for 52 patients evaluable for safety as of July 3, 2019 showed that DS-1062 was well-tolerated in doses up to 8 mg/kg, which is defined as the maximum tolerated dose and the recommended dose for expansion. The most common treatment-emergent adverse events (any grade, occurring in ≥ 30% of patients) included fatigue (36.5%) and nausea (36.5%). Twenty-two patients (42.3%) experienced at least one treatment emergent adverse event (TEAE) ≥ grade 3.

Serious TEAEs were reported in 14 patients (26.9%) regardless of causality. One patient (1.9%) with disease progression treated with the 6.0 mg/kg dose developed an adverse event of special interest (respiratory failure, grade 5).

“These findings support DS-1062 as a potential TROP2 targeting therapy for NSCLC and further reinforce the strength and flexibility of our DXd ADC platform, which enables each of our ADCs to be custom designed to potentially provide an optimal balance of safety and efficacy,” noted Eric Slosberg, PhD, Head, Global Translational Development, Oncology Research and Development, Daiichi Sankyo.

“As the study advances, we will continue with our translational research to help uncover underlying factors contributing to patient response and identify patients most likely to respond to DS-1062,” Slosberg concluded.

Growing Number of Major Medical Meetings Cancelled – AACR and Others...