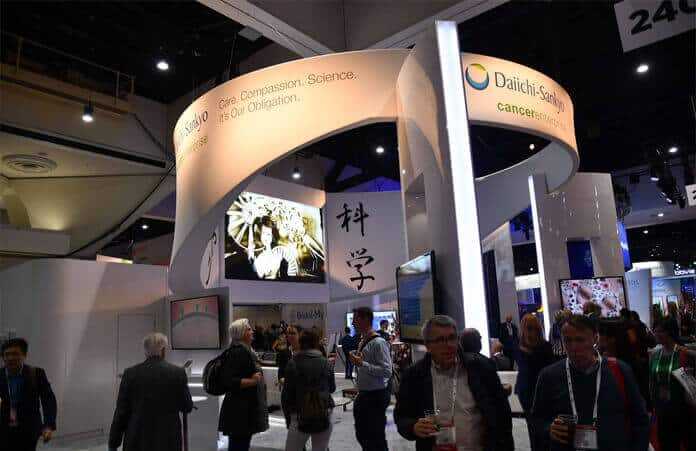 Daiichi Sankyo confirmed that the company has filed a Declaratory Judgement action in the District Court of Delaware in response to a claim the company received from Seattle Genetics.

Seattle Genetics claims that in the development its own antibody-drug conjugates, Daiichi Sankyo infringes on certain intellectual property rights.

According to Seattle Genetics, the ADC technology used in Daiichi Sankyo’s metastatic breast cancer drug candidate [Fam-] trastuzumab deruxtecan, also known as DS-8201 as well as other product candidates, rightfully belongs to Seattle Genetics under the agreement entered into between the two parties in 2008.

However, while confirming a collaboration agreement with Seattle Genetics which ended in 2015, a spokesperson of Daiichi Sankyo said that the technology in [Fam-] trastuzumab deruxtecan and other antibody-drug conjugates in Daiichi Sankyo’s current pipeline are distinct and recognizably different than products being developed as part of the collaboration.

Daiichi Sankyo, in a statement, also made clear that the company believes that Seattle Genetics’ claim is without merit and confirmed that it will vigorously defend its position that the ADC technology patents it holds are the results of its own research and development efforts and are the exclusive intellectual property of Daiichi Sankyo.

Previous collaboration
Between July 2008 and June 2015, Seattle Genetics and Daiichi Sankyo collaborated in an exclusive, worldwide development agreement focused on ADCs. At that time, Seattle Genetics confirmed that “…it had entered into an exclusive, worldwide collaboration agreement with Daiichi Sankyo for the development of antibody-drug conjugates (ADCs) targeting a single antigen found on multiple types of solid tumors.”

Dispute resolution
Daiichi Sankyo took the case to the Delaware District Court rather than following the dispute resolution process included in the original 2008 agreement between the companies, resulting in a rebuke from Seattle Genetics.

“[We have] been abiding by the dispute resolution provisions under the agreement to pursue its legal rights….. [but…] by filing this lawsuit, Daiichi Sankyo has circumvented the process underway between the parties pursuant to these provisions.”

Outcome
The outcome of the dispute is especially important for Daiichi Sankyo. [Fam-] trastuzumab deruxtecan is a key in Daiichi Sankyo’s plans to become a Global Pharma Innovator with a competitive advantage in oncology by 2025.

In addition, in late March 2019 and based on the strength of the development of [Fam-] trastuzumab deruxtecan, Daiichi Sankyo signed a US $6.9 billion development and commercialization collaboration agreement with AstraZeneca.

Clarifying the importance of the agreement of between Daiichi Sankyo and AstraZeneca, Pascal Soriot, Chief Executive Officer of AstraZeneca, stated at the that time: “We believe that [Fam-] trastuzumab deruxtecan could become a transformative new medicine for the treatment of HER2-positive breast and gastric cancers… [This drug..] has the potential to redefine breast cancer treatment as the first therapy for HER2-low expressing tumors. It also has the potential to treat other HER2-mutated or HER2-overexpressing cancers, including lung and colorectal cancers…”