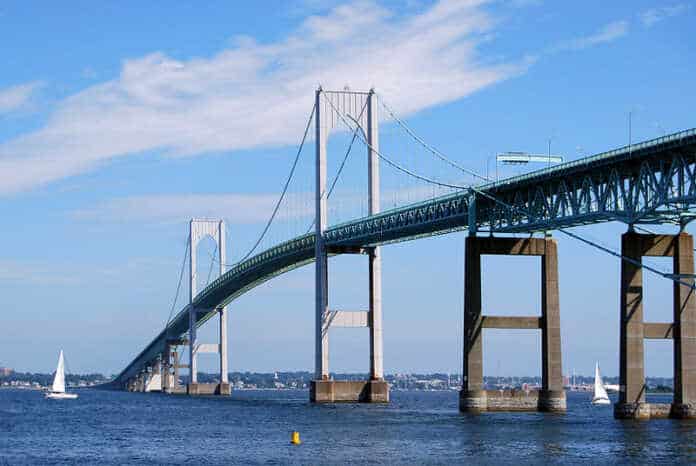 Earlier this year, Woonsocket, Rhode Island, based MultiCell Technologies, Inc., a clinical-stage biopharmaceutical company developing novel therapeutics and discovery tools for the treatment of neurological disorders, hepatic disease and cancer, has filed a U.S. patent application covering the design and therapeutic use of novel, next-generations antibody drug conjugates or ADCs which provide for the simultaneous targeted delivery of multiple drugs from a single antibody.

Cancer therapy often results in the patient becoming very sick due to toxicity and off-target effects of certain drugs used to treat patients. Antibody-drug conjugates take advantage of the target specificity of a monoclonal antibody (mABs) to deliver a potent cytotoxic compound selectively to just the targeted tumor cells. This improves the drug’s therapeutic safety window by decreasing the likelihood of adverse off-target effects. As a result of decreasing off-target effects, overall patient experience and patient outcomes are improved.

Patent application
This patent application describes compositions-of-matter, a multivalent biodegradable linker and tether to attach drugs to the antibody or other targeting agents, and the therapeutic use of such drug conjugates to treat cancer and other diseases. These unique ADCs are designed to release drugs in their native form via biodegradation of the novel cleavable, multi-valent linker and tether after the antibody-drug conjugate enters the cell.

This multivalent drug delivery platform allows for the simultaneous targeted delivery of synergistic drugs as well as other drug-drug combinations to patients. Drugs are considered synergistic when the action of one drug enhances the effectiveness of the other drug. Such a unique targeted co-delivery capability enables the simultaneous localization of both drugs within the target cell where they exert their biological effect and helps to minimize adverse off-target effects.

“We are very excited about this novel, enabling antibody-drug conjugate technology that we intend to use for the targeted delivery of MCT-485 as well as other drugs”, noted W. Gerald Newmin, Chairman and Chief Executive Officer of MultiCell Technologies. “We also plan to explore other therapeutic indications, other drug combinations, and to aggressively seek partnerships with larger pharmaceutical and biotechnology companies who are interested in using ADC technology to help facilitate the targeted delivery of their drugs”, stated Mr. Newmin.

Drug candidate
As part of their clinical development program, MultiCell is evaluating MCT-485, is a very small noncoding double stranded RNA drug candidate in animal models of hepatocellular carcinoma, the most common form of primary liver cancer, and is a leading cause of cancer death worldwide.

The percentage of Americans developing liver cancer, which is seen more often in men than in women, has been rising slowly for several decades. Around the world, over 1 million cases of hepatocellular carcinoma are reported annually. In the United States, the American Cancer Society’s estimates that about 33,190 new cases (24,600 in men and 8,590 in women) will be diagnosed with primary liver cancer and intrahepatic bile duct cancer in 2014. Furthermore, about 23,000 people (15,870 men and 7,130 women) will die of these cancers. [1]

An average man’s lifetime risk of getting liver or intrahepatic bile duct cancer is about 1 in 81, while an average woman’s risk is about 1 in 196. Current approaches for treatment of hepatocellular carcinoma are of limited efficacy.[1]

MCT-485, possessing both oncolytic and immune activating properties and could be superior to currently marketed therapies by providing a more robust activation of immunity, and a more global and longer lasting anti-tumor effect. Furthermore, due to its unique mechanism of action, MCT-485 could prove effective in killing other types of cancers.

MultiCell, which owns rights to several issued U.S. and foreign patents and patent applications related to MCT-485 and other prospective RNA therapeutic candidates, plans to initiate similar studies in relevant in vitro and animal models for other major cancers.