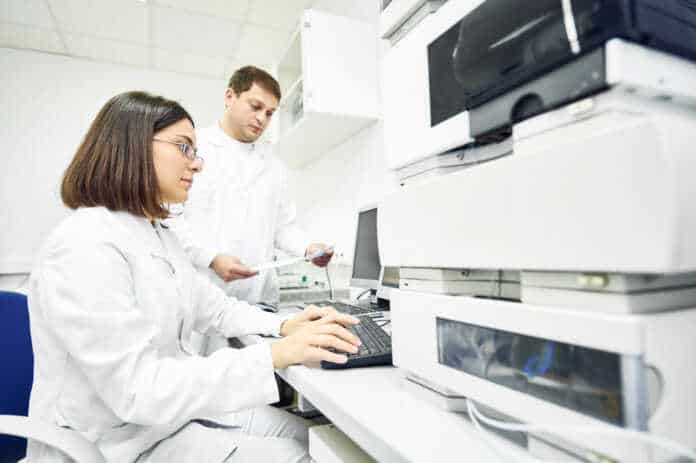 Earlier today Seattle Genetics, an innovative biotechnology company that develops and commercializes novel antibody-based therapies for the treatment of cancer, confirmed that it has received notice from the U.S. Food and Drug Administration (FDA) that a clinical hold or partial clinical hold has been placed on several early stage trials of vadastuximab talirine, also known as SGN-CD33A or 33A, in acute myeloid leukemia (AML).

Vadastuximab talirine is a novel investigational ADC targeted to CD33 utilizing Seattle Genetics’ proprietary ADC technology. CD33 is expressed on most AML and MDS blast cells. The CD33 engineered cysteine antibody is stably linked to a highly potent DNA binding agent called a pyrrolobenzodiazepine (PBD) dimer via site-specific conjugation technology (EC-mAb). PBD dimers are significantly more potent than systemic chemotherapeutic drugs and the EC-mAb technology allows uniform drug-loading onto an ADC. The ADC is designed to be stable in the bloodstream and to release its potent cell-killing PBD agent upon internalization into CD33-expressing cells.

Clinical hold
According to the company, the clinical holds were initiated to evaluate the potential risk of hepatotoxicity, which implies chemical-driven liver damage, in patients who were treated with vadastuximab talirine and received allogeneic stem cell transplant either before or after treatment. Hepatotoxicity and drug-induced liver injury account for a substantial number of compound failures, highlighting the need for drug screening assays, such as stem-cell-derived hepatocyte-like cells, that are capable of detecting toxicity early in the drug development process.[1]

Clinical trial
As part of an extensive clinical trial program, six patients have been identified with hepatotoxicity, including several cases of veno-occlusive disease, with four fatal events. Overall, more than 300 patients have been treated with vadastuximab talirine in clinical trials across multiple treatment settings. Seattle Genetics is working diligently with the FDA to determine whether there is any association between hepatotoxicity and treatment with vadastuximab talirine, to promptly identify appropriate protocol amendments for patient safety and to enable continuation of these trials.

Other trials
Seattle Genetics’ other ongoing trials of vadastuximab talirine, including the phase III CASCADE trial in older AML patients and phase I/II trial in myelodysplastic syndrome, are proceeding with enrollment.

During the 2016 annual meeting of the American Society of Hematology (ASH), data was presented demonstrating that vadastuximab talirine has a promising overall tolerability and activity profile in clinical trials for patients with AML.

Following the annual meeting Jonathan Drachman, M.D., Chief Medical Officer and Executive Vice President, Research and Development at Seattle Genetics noted: “Based on the encouraging data presented at ASH, we believe vadastuximab talirine has the potential for clinical development in multiple AML settings, with the goal of providing new treatment options for patients struggling with this aggressive and life-threatening disease.”