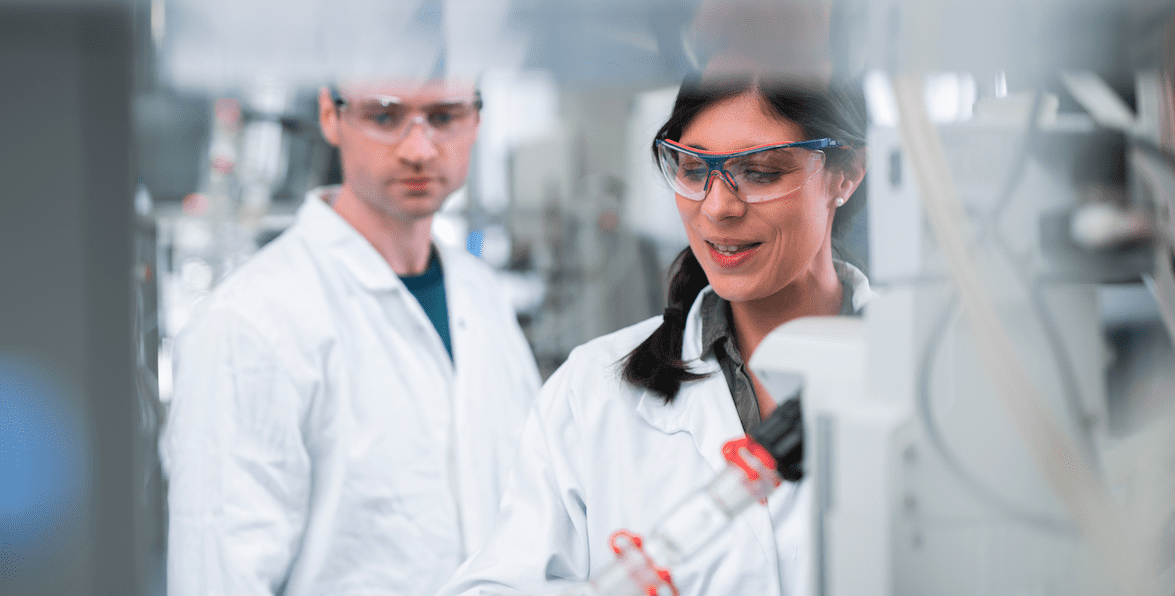 CD47, an immunoglobulin also called integrin-associated protein (IAP), is a tumor-associated antigen (TAA) expressed on the surface of normal, healthy, hematopoietic stem cells (HSC) and over-expressed on the surface of many types of solid tumors. It forms a signaling complex with signal-regulatory protein α (SIRPα), which consists of three immunoglobulin-like extracellular domains and putative tyrosine phosphorylation sites in the cytoplasmic region.

SIRPα is widely expressed on cellular surfaces of myeloid cells including several types of macrophages.[1] And in the treatment of cancer and hematological malignancies this CD47/SIRPɑ signaling complex is associated with poor prognosis disease progression and metastasis.[1]

“Do not eat me’ -signal
Over-expression of CD47 on the surface of tumors cells allows malignant cells to escape innate immune surveillance through a process of evasion of phagocytosis by interacting with SIRPα on myeloid cells. This allows cancer cells exploit the “do not eat me signal” provided by CD47.

Advances in synthetic biology and the growing understanding of the CD47/SIRPɑ axis may provide new opportunities for the development of novel, targeted agencies, that act through the inhibition of CD47 signaling in cancer cells. Anti-CD47 antibodies block the interaction between SIRPα and tumor surface CD47. Data from preclinical studies have shown that CD47/SIRPɑ interacts as a myeloid immune checkpoint in cancer. [9] Inhibiting the CD47/SIRPα signaling pathway promotes the adaptive immune response and enhances the phagocytosis of tumor cells by macrophages, which are components of the innate immune system, play a critical role in anti-tumor responses, and neutrophils. [9] Targeting of the CD47/SIRPα axis may also promote antigen-presenting cell function and thereby stimulate adaptive T cell-mediated anti-cancer immunity.

Results from ongoing preclinical studies suggest that the CD47/SIRPα axis is a key immune checkpoint in a variety of hematological malignancies, similar to that of the PD-1/PD-L1 checkpoint for solid tumors.

Blocking CD47/SIRPα interactions has been shown to promote the destruction of cancer cells by phagocytes, including macrophages and neutrophils. [9] Despite difference in ligand expression, binding partners, and function, preclinical studies have validating the CD47/SIRPα axis as a fundamental myeloid checkpoint pathway and its blockade as promising therapeutic intervention for treatment of human malignancies. As a results CD47/SIRPα blockade has emerged as a next-generation immune checkpoint disruption strategy in the treatment of various malignancies after PD-1/PD-L1.

Other studies have shown that CD47 mAbs not just block CD47 from engaging SIRPα, but also engage the activating Fc gamma receptor (FcγR) on macrophages. When combined, this deliver a potent phagocytic (“eat me”) signal to macrophages.

BYON4228 – a different approach
Researchers at Dutch-based Byondis (Nijmegen, The Netherlands) have developed a novel clinical candidate, called BYON4228. This investigational agent is an antibody directed against SIRPɑ and recognizes both of the common allelic variants of human SIRPɑ which maximizes its potential clinical application in the broad human population.[10][11][12]

Most anti-SIRPɑ antibodies in clinical development today either lack binding to both polymorphic SIRPα variants that are present in the human population, or they block the related SIRPγ, which is required for optimal T-cell responses. SIRPγ inhibition may therefore curtail durable anti-tumor immunity. In contrast to these SIRPɑ targeting antibodies, BYON4228 does not recognize SIRPγ that has been reported to BYON4228 binds to the N-terminal part of SIRPɑ and its epitope overlaps with the CD47-binding site. As a result, BYON4228 prevents binding of CD47 to SIRPɑ and blocks inhibitory signaling through the CD47/SIRPɑ axis.

A number of preclinical studies have shown that BYON4228 potentiates both macrophage- and neutrophil-mediated elimination of hematologic and solid cancer cells in vitro in the presence of several different tumor targeting antibodies, including trastuzumab, rituximab, daratumumab and cetuximab.  These results demonstrate the broad potential clinical benefit and application of BYON4228.

The preclinical data demonstrates that BYON4228 enhances the efficacy of rituximab treatment in vivo when administered to human Non-Hodgkin lymphoma (NHL)-engrafted transgenic mice with a selective expression of huSIRP aBIT on myeloid cells (huSIRP aBIT-scid mice).

The investigational agent is also well tolerated. A single intravenous infusion of up to 100 mg/kg BYON4228 to male and female cynomolgus monkeys did not elicit any adverse effects.

Based on the initial, preclinical data, BYON4228 can be defined as a panallelic anti-SIRPɑ antibody without T-cell SIRPγ recognition that promotes the destruction of antibody-opsonized cancer cells. First-in Humans clinical trials are planned to start in 2023.

Depatuxizumab Mafodotin Did Not Demonstrate Survival Benefit in INTELLANCE-1 Study