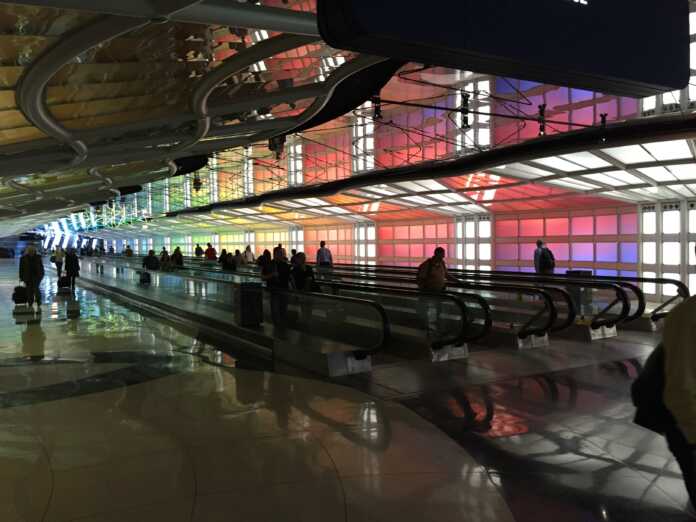 Data from brentuximab vedotin (Adcetris®; Seattle Genetics) in the AETHERA post-transplant consolidation setting for Hodgkin lymphoma (HL) and in frontline diffuse large B-cell lymphoma (DLBCL) were presented at the American Society of Clinical Oncology’s (ASCO) 50th Annual Meeting being held May 29 to June 2, 2015, in Chicago, IL. The theme for the 2015 annual meeting is “Illumination and Innovation: Transforming Data into Learning.” 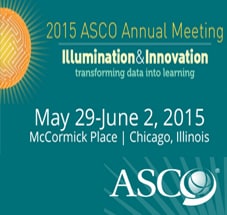 Brentuximab vedotin is an anti-CD30 monoclonal antibody attached by a protease-cleavable linker to a microtubule disrupting agent, monomethyl auristatin E or MMAE, utilizing Seattle Genetics’ proprietary technology. The ADC employs a linker system that is designed to be stable in the bloodstream but to release MMAE upon internalization into CD30-expressing tumor cells.

CD30 expression
CD30 antigen is a trans-membrane glycoprotein belonging to the tumor necrosis factor receptor superfamily, expressed in classical Hodgkin lymphoma, can occur in both children and adults and is most commonly diagnosed in young adults between the ages of 20 and 34 years. Each year approximately 9,000 new cases of HL are projected. Hodgkin lymphoma, which is characterized by the presence of very large cells called Reed-Sternberg cells (although other abnormal cell types may be present), usually starts in the lymph nodes and  often spreads from one lymph node to another and can to other organs.[1]

CD30 is also expressed in systemic anaplastic large cell lymphoma (sALCL), a rare type of non-Hodgkin lymphoma (NHL, but one of the more common subtypes of T-cell lymphoma) comprising about three percent of all NHLs and 10 percent to 30 percent of all NHLs in children, and several other types of non-Hodgkin lymphoma. The drug is being evaluated broadly in more than 30 ongoing clinical trials, including four phase III studies, in earlier lines of its approved HL and sALCL indications as well as in many additional types of CD30-positive malignancies, including cutaneous T-cell lymphoma, B-cell lymphomas and mature T-cell lymphomas.

Treatment of sALCL
While newly diagnosed sALCL patients generally respond well to the common first-line chemotherapy regimens such as CHOP (cyclophosphamide, doxorubicin, vincristine, and prednisone), the long-term disease outcomes vary depending on the disease subtype. Patients with ALK-positive disease, for example, usually respond very well to CHOP. Long-term disease-free survival rate of over 70 percent have been reported.  However, patients with ALK-negative disease have less than a 50 percent long-term disease-free survival rate if treatment is similar.  Furthermore, a number of patients with relapsed or refractory disease do not respond to combination therapy.  For these patients, standard treatment may include a higher dose of chemotherapy followed by a stem cell transplant.

Patients treated with brentuximab vedotin in both ALK (anaplastic lymphoma kinase)-positive and ALK-negative subtypes of ALCL – have responded well to treatment.

Foundation of therapy for CD30-expressing diseases
“The brentuximab vedotin data presented at this years annual meeting of the American Society of Clinical Oncology in both Hodgkin and non-Hodgkin disease settings continues to support our vision to establish brentuximab vedotin as the foundation of therapy for CD30-expressing diseases,” explained Clay B. Siegall, Ph.D., President and Chief Executive Officer of Seattle Genetics. “The data analyses presented from the AETHERA trial show the potential benefits to high risk HL patients of using brentuximab vedotin immediately following an autologous stem cell transplant to prevent progression. In non-Hodgkin lymphoma, the interim data presented in our phase II frontline DLBCL clinical trial evaluating brentuximab vedotin in combination with standard of care show encouraging activity, particularly in patients with CD30-positive disease, and we look forward to evaluating brentuximab vedotin further in both frontline and relapsed/refractory DLBCL.”

Multivariate analysis of PFS from the AETHERA trial
A multivariate analysis of the effects of demographics, baseline disease characteristics and other risk factors on progression-free survival (PFS) from the phase III AETHERA clinical study of brentuximab vedotin consolidation after autologous stem cell transplant for HL (Abstract #8519, poster presentation Sunday, May 31, 2015), showed that, after adjusting for several clinical factors in a multivariate regression analysis, consolidation treatment with brentuximab vedotin was significantly associated with improved PFS compared with placebo (hazard ratio of 0.44) and was more important, or as important, as all evaluated clinical factors. These results show consistent PFS benefit of brentuximab vedotin consolidation therapy, regardless of the clinical factors, further supporting ADCETRIS use as consolidation in HL patients following autologous stem cell transplant (ASCT).[2]

Biologics License Application
Brentuximab vedotin is currently not approved for use in the AETHERA treatment setting. However, based on the positive results from the AETHERA trial, a supplemental Biologics License Application (BLA) for brentuximab vedotin in the AETHERA setting for the post-ASCT consolidation treatment of HL patients at high risk of relapse or progression was accepted for filing by the U.S. Food and Drug Administration (FDA). The FDA granted Priority Review for the application and the Prescription Drug User Fee Act (PDUFA) target action date is August 18, 2015.

Data were reported from 53 patients with a median age of 67 years. Nearly all (96 percent) had stage III/IV disease and were considered high-risk (38 percent) or high-intermediate risk (62 percent). Key findings presented by Nancy Bartlett, MD from the Washington University, Siteman Cancer Center in St. Louis, MO, included:

The phase II trial is ongoing and was recently expanded to explore the activity and safety of brentuximab vedotin plus RCHP (RCHOP; omitting vincristine) as a frontline treatment in patients with CD30-positive, high-intermediate or high-risk DLBCL. Separately, brentuximab vedotin is being evaluated in relapsed or refractory DLBCL.