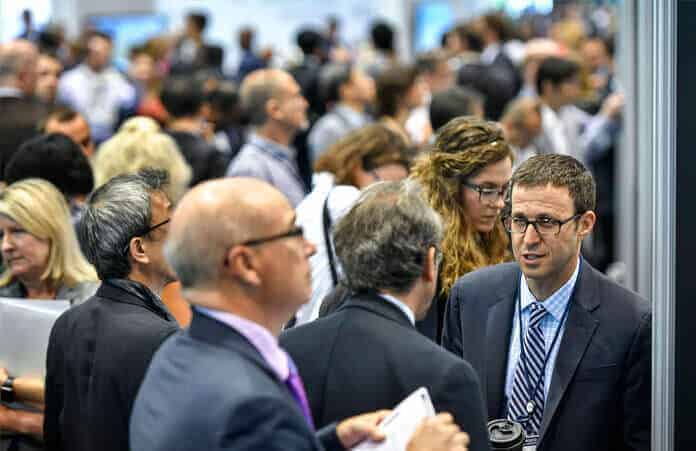 With a growing number of antibody-drug conjugates being approved by regulatory agencies around the world and promising clinical benefits seen in investigational agents, the number of approved and commercially available ADCs is expected to grow exponentially and potentially transform medicine in both the treatment of cancer and hematological malignancies and beyond.

However, despite its promise, developing effective ADCs remains a challenge. This is, in part, due to extensive optimization with regard to antibody target identification, conjugate specificity, conjugation chemistry compatibility, heterogeneous side product co-purification, which are all affecting efficacy, pharmacokinetics and pharmacodynamics (PK/PD) characteristics, and toxicity.

During the virtual annual meeting of the American Society of Clinical Oncology (ASCO) being held May 29 – 31, 2020, a large number of clinical studies were presented involving ADCs – both approved and investigational agents.

The depth and breadth of these presentations represented the progress in helping people affected by cancer achieve better outcomes. Build on the recent U.S. Food and Drug Administration (FDA) approval of 4 antibody-drug conjugates in the last 12 months, including Immunomedics’ sacituzumab govitecan (Trodelvy™; previously known as IMMU-132), ADCs have become a powerful ally in the War on Cancer.

Sacituzumab govitecan is an ADC designed to target Trop2, a cell-surface receptor that is over-expressed by many human tumors, including cancers of the breast, colon, and lung, but has limited expression in normal, healthy, tissues. The therapeutic agent was created by conjugating the active metabolite of irinotecan, SN-38, which is less toxic payloads than used in most other ADCs, via a hydrolyzable linker, site-specifically, and at a high (7.5:1) drug-to-antibody ratio (DAR) to hRS7, Immunomedics’ anti-TROP-2 antibody.

SN-38, the payload used in sacituzumab govitecan approximately 1,000 times more potent as irinotecan. Due to its toxicity and poor solubility, it cannot be administered systemically.  Hence, the targeted ADC-approach was designed to deliver the chemotherapeutic payload directly to cancer cells while, at the same time, sparing ‘normal’ or healthy cells.

Approval
Earlier this year, the agent was approved for the treatment of adult patients with metastatic triple-negative breast cancer (mTNBC) who have received at least two prior therapies for metastatic disease.[1]

Prostate cancer
During the virtual ASCO meeting, investigators presented data from a single-arm, open-label, multicenter phase II trial (NCT03725761) to determine the efficacy and safety of sacituzumab govitecan in the treatment of patients with metastatic castration-resistant prostate cancer (mCRPC) who have progressed on second-generation androgen receptors (AR) pathway inhibitors such as enzalutamide or abiraterone acetate often used as first-line systemic therapy). However, because of multiple resistance mechanisms (including the emergence of AR splice variants), the likelihood of response after progression on either of these inhibitors is significantly lower than in the first-line setting. [2]

Since Trop2 is expressed in > 70% of prostate cancers and is enriched in mCRPC expressing AR splice variants, investigators are studying the potential sacituzumab govitecan to meet the unmet clinical need in this patient population. The trial which is managed by the Prostate Cancer Clinical Trials Consortium and funding by Immunomedics with support from the Prostate Cancer Foundation is actively accruing. [2]

Metastatic urothelial cancer
Interim results from the TROPHY-U-01 study in 35 patients metastatic urothelial cancer (mUC) who progressed on platinum and checkpoint inhibitor therapy demonstrated an objective overall response rate (ORR) of 29% in patients with a median of 3 prior treatment lines (range 2–6). The investigators noted neutropenia as the most common grade ≥3 treatment-related adverse events AE (TRAE).

According to the investigators, the majority of patients (61% [11/18]) had a target lesion reduction. The safety profile was consistent with prior reports with the most common adverse grade ≥3 events to include neutropenia (39%), fatigue (33%), diarrhea (28%), leukopenia (22%), anemia (17%), and febrile neutropenia (11%). The investigators did not report events of interstitial lung disease, ocular toxicities, or grade > 2 neuropathy, and there were no treatment-related deaths.

Based on these interim results, sacituzumab govitecan has demonstrated a manageable safety profile with an encouraging ORR of 28% which, according to the investigators, supports the development of this therapeutic agent in platinum-ineligible patients with mUC who have progressed after checkpoint inhibitor therapy.[3]

The investigators evaluated patients with advanced solid tumors but were unselected for Trop2.  These patients received intravenous sacituzumab govitecan (days 1 and 8 of 21-day cycles) until progression or unacceptable toxicity.

Following CT/MRI scans at 8-week intervals for response assessment by RECIST 1.1. the investigators reported a median Overall Survival (OS) in unselected patients with mEC who progressed on prior platinum therapy is ~10 months with an ORR of ~10%.

Sacituzumab govitecan monotherapy demonstrated clinical activity in patients with relapsed/refractory mEC. This observation was consistent with previous preclinical findings and supports further clinical investigation in other trials (NCT04251416). According to the investigators, the phase II TROPiCS-03 study (NCT03964727) in patients with metastatic solid tumors selected based on elevated Trop-2 expression by a validated IHC assay is also expected to help better understand the response to sacituzumab govitecan therapy.[4]

As part of this study, patients received sacituzumab govitecan (10 mg/kg IV, days 1 and 8 every 21 days). Treatment continued until there was an observed lack of clinical benefit or unacceptable toxicity. The primary endpoint of the trial was objective response rate (local assessment). Additional endpoints included clinical benefit rate, duration of response, progression-free survival, and safety.

Patients who previously received topoisomerase I inhibitors therapy and patients with known active CNS metastases were excluded from the study.

Based on the overall safety of participating patients (N=420), the investigators found that sacituzumab govitecan was tolerable, with a predictable and manageable safety profile, and low discontinuation rates due to treatment-related adverse events. [5]

Based on the results presented during the virtual ASCO meeting, investigators believe that sacituzumab govitecan is generally well-tolerated and induced durable responses in heavily pretreated patients and that this therapeutic agent should be studied further in patients with Trop2-expressing tumors.