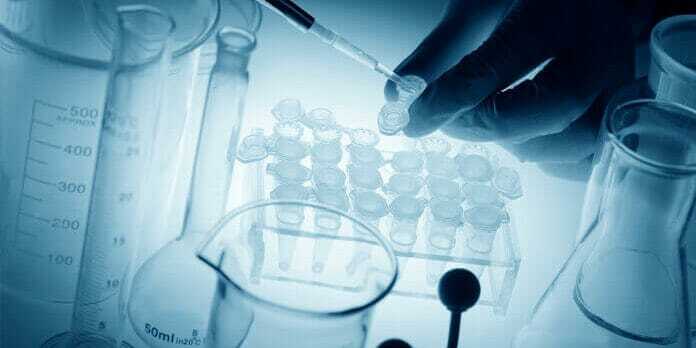 In addition to the targeting monoclonal antibody, the linker technology is crucial. The linker needs to be sufficiently stable in circulation to allow the payload to remain attached to the antibody while, at the same time should allow efficient release of an active cell-killing agent after the antibody-drug conjugate is internalized.

After binding to a specific antigen on the surface of cancer cells, the ADC is internalized where, inside the cell, the cytotoxic payload is released to kill the malignant cell. Today, these cytotoxic payloads include two microtubule-disrupting agents maytansinoids and auristatins as well as a DNA-targeting antibiotic, calicheamicin.[2]

In addition, nearly 180 other agents are in development – from early stage discovery to advanced stages of clinical development. These novel agents including sacituzumab govitecan for breast cancer, mirvetuximab soravtansine for ovarian cancer, rovalpituzumab tesirine (Rova-T) for lung cancer, depatuxizumab mafodotin for glioblastoma, and oportuzumab monatox for bladder cancer.

While today four antibody-drug conjugates are successfully implemented in clinical strategies, the majority of these ADC are used in liquid, hematological, cancers. The number of antibody-drug conjugates in the treatment of solid, non-hematological, tumor is limited. Most ADCs focusing on solid tumors have not progressed beyond Phase I clinical trials, suggesting that there is an unmet need to optimize additional factors governing translational success.[3]

The first approved antibody-drug conjugates were approved for the treatment of hematologic malignancies. Gemtuzumab ozogamicin is an anti-CD33 antibody conjugated via an acid–labile linkage to calicheamicin. The second approved antibody, brentuximab vedotin, included an anti-CD30 antibody conjugated via a cleavable valine-citrulline (vc) dipeptide linker to the microtubule-disrupting agent monomethyl auristatin E (MMAE).

The first antibody-drug conjugate to be approved for the treatment of non- hematologic, solid tumors was ado-trastuzumab emtansine. This antibody-drug conjugate was developed by conjugating the sulfhydryl group of maytansinoid DM1 to lysine amino groups of the anti-human epidermal growth factor receptor 2 (HER2) antibody, trastuzumab, via reaction with the bifunctional non-cleavable linker, succinimidyl-4-(N-maleimidomethyl)cyclohexane-1-carboxylate (SMCC).

While antibody-drug conjugates have been successfully included in therapeutic strategies for the treatment of patients with various forms of malignancies, there is a growing number of agents for which clinical development programs have been discontinued because of insufficient activity at the maximum doses that can be tolerated upon repeat administration. This is especially the case in solid, non-hematological, tumors.

Alternatived to current technologies
Current antibody-drug conjugate-technologies focus on large, whole immunoglobulin formats. Many of these ADCs have been developed with site-specifically conjugated payloads with a DAR (drug to antibody ratio) of 2 or 4.

As discussed above, the majority of ADCs have not had much success in the treatment of solid, non-hematological, tumors.  As result, leading researchers are now exploring alternatives, smaller formats-drug conjugates, including single domain antibody fragment–drug conjugates, single-chain formats such as the scFv, diabodies (head-to-tail dimer of a scFv) and small immuno-proteins (SIPs-scFvs dimerised using a CHε4-domain, approximately half the size of an monoclonal antibody), from 80 kDa to around 1 kDa in total size, which have better penetrating properties as well as more rapid pharmacokinetics (PK).

Discussed in a review by Mahendra P. Deonarain, Gokhan Yahioglu and colleagues, working for Antikor Biopharma, in Stevenage Herts, United Kingdom, and the UK Department of Chemistry, Imperial College London, London, United Kingdom, published in the June 2018 edition of Antibodies (Volume 7, Issue 2), both practical studies and theoretical reviews support the idea that smaller antibody fragments may have faster diffusion and extravasation coefficients and penetrate tumors more rapidly than monoclonal antibodies.[4]

In general, these alternative agents are potent in vitro, particularly the more recent ones incorporating  auristatins or maytansinoids. However, due to the more rapid clearance, the potency profile of these smaller compounds changes when being tested  in vivo. Strategies to manipulate the PK properties, while, at the same time, retaining the more effective tumor penetrating properties, may, as being discussed by Deonarain and colleagues, make small-format drug conjugates viable alternative therapeutics to the more established antibody-drug conjugates.

Bridging HER2 and Prolactin Receptor Improves Efficacy of an HER2 ADCs.