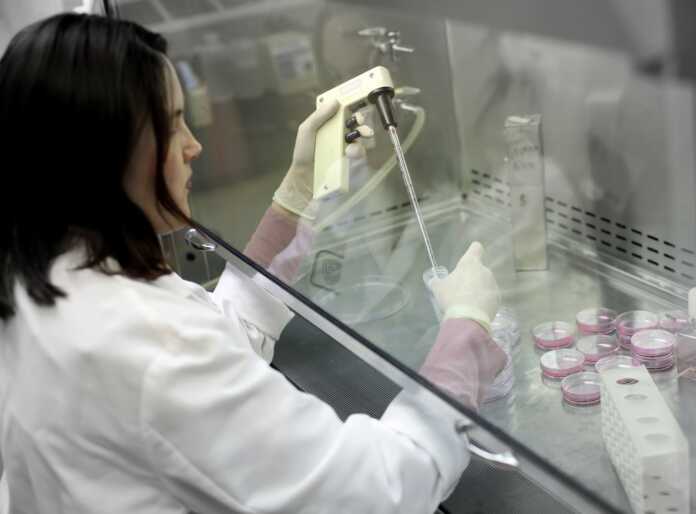 Dutch pharmaceutical company Synthon Biopharmaceuticals has initiated the second part of an ongoing phase I clinical trial with its investigational anti-HER2 antibody-drug conjugate or ADC, SYD985.

HER2, which is targeted by SYD985, is a member of the human epidermal growth factor (HER) family of transmembrane tyrosine kinases which, as a result of their significant role in the pathogenesis of various cancer types, has been of considerable interest in oncology. [1]

Researchers at Synthon are investigating SYD985 in a clinical trial called SYD985.001. The trial is a two part first-in-human phase I study designed evaluate the safety, pharmacokinetics and efficacy in patients with histologically-confirmed, locally advanced or metastatic tumors. This includes patients who have progressed on standard therapy or for whom no standard therapy exists. [2]

During the part I, dose escalation, study, patients with solid tumors of any origin were enrolled. Initial results of this part of the trial were presented at the European Cancer Congress (ECC) in Vienna, Austria, in September 2015 [3][4]

For the extended cohorts, the second part of the study, enrollment is focused at patients with breast or selected non-breast tumors with demonstrated HER2 expression and measurable disease lesions as per protocol defined criteria. In this part, researchers will enroll 48 additional heavily pre-treated patients with HER2+ breast cancer. This marks an important next step in the development of SYD985, the frontrunner of Synthon’s duocarmycin-based ADC platform.

Platform technology
Antibody-drug conjugates are designed to combine the specificity of antibodies directed against tumor-associated targets with potent cytotoxicity. Upon internalization, the antibody-bound cytotoxins are released intracellularly, leading to programmed tumor cell death.

While the cytotoxins used in the majority of advanced programs in the field prevent tubulin polymerization during cell division, Synthon’s differentiating linker-drug technology − applying valine-citrulline-seco- DUocarmycin-hydroxyBenzamide-Azaindole (vc-seco-DUBA) − is based on synthetic duocarmycin analogs, which bind to the minor groove of DNA and subsequently cause irreversible alkylation of DNA. This disrupts the nucleic acid architecture, which eventually leads to tumor cell death.

Although based on natural products, Synthon’s proprietary linker-drug technology uses fully synthetic duocarmycin analogs. The unique design of the selectively cleavable linker connecting the antibody to the duocarmycin drug leads to high stability in circulation, and induces efficient release of the cytotoxin in the tumor. [5]

In preclinical studies researchers also found that at pH conditions relevant for tumors, cathepsin-B cleavage showed efficient release of the active cytotoxic payload by SYD985. In contrast, ado-trastuzumab emtansine did not show the same results.

More potent in low HER2-expressing cancers
The initial in vitro data suggested that SYD985 is a more potent antibody-drug conjugate in HER2-expressing tumors in vivo, especially in low HER2-expressing and/or in heterogeneous tumors. In line with this, in vivo antitumor studies in breast cancer patient-derived xenograft (PDX) models showed that SYD985 is very active in HER2 3+, 2+, and 1+ models, whereas ado-trastuzumab emtansine only showed significant antitumor activity in HER2 3+ breast cancer PDX models. [6]

Based on these preclinical data, researchers at Synthon concluded that SYD985 offers clinically relevant efficacy in patients with breast cancer with low levels of HER2 expression. This conclusion let study ongoing clinical studies to evaluate the safety SYD985 at different dose levels, to understand how SYD985 is handled by the body and to evaluate the effect of SYD985 in HER2+ cancers.

Phase I dose finding study
In the initial dose-finding part of the SYD985.001 trial, promising results were obtained in 33 cancer patients who were dosed with between 0.3 and 2.4 mg/kg of SYD985 every three weeks. Most noticeably, very high response rates and durable responses were observed in patients whose cancers were refractory to HER2-targeted agents, including trastuzumab (Herceptin®; Genentech/Roche) and ado-trastuzumab emtansine, following treatment with SYD985 at doses from 1.2 mg/kg onwards.

Although data from the dose-finding part – which includes patients with solid tumors of any origin – will continue to be collected, evaluation of the larger cohort of 48 heavily pre-treated breast cancer patients with HER2-positive tumors (i.e. HER2 3+ or FISH-positive) has been initiated.

Clinical evaluation in this heavily pre-treated patient population, whose cancers are refractory to multiple lines of registered HER2-targeting treatments including trastuzumab and ado-trastuzumab emtansine, will continue to collect data on efficacy, safety and tolerability of SYD985 treatment at a starting dose of 1.2 mg/kg.

Data from this cohort will enable researchers at Synthon to design the first pivotal trial with SYD985 as suggested by several national regulatory authorities and subject to an ongoing EMA scientific advice request regarding the most optimal development pathway.

“The auspicious data we have already obtained with SYD985 confirms our belief in this potential new HER2-targeting treatment for patients whose cancers have become refractory to currently available anti-HER2-treatments,” noted Jacques Lemmens, founder and CEO of Synthon.

“Encouraged by the enthusiasm of our principal investigators and the regulatory bodies that have been consulted, we are further expediting our efforts to drive this compound forward towards a market authorization. The expanded cohort will provide us with information about the minimum effective dose; a very important parameter in this vulnerable group of patients,” Lemons continued.

Meanwhile, the evaluation in the dose-finding part of the trial continues to further investigate efficacy and safety of repeated treatment cycles.

Existing literature has shown that that HER2 overexpression exist in a subset of patients with non-breast and non-gastric cancers. As a result, researchers believe in the promise of anti-HER2 targeted therapy in these patients. [1] Hence, following determination of the recommended dose of SYD985 later this year, more patients will be enrolled in this trial, including those with breast cancer with lower HER2 expression (HER2 1+/2+ or FISH-negative) as well as those with gastric, endometrial or bladder cancer.