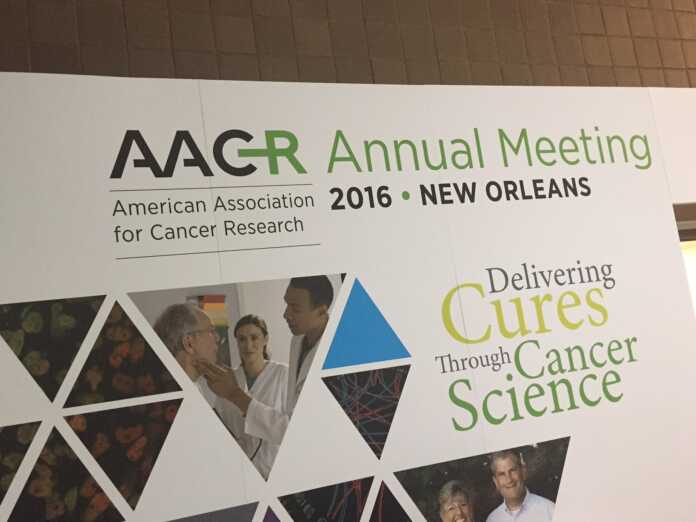 This year, the American Association for Cancer Research (AACR) will host their annual meeting from April 16 to 20, 2016 in the Ernest N. Morial Convention Center in New Orleans, LA. The meeting is expected to draw approximately 19,000 scientists, clinicians, advocates, and others to discuss advances in the field of cancer science. The multidisciplinary program will include an outstanding roster of speakers, hundreds of invited talks, and more than 6,000 proffered papers.

This year, among the thousands of oral sessions, papers and poster to be presented, nearly 100 will cover all aspects of antibody-drug conjugates – from early discovery to preclinical and clinical trials. Here is a short overview of what can be expected.

Importance of ADCs
Although the global market for antibody drug conjugates is still considered to be in an infancy stage – with only three antibody drug conjugates ever to have received market approval from the United States Food and Drug Administration (FDA) they have emerged as important therapeutics for treating cancer and hematological malignancies. Their importance is confirmed by the approval of brentuximab vedotin (Adcetris™, Seattle Genetics) and ado-trastuzumab emtansine (Kadcyla™, Genentech/Roche) and the large number of ADCs (>35) currently in clinical trials.

In a CME-designated Educational Session during the annual meeting of the AACR  (“From Chemistry to the Clinic: Pathways for Drug Discovery and Development, Part 1– Optimizing Drug Discovery: Insights on an Important Process”) on Saturday, April 16 (8:00 AM -10:00 AM; Location: Room 271, Morial Convention Center), the invited presenters discuss that all potential chemically modified agents, including antibody-drug conjugates, will realize improved anticancer activity, utilizing ADME, toxicology, and pharmacology data as the drivers towards further compound optimization towards finding effective agents with minimal toxicities and significantly improved anticancer activities.

Linker chemistry
The combination of a highly potent cytotoxic drugs linked to the targeting capacity of monoclonal antibodies allows sensitive discrimination between cancerous tissues and healthy tissues. The conditionally cleavable linker, which is stable in circulation, is designed to release the cytotoxic payload upon internalization into a target cell.

In the development of ADCs, these ‘functional conjugation handles’ being used include amines (both primary and secondary), thiols, and carboxylic acids. However, the majority of payloads used in the development of antibody-drug conjugates do not possess appropriate ‘handles’ that allow for stable conjugation and release of the cytotoxic drug in an unmodified form. In most cases, these drugs have been considered unsuitable for use as part of an ADC. While scientists can modify the drug structure to introduce a handle for conjugation, such modifications generally interfere negatively with the drug’s activity profile, which, in turn, can result in reduced potency, insufficient immunologic specificity of the antibody-drug conjugate and, due to non-specific release of the drug from the conjugate, increased toxicity.[1]

To avoid this problem, scientists at Seattle Genetics have developed new linker chemistry, the methylene-alkoxy-carbamate (MAC) [1]. Their novel approach enables direct conjugation of drugs through alcohol functional groups. Because these groups are present on a diverse range of synthetic drugs as well as cytotoxic natural products, scientist have effectively expanded the potential of available cytotoxic payloads. During the upcoming meeting, scientists from Seattle Genetics will present the proof-of-concept in which they have linked monomethyl auristatin E (MMAE) through the secondary alcohol of the norephedrine residue and characterized the stability and in vivo activity of the resulting ADCs.[2]

The data from Seattle Genetics’ novel  MMAE linker technology will be highlighted in a poster presentation on Tuesday, April 19, 2016 (Abstract 2956). By incorporating a short polyethylene glycol (PEG) unit, a self-hydrolysing maleimide and a glucuronidase release mechanism, the new MMAE drug-linker demonstrates pronounced activity with an increased therapeutic index in preclinical models.

“[These] data presentations … illustrate novel linker systems and cell-killing payloads as well as continued progress in understanding the chemical and biological properties of ADCs …. We believe [that] ADCs will continue to play an increasingly important role in cancer treatment,” noted Jonathan Drachman, M.D., Chief Medical Officer and Executive Vice President, Research and Development at Seattle Genetics.

Thrombocytopenia and neutropenia
During the upcoming meeting, scientists from Agensys (Santa Monica, CA) will present results from their investigation of the potential mechanisms of thrombocytopenia and neutropenia as common adverse events in cancer patients treated with antibody-drug conjugates (ADCs).  The investigators used (HSC) in vitro and two ADCs, AGS-16C3F and ado-trastuzumab emtansine (T-DM1) to investigate the underlying mechanisms.

Breast Cancer
One Saturday, April 16, the educational session “Breast Cancer Targets in 2016,” will address targetable and potentially targetable abnormalities in breast cancer as well as potential opportunities for targeting the HER2 pathway in clinically HER2 negative breast cancer. During this session, Ron Bose  from the Washington University School of Medicine in Saint Louis, MO, will discuss “Targeting HER2/3 in breast cancer: An overview of genomic changes, drug development and clinical trials (10:45 AM -11:10 AM, Location: Room 291, Morial Convention Center).

The researchers found that the combination of IMMU-132 therapy with either microtubule or PARP inhibitors resulted in significant anti-tumor effects in TNBC disease models with no observable toxicity.  According to the scientists, the trial data provide the rationale for the clinical evaluation of IMMU-132 in combination with these chemotherapeutics in TNBC patients (Significant enhancement of efficacy of an anti-Trop-2 antibody-drug conjugate, sacituzumab govitecan (IMMU-132), in experimental triple-negative breast cancer (TNBC) when combined with microtubule or PARP inhibitors; Presentation Time: Sunday, April 17, 2016, 1:00 PM – 5:00 PM; Abstract 584).

Earlier this year Immunomedics lead antibody-drug conjugate, sacituzumab govitecan has received Breakthrough Therapy Designation from the FDA for the treatment of patients with triple-negative breast cancer (TNBC) who have failed at least 2 prior therapies for metastatic disease.

Their work was based on the hypothesis that ALK-targeted antibodies may be useful in neuroblastoma as single-agent immunotherapy or in combination with small-molecule ALK inhibitors – especially where mutations reduce kinase inhibitor sensitivity. Their research demonstrated that targeting human ALK-expressing with an ALK antibody-drug conjugate shows early signs of favorable efficacy and tolerability supporting future development of this approach as a potential novel therapeutic for patients with neuroblastoma.

More payloads
On Tuesday, Manami Shizuka, Alan Wilhelm, Katie Archer, Emily Reid,  et al,  ImmunoGen, Inc., Waltham, MA present results of their of on the ongoing effort to expand the cytotoxic payloads for use in ADCs.  The development of the mono-imine-containing indolino-benzodiazepine dimer, IGN-P1, conjugated via a protease-cleavable peptidic L-alanine-L-alanine linker to a folate receptor α (FRα)-binding antibody, and an EGFR-binding antibody resulted in  a novel ADCs demonstrating high in vitro potency (IC50 ~4-100 pM) and specificity towards several cancer cell line.

The researchers found that the stereochemistry of the peptide linker was crucial for bystander activity and in vivo efficacy and that  IGN-P1 ADC exhibited strong bystander activity, which, they believe is dictating strong antitumor activity in vivo. Furthermore, treatment of low to moderate antigen-expressing models with Ab-IGN-P1 showed  tumor regressions at doses as low as 3-10 µg/kg linked payload.

Based on the initial results of their study, the researchers conclude that there is a potential therapeutic benefit of highly active and specific IGN-P1 conjugates, even for the challenging subset of patients with solid tumors where the target antigen is expressed at lower levels (Peptide-linked indolino-benzodiazepine DNA-alkylating agents for use in antibody-drug conjugates; Tuesday, Apr 19, 2016, 8:00 AM -12:00 PM; Abstract 2959)

Late breaking
During a late breaking session on Sunday, Marie-Priscille Brun, Hervé Bouchard, François Clerc, and their colleagues from Sanofi R&D, Vitry-sur-Seine, France, present  “Towards new cryptophycins as promising payloads for ADC.” (LB-053). Cryptophycins, a potent, cytotoxic dioxadiazacyclohexadecenetetrone isolated from cyanobacteria of the genus Nostoc, have been evaluated as payloads in ADCs.  Scientists have found that free cryptophycin analog 1 displayed cell activity an order of magnitude more potent than the currently approved payloads MMAE (in brentuximab vedotin) and DM1 (in ado-trastuzumab emtansine). The observed potency increase was also reflected in the activity of a cryptophycin based ADC, attached via a either cleavable or non-cleavable linker. [3]

Moonshot
One of the highlights of the annual meeting is the presentation by Vice President Joe Biden on Wednesday, April 20, at the beginning of the Wrap-Up Plenary Session, entitled the “AACR Annual Meeting 2016 Highlights: Vision for the Future.”

Commenting on the upcoming visit of the Vice President to the last day of the annual meeting, AACR’s Chief Executive Officer Margaret Foti, PhD, MD (hc) said: “This is really a monumental moment in the field of cancer research and it is an extraordinary honor for the AACR to welcome the Vice President.”

Foti continued “[The Vice President] has chosen our Annual Meeting… to provide us with the latest information about the National Cancer Moonshot Initiative, which President Obama announced during his 2016 State of the Union address, including sharing additional details about the Blue Ribbon Panel of scientific experts, cancer leaders, and patient advocates that was established last week to help guide the National Cancer Moonshot Initiative.”

This years the annual meeting of the American Association for Cancer Research is again confirming its standing among the most important medical meetings around the globe.