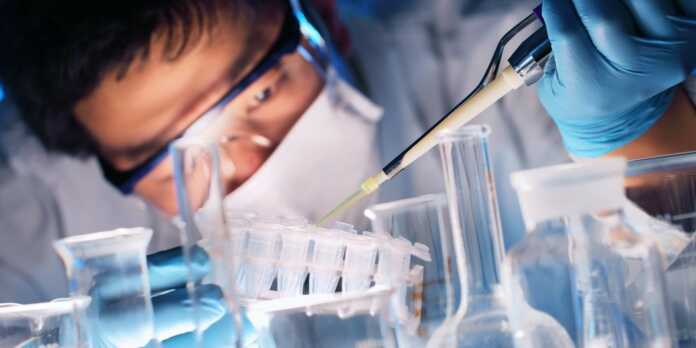 In late august, Korean-based Alteogen announced that it expect to initiate a phase I clinical trial for ALT-P7, a novel antibody-drug conjugate or ADC targeting the human epidermal growth factor receptor 2 (HER-2) gene for treating HER2-positive breast cancer at the Samsung Medical Center (SMC) in the fall of 2017.  The start of the trial follows approval by the SMC’s Institutional Review Board. Earlier this year, the Korean Ministry of Food and Safety Drug Safety approved the phase I trial for Alteogen’s ALT-P7.

Novel ADC
ALT-P7 (also known as HER2ALT-P7) is developed based on Alteogen’s proprietary NexMab™ ADC technology. The investigational agent is a novel antibody-drug conjugate (ADC) that binds and neutralizes HER2 resulting in sustained inhibition of tumor growth.

Approximately 20% of breast cancers and 15% of gastric cancers are characterized by amplification of the human epidermal growth factor receptor 2 (HER2), and researchers believe that the ALT-P7 is more efficacious and stable compared with first generation ADCs. Further, preclinical proof-of-concept, including in vitro binding assays and in vivo efficacy in animal models, has demonstrated superiority of ALT-P7 over current drugs in murine models of HER2-positive breast cancer.

This trial is an open-label, dose-escalating, phase I clinical study to evaluate the safety, tolerability, and pharmacokinetics of ALT-P7 in a total of 42 patients with HER2-positive, advanced or refractory breast cancer who are unresponsive to the current standard therapy.

Company officials stated that the launch of this phase I study represents a meaningful event for the local company who developed the ADC product.

Complexity
ADC is a complex molecule composed of an antibody linked to a biologically active cytotoxic chemotherapy. The aim of developing ADC is to target and kill only cancer cells. Due to this targeting, the drug has low side effects and gives a wider therapeutic window than that afforded by the chemotherapeutic agents. ALT-P7 is a long-acting trastuzumab biobetter.

“A green light to launch the phase I trial for the ADC product not only gives us a boost on the global market, but also opens a new era for local developers. With its proprietary NexMab™ ADC technology, we will further expand the indications of ALT-P7 to gastric cancer whose market size is estimated at 4 trillion Korean won (U.S. $ 3,5 billion) ,” Park Soon-jae, Alteogen’s Chief Executive Office observed.

China
In 2015 Alteogen signed an agreement with 3SBio, a leading China-based biotechnology company, for the development, manufacturing and marketing of  biopharmaceutical products,  as well as an exclusive licensing agreement for ALT-P7 in Mainland China, Hong Kong and Macau. The deal included undisclosed upfront, milestone and royalty payments.

At the time of establishing, Jing Lou, Chairman and CEO of 3SBio noted, that 3SBio was “…impressed by Alteogen’s  proprietary ADC technology ….  Novel mAb candidates, including ADCs and bispecific antibodies, shed light on the treatment for refractory or metastatic cancers, such as breast and gastric cancers, which is consistent with 3SBio’s core therapeutic areas of oncology and nephrology.”

Lou also noted that “…  [that his team was looking] forward to working with Alteogen as we seek regulatory approvals to move ALT-P7 into clinical trials in China.”

Immunome and pH Pharma Sign Agreement for the Development of Novel...

Potential Accelerated Approval for Enfortumab Vedotin in Combination with Pembrolizumab as...