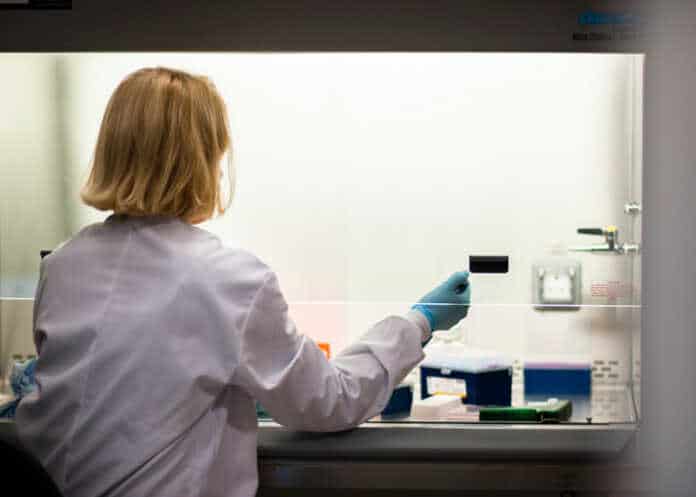 ADC Therapeutics, an oncology drug discovery and development company headquartered in Lausanne, Switzerland and London, UK, that specializes in the development of proprietary Antibody Drug Conjugates (ADCs) targeting major cancers, has raised $80 million through a private placement of equity. New investors include leading European and US-based investors alongside founding investor Auven Therapeutics and participation from AstraZeneca.

The proceeds will be used to progress ADC Therapeutics’ product portfolio. The development pipeline includes the company’s lead program, ADCT-301, for the treatment of relapsed/refractory Non-Hodgkin or Hodgkin lymphoma, which entered Phase I clinical trials (NCT02432235) earlier this year.  The proceeds will also benefit the collaboration to develop up to two ADCs for commercialization with MedImmune, the global biologics research and development arm of AstraZeneca.

ADCT-301
ADCT-301, the company’s lead program, is an antibody-drug conjugate composed of a recombinant human IgG1, HuMax®-TAC against human CD25 attached to a PBD warhead. [1]

The Interleukin-2 receptor-α (IL2R-α, CD25) is one of a heterotrimer making up the IL2R. It plays a major role in signal transduction pathways involved in the pathogenesis of autoimmunity and graft rejection. [1]  Based on the preponderance of CD25+ cells in hematological malignancies as well as the relationship between increased CD25 expression and poor prognosis, researchers became interested in investigating the possibility of using an anti-CD25 antibody to deliver a cytotoxin to these specific cells in patients. The clinical proof of concept for treatment of CD25-positive malignancies was established using radio-immunoconjugates and immunotoxins with antibodies basiliximab, a chimeric mouse-human monoclonal antibody to the α chain (CD25) of the IL-2 receptor of T cells, and the humanized monoclonal antibody daclizumab. [2][3]

During the 56th Annual Meeting of the American Society of Hematology (ASH) in December 2014, investigators reported that ADCT-301 demonstrated dose-dependent in vivo antitumor activity against SUDHL1 and Karpas 299 xenograft and disseminated models. The investigators showed that the trial drug, at a single dose of 0.2 mg/kg, significantly delayed Karpas 299 tumor growth compared to vehicle-treated and isotype control ADC-treated mice, and at 0.4 and 0.6 mg/kg gave 3/10 and 10/10 tumor-free survivors, respectively. [1]

The investigators also observed 10/10 tumor-free survivors  at a single dose of 0.5 mg/kg.  In contrast, treatment with brentuximab vedotin (Adcetris®, Seattle Genetics) only resulted in a modest delay in mean tumor growth at a single dose of 0.5 mg/kg despite this tumor expressing three times the level of the brentuximab vedotin target CD30 antigen compared to CD25.  The investigators also reported that ADCT-301 was well tolerated with no signs of toxicity at 6 mg/kg, which was, at the time of the presentation, currently the highest dose tested. [1]

To facilitate the development, ADC Therapeutics has built a highly experienced R&D team in the UK, as well as legal, finance and EU clinical teams in Switzerland, and regulatory, clinical and manufacturing teams in the US.  The company also works closely with a number of specialist partners in Europe and the US for regulatory, clinical trial management and manufacturing activities.

In June, Chris Martin, PhD, a co-founder of Spirogen Ltd and its Chief Executive Officer leading up to the sale of Spirogen to MedImmune and a recognized leader in the ADC space, joined ADC Therapeutics as Chief Executive Officer, after having played a key role in the formation and strategy of the company as a member of its Board of Directors. Martin has also served as a member of MedImmune’s Leadership Team.

Commenting on securing the funding, Martin noted: “The significant advances we have made in progressing our pipeline of ADCs have been recognized by this financing round. In a major milestone for the company, our first ADC candidate drug entered the clinic earlier this year and we are on track to file for our second IND with the FDA by the end of October.”

“The quality of investors we have been able to attract and the size of this investment round, just over three years since the Company was founded, is a great endorsement of our strategy and potential. This financing provides the funds required to aggressively develop our pipeline of proprietary ADCs with best-in-class PBD-based warheads and linkers as an important part of the next-generation of cancer drugs, with the potential to impact cancer patients worldwide,”  Peter B. Corr, MD, PhD, Chairman of the Board of ADC Therapeutics and co-founder and Managing General Partner of Auven Therapeutics, added.

The Company was advised by Christoph Ladanyi, co-founder and Managing Director of BLMS Capital, and its corporate legal counsel Homburger AG.