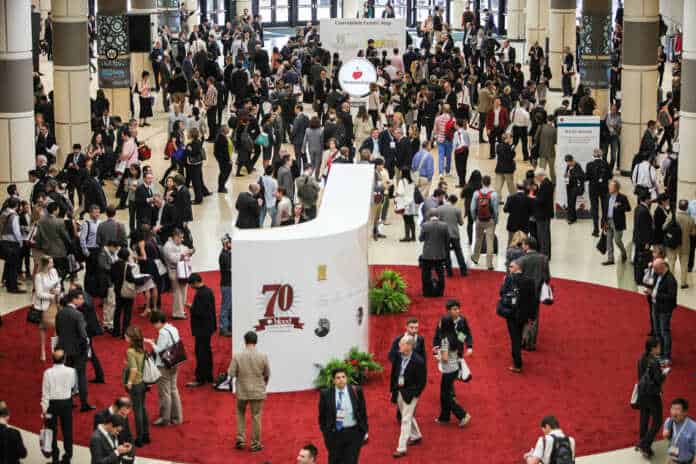 Acute myeloid leukemia, also called acute myelocytic leukemia or AML, is an aggressive type of cancer of the bone marrow and blood that progresses rapidly without treatment. AML is a cancer that starts in the cells that are supposed to mature into different types of blood cells. AML starts in the bone marrow (the soft inner part of the bones, where new blood cells are made) and quickly moves into the blood. According to the American Cancer Society, in 2015 more than 20,500 new cases of AML (mostly in adults) will be diagnosed and nearly 10,500 deaths will occur from AML (almost all will be in adults).

A novel targeted drug
Vadastuximab talirine is a novel antibody-drug conjugate or ADC targeted to CD33 which is expressed on leukemic blasts in nearly all AML patients and expression is generally not influenced by subtype, cytogenetic abnormality or underlying mutations. The trial drug is based on Seattle Genetics’ newest technology in which a monoclonal antibody with engineered cysteines (EC-mAb) is attached via a proprietary site-specific conjugation technology to a pyrrolobenzodiazepine (PBD) dimer, a highly  potent DNA binding agent.

Pyrrolobenzodiazepine (PBD) dimers
The  PBD dimers are significantly more potent than systemic chemotherapeutic drugs and the site-specific conjugation technology allows uniform drug-loading of the cell-killing PBD agent to the anti-CD33 antibody. Pyrrolobenzodiazepine dimers have been shown to have broad spectrum anti-tumour activity in vivo. These novel drugs exert their activity by binding in the minor groove of DNA and linking the two DNA strands together in a way that cells find difficult to recognise and repair.

Furthermore, pyrrolobenzodiazepine (PBD) dimers combine potency with a demonstrated therapeutic index (unlike other payloads like calicheamycin), are not cross-resistant with widely used chemotherapy agents, and their unique mode of action sets them apart from the tubulin binders such as maytansinoids and auristatins that currently dominate the ADC arena.

Interim data
Based on interim data from the ongoing phase I clinical trial, a phase III clinical trial is planned to begin in 2016. The phase III study will evaluate vadastuximab talirine in combination with HMAs in previously untreated older AML patients. Seattle Genetics is also evaluating vadastuximab talirine broadly across multiple lines of therapy in patients with myeloid malignancies, including in ongoing and planned phase I and II clinical trials for newly diagnosed or relapsed AML and for newly diagnosed myelodysplastic syndrome or MDS.

Orphan drug designation
Vadastuximab talirine was recently granted Orphan Drug Designation by both the U.S. Food and Drug Administration (FDA) and the European Commission (EC) for the treatment of AML. FDA orphan drug designation is intended to encourage companies to develop therapies for the treatment of diseases that affect fewer than 200,000 individuals in the United States.

“For decades, little progress has been made in improving treatment outcomes for AML patients. Older AML patients have particularly poor outcomes and most do not tolerate intensive therapies,” said Jonathan Drachman, M.D., Chief Medical Officer and Executive Vice President, Research and Development at Seattle Genetics. “Hypomethylating agents are a standard of care for these patients, but deliver low response rates and median overall survival of 10 months or less. We are committed to improving the therapeutic options for AML patients through innovative, targeted approaches. Based on the phase 1 data at ASH, we plan to advance [vadastuximab talirine] into a randomized phase III clinical trial in combination with HMAs for newly diagnosed older AML patients in 2016.”

Improving outcomes
“There is a dire need to improve outcomes for older patients with AML,” said Amir Fathi, M.D., Massachusetts General Hospital Cancer Center. “I am pleased with the anti-leukemic activity we have observed in phase I clinical trials evaluating [vadastuximab talirine] both as monotherapy and combination therapy in AML patients. This is an incredibly difficult disease to treat and the results to-date, especially in combination therapy, show a balance of activity and tolerability together with low early mortality rates. The response rates and durable remissions with [vadastuximab talirine] treatment compare favorably to the current standard of care.”

A Novel, Well-Tolerated Regimen with High Remission Rate
Outcomes for AML patients who are not candidates for intensive chemotherapy or allogeneic stem cell transplant are dismal. Low intensity treatment options, including HMAs (azacitidine and decitabine), are limited with complete remission and complete remission with incomplete platelet or neutrophil recovery (CR/CRi) rates of 17.8 to 27.8% and median overall survival of 7.7 to 10.4 months. Interim results from an ongoing phase I study evaluating vadastuximab talirine in combination with HMAs were presented for the first time. [1]

Data were reported from 25 frontline unfit AML patients with a median age of 77 years and predominantly intermediate or adverse cytogenetic risk who had declined intensive therapy. Forty-eight percent of patients had evidence of underlying myelodysplasia. The key findings presented by Fathi included:

Monotherapy in Patients with CD33-Positive Acute Myeloid Leukemia
Data were reported from 93 AML patients treated with [vadastuximab talirine] monotherapy with a median age of 74 years and predominantly intermediate or adverse cytogenetic risk. The disease status of the 93 patients was a mixed AML population, consisting of mostly relapsed patients, but also a small percentage of older newly diagnosed patients. Of the 93 patients, 37% had previously received intensive therapy, 44% had received prior non-intensive therapy and 19% had declined intensive therapy. More than 58% of patients had evidence of underlying myelodysplasia. [2]

The key findings presented by Anthony Stein, M.D., City of Hope, include:

Effective Anti-Leukemic Activity in Multiple Preclinical Models of AML
Preclinical data from a novel ADC called SGN-CD123A, consisting of an anti-CD123 antibody attached to a PBD dimer, were also featured in an oral presentation at ASH. CD123 is expressed across AML subtypes, and is particularly prominent on leukemic stem cells, which are difficult to kill and may be responsible for high relapse rates even following intensive therapy. Data presented in an oral session by Eric Feldman, M.D., Senior Medical Director at Seattle Genetics, demonstrated enhanced anti-leukemic activity observed across multiple AML cell lines, including four out of five multi-drug resistant cell lines, and in 20 of 23 AML patient samples. In addition, antitumor activity was observed in all of the in vivo models tested. These preclinical data support a phase I clinical trial of SGN-CD123A in AML planned to begin in the second-half of 2016. [4]