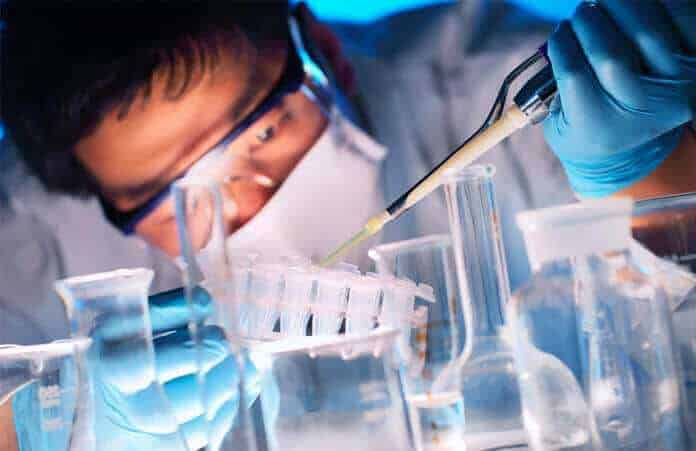 In an attempt to develop a more effective therapy for human epidermal growth factor receptor 2 (HER2)-positive cancer, a team of researchers led by Jinliang Yang from Sichuan University, China, developed hybrid drug products that explored the option of a novel antibody-drug conjugate or ADC composed of anti-HER2 scFv–HSA fusion antibodies conjugated with maytansine derivative DM1 on the sites of lysine residues via a thioether (MCC) linker.  Maytansine inhibits tubulin aggregation via binding with the periwinkle loci on tubulin as a result of promoting apoptosis of tumor cells. [1][2]

Antibody–drug conjugates (ADCs) take the advantage of monoclonal antibodies to selectively deliver highly potent cytotoxic drugs to tumor cells and in an article published in Signal Transduction and Targeted Therapy, researchers showed that their novel ADCs, T-SA1–DM1 and T-SA2–DM1, with a DAR (drug-to-antibody ratio) in the range of 3.2–3.5, and the nanomolar levels in vitro, displayed efficient inhibition in the growth of HER2-positive tumor cell lines and the half-maximal inhibitory concentration on the (HER2-positive cells) SKBR-3 and SKOV3 cells.

Unrelated studies have shown that thioether (MCC) linker-containing ADCs not only internalized into tumor cells after binding to receptor on cell surface and undergo proteolytic degradation in the lysosome to release cytotoxic agents, and maintained plasma stability more effectively. Furthermore,  high DAR results in ADCs with increased hydrophobicity and greater degree of destabilization. [3]

The study showed that in HER2-positive human ovarian cancer xenograft models, T-SA1–DM1 and T-SA2–DM1 both showed remarkable anti-tumor activity. They noted that in their study three out of six mice exhibited complete remission without regrowth in the high-dose group of T-SA1–DM1. Furthermore, on the basis of an analysis of luminescence imaging, anti-HER2 scFv–HSA fusion antibodies, especially T-SA1, showed strong and rapid tumor tissue penetrability and distribution compared with trastuzumab.

Based on their research, the researchers believe that their novel type of antibody-drug conjugates based on a scFv–HSA fusion antibody is effective and selective targeting to HER2-positive cancer, and may be a promising anti-tumor drug candidate for further studies. They conclude that  the structure optimization of antibody and screening of various linkers as well as agents deserve further exploration.