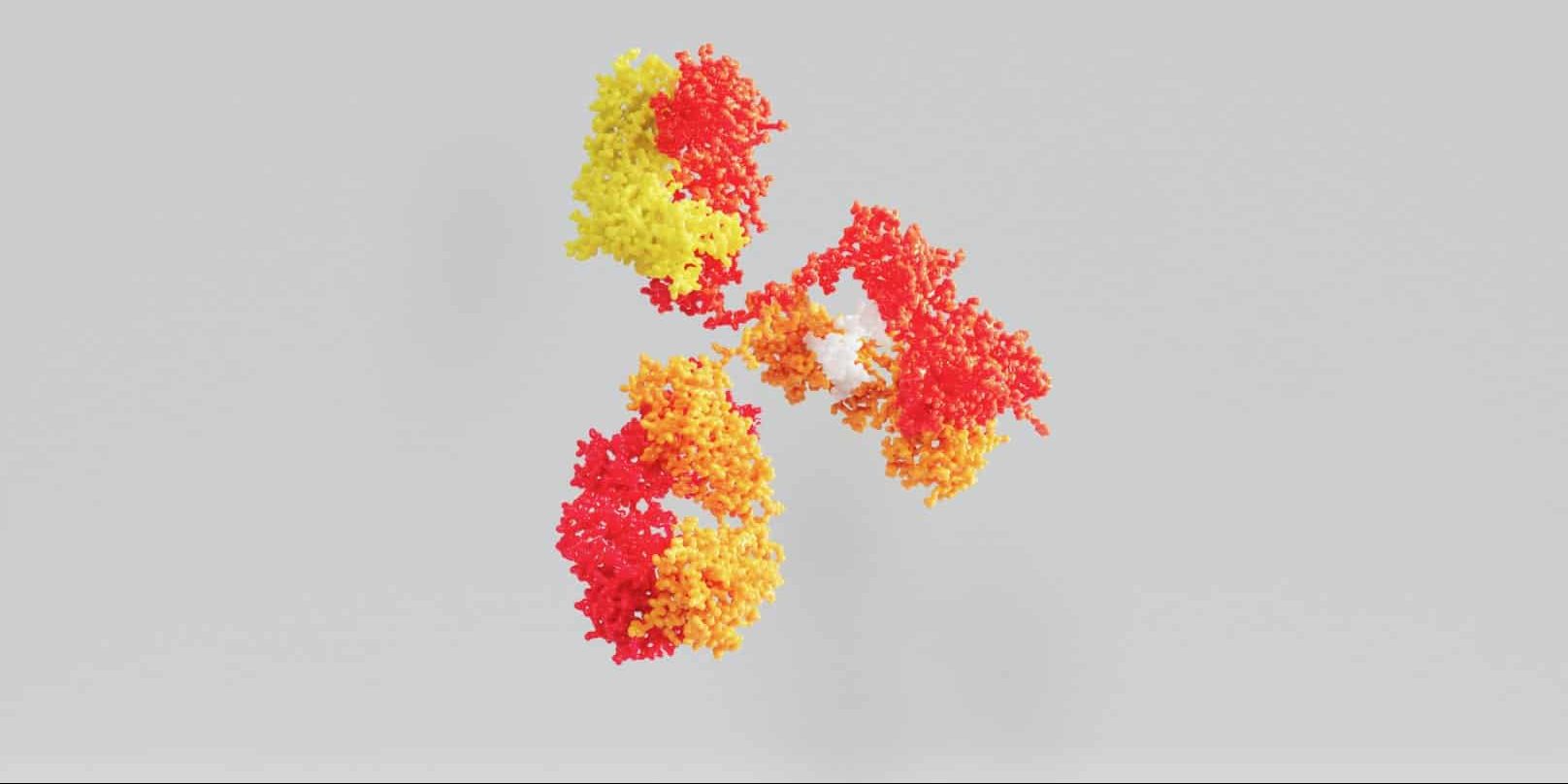 Antibody-drug conjugates have achieved commercial success over the last 10 years with 15 therapies launched globally to date, including 11 with U.S. FDA approval, and two biosimilars. With their ability to direct highly potent cytotoxic payloads selectively to target cells, ADCs offer the prospect of more precise treatments and a reduction in off-target effects.

The SMARTag technology achieves site-specific conjugation through the use of an aldehyde tag consisting of a six amino acid sequence that is a substrate for the naturally occurring human enzyme, formylglycine-generating enzyme (FGE).

The FGE enzyme oxidizes a cysteine residue in the tag sequence to a formylglycine residue, which contains an aldehyde functionality. The aldehyde chemical reactivity is bioorthogonal to other reactive groups within an antibody, and thus serves as the handle for site-specific bioconjugation. The technology was conceived in Carolyn Bertozzi’s laboratory as part of the suite of bioorthogonal chemistry innovations that earned her the 2022 Nobel Prize in Chemistry.

The simplicity of the CMC process for SMARTag-based conjugates lies in how the aldehyde is installed in the protein. The aldehyde tag sequence is genetically encoded into the desired location of the antibody heavy or light chain constant regions.–

There are a variety of locations that can be modified without affecting the biophysical properties of the antibody or negatively impacting titers. This affords flexibility in payload placement, which provides opportunities for conjugate optimization and design innovation.

The enzymatic transformation of cysteine to formylglycine, a process called conversion, occurs co-translationally as the protein is being expressed in the cell. The antibody is secreted into the cell culture medium with aldehydes installed and is purified using standard techniques. At this point, the antibody is ready for conjugation.

Alternatively, it can be placed into long-term storage as an intermediate with no negative impacts on the final ADC’s yields or quality.

To ensure full conversion, Catalent produces SMARTag antibodies in a cell line that overexpresses the FGE enzyme. Notably, Catalent’s GPEx® technology is fully compatible with the SMARTag platform, with FGE-overexpressing lines available in both traditional GPEx and GPEx Lightning formats. Access to the GPEx platform offers additional benefits for cell line development, including high titers and shortened timelines. This manufacturing synergy underscores a key advantage for the SMARTag platform.

Another differentiating aspect of SMARTag technology is its simple, one step conjugation process, whereby the linker-payload is added to the modified antibody and conjugation allowed to occur (Figure 1.0). Remaining free drug is removed by a diafiltration step, and ADC preparation is complete. The process is robust, reproducible, and high yielding. The limited number of steps and reagents keeps the cost-of-goods low and makes the process readily scalable and highly reproducible.

SMARTag Tandem-Cleavage Linkers: A Design Solution to Improve ADC Stability During In VivoCirculation
Common approaches to making a cleavable linker include incorporating substrates for protease cleavage, disulfide reduction, or acid-mediated hydrolysis into the design. Regardless of the cleavage mechanism, most cleavable linkers share a common design element: only one cleavage event is required for payload release.

In other words, only one “lock” protects conjugate integrity. Indeed, these linker approaches also share—to a greater or lesser extent—a level of conjugate instability during circulation in vivo. Loss of payload from the antibody leads to reduced efficacy (because less payload is delivered to the site of action, e.g. targeted tumor cell) and to greater toxicity (because free payload can cause off-target toxicities).

Catalent’s approach was to design a cleavable linker system that would be truly stable in the circulation, thereby improving the therapeutic index. [1] The hypothesis was that by adding a second “lock” to the linker—namely, a second enzymatic cleavage event that would be dependent on ADC internalization—one could dramatically improve in vivo stability. Details of the design solution and its impact on ADC efficacy, pharmacokinetics, and tolerability are illustrated in the following sections.

The first “lock” in the SMARTag tandem-cleavage system is a standard valine-alanine dipeptide, which is a substrate for cathepsins and other proteases. For the second “lock”, a glucuronic acid was placed very close to the dipeptide to sterically prevent protease access to the dipeptide substrate. In order to release the payload, the tandem-cleavage linker requires the two orthogonal enzymatic activities to occur in sequence. First, glucuronidase—which is only active in low pH environments, such as lysosomes—removes the monosaccharide, liberating the dipeptide from protection. Then, a protease can cleave the dipeptide, triggering payload release. As the tandem-cleavage component is a modular element, it can be added to any SMARTag cleavable linker system in order to impart stability and hydrophilicity.

SMARTag technology was used to make a CD79b-targeted DAR 2 polatuzumab MMAE conjugate. As a comparator, polatuzumab vedotin (MMAE payload) was prepared as a DAR 4 conjugate. The ADCs were tested for efficacy in a single dose mouse xenograft study against the Granta 519 B-cell lymphoma model (Figure 2.0). ADCs were dosed at 2 mg/kg (day 0) and tumors were measured twice weekly for 40 days. In the polatuzumab vedotin dosing group, there were 2 out of 6 complete responses, none of which were durable past day 19. The SMARTag group showed 100% (6 of 6) complete responses, one durable through day 40. This improvement in efficacy by the SMARTag ADC was achieved even though the molecule had 50% drug loading (DAR 2) as compared to the vedotin conjugate (DAR 4). Therefore, from an efficacy perspective, the improvements introduced by the SMARTag platform maximized the utility of the MMAE cytotoxic payload, leading to improved tumor control with less drug.

Efficacy of the CD30-targeting ADC brentuximab vedotin (Adcetris®; Seattle Genetics), another DAR 4 vedotin (MMAE) conjugate, was compared to a SMARTag CD30-targeting DAR 2 ADC bearing a tandem-cleavage linker and MMAE payload (CAT-12-ADC) (Figure 3). ADCs were dosed once on day 0 at either 3 mg/kg (brentuximab vedotin and the SMARTag ADC) or 1.5 mg/kg (SMARTag ADC). In the latter case, the payload dose was a quarter of that given with Adcetris.

At both levels, the SMARTag tandem-cleavage ADC showed strong tumor regressions and durable responses that were comparable to Adcetris, but were achieved with lower payload doses.

Both enfortumab and upifitamab were used to generate ADCs for in vivo comparisons of DAR 4 SMARTag tandem-cleavage MMAE conjugates to DAR 4 vedotin conjugates.

Animals were dosed weekly at 10 or 20 mg/kg for enfortumab or upifitamab conjugates, respectively, and monitored over 28 days. Circulating levels of total antibody (solid line) and total ADC (dashed line) were measured by ELISA (Figure 4.0). For both antibodies, despite being dosed equally, the concentrations of total ADC one week after dosing differed by almost 2 logs between the SMARTag and vedotin compositions, reflecting the improved in vivo stability of the SMARTag ADCs.

SMARTag Tandem-Cleavage Linker ADCs Show Improved In Vivo Tolerability
Tolerability and toxicity profiles of the enfortumab and upifitamab SMARTag and vedotin conjugates from the multidose rat study were compared using variety of parameters, including body weight, clinical observations, and hematology. From all standpoints, the SMARTag conjugates were significantly better tolerated as compared to vedotin conjugates. For example, over the 28-day study, rats given enfortumab vedotin (Padcev®; Astellas/Seagen) grew at about half the rate of control animals, whereas the rats given the SMARTag ADC grew at the same rate as the controls, suggesting that it was much better tolerated (Figure 5.0).

By contrast, all rats dosed with enfortumab- and upifitamab-based SMARTag ADCs survived to study end and showed few to no clinical observations (Figure 6.0).

Together, the results indicate that SMARTag tandem-cleavage ADCs are more stable in the circulation than vedotin conjugates. This improvement in stability is likely to be directly correlated with the improvement seen in the efficacy and tolerability of the molecules. Therefore, the results outline how the use of the SMARTag platform technology can widen the therapeutic index of an ADC.

The most advanced of these, Triphase Accelerator’s TRPH-222, has completed Phase 1 studies for non-Hodgkin’s lymphoma. [3] This SMARTag ADC is comprised of a CD22-targeting antibody conjugated to maytansine through a non-cleavable linker. Additional SMARTag ADCs are in preclinical development, including Exelixis’ next-generation 5T4-targeting ADC (XB010), for various forms of solid tumors. Catalent also has a pipeline of SMARTag ADCs in preclinical evaluation that are available for licensing.

Note: Additional information on SMARTag technology can be found on the Catalent website.

How a CDMO can Support ADC Manufacturing