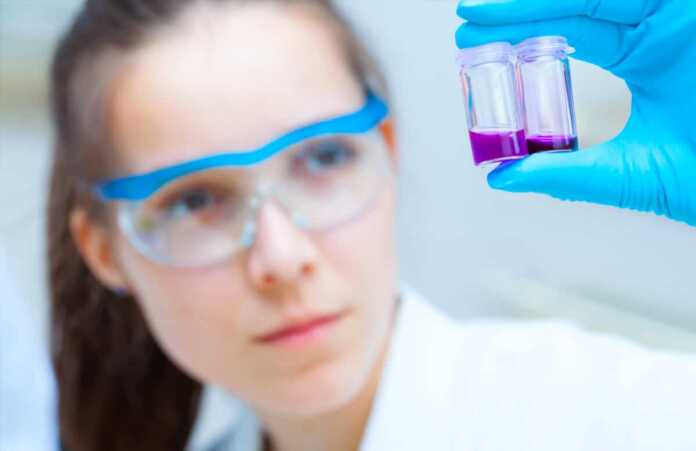 The development of antibody-drug conjugates or ADCs, has resulted in the need of developing novel compounds that can be used as payloads.

Since the discovery of calicheamicin and esperamicin, several more enediynes have been discovered as natural products in bacteria. Synthetic enediynes have also been designed to improve the functionality of the naturally occurring enediynes.

Produced by a variety microorganism, including of Actinomadura verrucosospora and Micromonospora echinospora, these compounds present intricate mechanisms of action as well as remarkable biological activities.

Generally speaking, enediynes, which are potent cytotoxic agents (IC50 values in the picomolar range) which damagers of DNA causing single and double strand cuts, are too toxic for clinical use. The potency of these compounds is attributed to their ability to bind to DNA and undergo a Bergmann rearrangement (also known as Bergman cyclization*) in which the strained ring system is converted into a highly reactive 1,4-benzenoid diradical, which damages the DNA by abstracting hydrogens from it.

When the diradical is generated near DNA, it abstracts hydrogen atoms from the sugar backbone of the DNA molecule, which results in single and double strand lesions.

Although this makes enediynes these very toxic, their potent activity can be beneficial when targeting the DNA of cancerous tumors.

Interestingly, most endiynes offer potent activity against the proliferation of various cancer cells including those with resistance to other chemotherapeutic drugs. [1]

Calicheamicin, first discovered in the mid-1980’s, a phenomenally active compound, extremely active against tumor cells was synthesized it in 1992. Linking the compound to an antibody, scientists were able to deliver it to certain cancer types selectively without the side effects of the very toxic compound.

Among the developed therapeutic agents is gemtuzumab ozogamicin (Mylotarg®; Pfizer/Wyeth), an antibody-drug conjugate in which calicheamicin was conjugated with recombinant humanized IgG4 kappa antibody, which binds to CD33 antigens expressed on the surface of leukemia blasts. The drug was approved for the treatment of myeloid leukemia.

Another therapeutic agent in this class is CMC-544 (inotuzumab ozogamicin; Blincyto®; Pfizer/Wyeth) a calicheamicin-conjugated anti-CD22 monoclonal antibody, a highly potent cytotoxic enediyne antibiotics that bind DNA in the minor groove and cause double strand DNA breaks (dsDNAB) leading to cell death. This agent was approved in 2016 for the treatment of adults with relapsed or refractory B-cell acute lymphoblastic leukemia (ALL).

But not all calicheamicin-conjugated have been successfully developed. CMB-401, for example, an antibody-drug conjugate consisting of the monoclonal antibody hCTM01 directed against polymorphic epithelial mucin covalently bound to the cytotoxic antibiotic calicheamicin by an amide linker.

Although CMB-401 showed targeted killing of MUC1-expressing cells in vitro and produced pronounced dose-related antitumor effects over an eightfold dose range against an MUC1-expressing ovarian carcinoma xenograft (OvCar-3), the drug did not meet the criteria for partial remission. Based on published efficacy of conjugates that deliver calicheamicin via hybrid (bifunctional) linkers [e.g. gemtuzumab ozogamicin, in acute myeloid leukemia, the scientists hypothesize that the amide linker used in CMB-401 may have contributed to its failure to induce a partial response. [2]

Uncialamycin
Rice University scientists have improved the production of a potent antitumor antibiotics from the enediyne class known as uncialamycin.

, which depending on the epimer and cell line or subline has shown activity against several ovarian tumor cell lines with IC50 values ranging from 9 × 10–12 to 1 × 10–10, has been recognized to be among the rarest and most potent, yet one of the structurally simpler agents, making it attractive for chemical synthesis and potential applications in biology and medicine.

Rice University scientists have developed synthetic strategies and technologies and applied these to the synthesis of a number of uncialamycin analogues. Equipped with suitable functional groups for conjugation to antibodies, uncialamycins are suitable as a payload for antibody-drug conjugates and other delivery systems.

The potency, efficacy and mechanism of action of uncialamycin analogs was demonstrated by scientists at Bristol-Myers Squibb Research & Development with the development of a highly potent uncialamycin analog with a valine-citrulline dipeptide linker conjugated to an anti-mesothelin monoclonal antibody through lysines to generate a novel antibody-drug conjugate. This investigational drug demonstrated subnanomolar potency (IC50 = 0.88 nM, H226 cell line) in in vitro cytotoxicity experiments with good immunological specificity to mesothelin-positive lung cancer cell lines. [3]

Lidamycin
Lidamycin or LDM (original named C-1027, Lidamycin was isolated from the broth filtrate of Streptomyces globisporus C1027 ) is an antitumor antibiotic which shows extremely potent cytotoxicity toward human cancer cells with IC50 values 1000-fold lower than that of Adriamycin in vitro.

In clinical trials, the compound, which consist of 2 independent parts, an apoprotein moiety (LDP) which forms a hydrophobic pocket to protect the chromophore and a non-protein active enediyne chromophore (AE) responsible for the extremely potent bioactivity, showed remarkable inhibition on a panel of transplantable tumors in mice.

Lidamycin can induce cell damage including apoptosis, cell cycle arrest, and DNA double-strand breaks and is considered to be a desirable cytotoxic payload for antibody-drug conjugates due to its extremely potent cytotoxicity to cancer cells.[4]

Scientists at the Institute of Medicinal Biotechnology, Chinese Academy of Medical Sciences, Peking Union Medical College, Beijing, China, have developed anti-CD30-LDM, a novel ADC which consists of the intact chimeric antibody directed against CD30 and Lidamycin.

The investigational anti-CD30-LDM agent shows attractive tumor-targeting capability and antitumor efficacy both in vitro and in vivo and could be a promising candidate for the treatment of CD30+ lymphomas, including Hodgkin’s lymphoma (HL) and anaplastic large-cell lymphoma (ALCL).[5]

Thailanstatin A
Today, more than 60% of ADCs in clinical trials employ microtubule inhibitors (auristatins or MMAE/MMAF and maytansinoids or DM1/DM4) as their payloads. [6]

Scientists looking for cytotoxic payloads beyond the microtubule inhibitor class, a potent payload for lysine conjugated antibody-drug conjugate called Thailanstatin A was introduced.

A number of variations of Thailanstatin A, a natural product analog of spliceostatin, a complex of proteins and ribonucleoproteins that regulate DNA splicing originally isolated from burkholderia thailandensis bacteria, are being investigated as a potential payload.
The novel, extremely potent, compound fights cancer by inhibiting the machinery in the cell that edits messenger RNA after transcription from DNA but before its translation into proteins.

Scientists at Pfizer’s Oncology-Rinat Research & Development and Pfizer’s Drug Safety Research and Development, in Pearl River, New York prepared a series of thailanstatin-antibody conjugates in order to evaluate their potential in the treatment of cancer.

After exploring a variety of linkers, they found that the most potent antibody-drug conjugates were derived from direct conjugation of the carboxylic acid-containing payload to surface lysines of the antibody (also known “linker-less” conjugates).

The researchers noted that the exposure of the thailanstatin-conjugates was sufficient to result in excellent potency in a gastric cancer xenograft model at doses as low as 1.5 mg/kg that was superior to the clinically approved ado-trastuzumab emtansine (Kadcyla®; Genentech/Roche). [7]

Scientists at Pfizer’s showed that there is a high dependence of the potency of thailanstatin based antibody-drug conjugates with the site of conjugation. They showed that site-specific thailanstatin antibody-drug conjugates were very efficacious in an in vivo gastric cancer tumor xenograft model thus demonstrating the suitability of this novel class of payload for consideration in next-generation site-specific ADC programs.

A library of payloads
The development of novel, potent, payloads for antibody-drug conjugates with different mechanisms of action, has, over the last decades, challenged synthetic organic chemists to develop a library of potential payloads designed to address the medical needs for the various types of cancers.

In a recent review, scientists at Rice University describe their work of total synthesis of natural and designed molecules of the calicheamicin, uncialamycin, tubulysin, trioxacarcin, epothilone, shishijimicin, namenamicin, thailanstatin, and disorazole families of compounds. In their review they demonstrate how these novel compounds led to the discovery of analogues of higher potencies, yet some of them possessing lower complexities than their parent compounds as potential payloads for antibody-drug conjugates.[8]

These compounds and others like them may serve as powerful payloads for the development of antibody-drug conjugates intended for personalized targeted cancer therapy.

The flexibility of a generic LC-MS/MS method for the quantitative analysis...