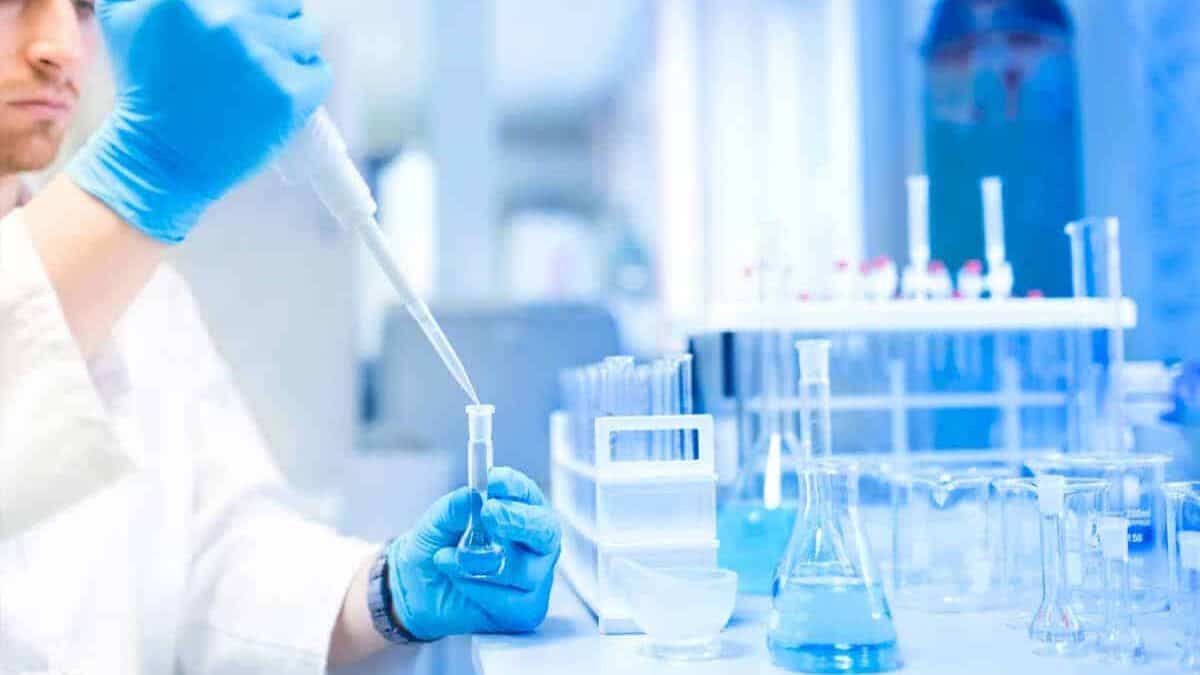 T-cell acute lymphoblastic leukemia or T-ALL is a biologically distinct form of leukemia. It’s distinct from its B lymphoblastic or B-ALL counterpart and shows different kinetic patterns of disease response.

While very similar therapeutic regimens are used to treat both T-ALL and B-ALL, real distinctions in response to these therapy have been observed. Altough similar to B-ALL, the key prognostic determinant in T-ALL is minimal residual disease (MRD) response, but  unlike B-ALL, other factors including age, white blood cell count at diagnosis, and genetics of the ALL blasts that are not independently prognostic when MRD response is included.

Using modern genomic techniques, rescherchers have identified a number of recurrent lesions that can be grouped into several targetable pathways, including Notch, Jak/Stat, PI3K/Akt/mTOR, and MAPK. This approach has inproved the understanding of the genetic and biological basis of acute lymphoblastic leukemia (ALL).

In an article published in Leukemia Research, scientists from the Weatherall Institute of Molecular Medicine, Iksuda Therapeutics, and the Institute of Cancer Research observe that while several antibody-drug conjugates (ADC) have been developed and have achieved various levels of success in treating leukemia, few of them focused on T cell acute leukemia (T-ALL).[1]

T-ALL is an aggressive malignancy that occurs in all age groups. It represents 10 %–15 % of pediatric ALLs and 20 % of adult ALLs [2][3] T-ALL in children and younger adults is usually treated with a high dose of chemotherapy resulting in survival rates of approximately 80 %. Adult patients suffer a much lower 5-year overall survival rate of around 50 %. Further, relapsed T-ALL is particularly difficult to salvage with 20 % for pediatric and less than 7 % for adult patients surviving at 5 years implying that chemo-resistant minimal residual disease persists as leukemia-initiating cells (LICs) after primary treatment and propagates relapsed disease.[4]

Targeting with an Antibody-drug Conjugate
In their research article, the researchers discuss that refractory T-ALL that no longer respond to treatment could benefit from new modalities that target T cell-specific surface proteins. The researchers expect that ADCs could prove to be important therapeutic options for treating T-ALL, and all CD7-expressing leukemias including the relevant AMLs. They believe that this, in particular, has great potential for relapsed, refractory disease in which patients have only limited further treatment options.

In their research, the sientitsis focused on CD7, a transmembrane glycoprotein and a member of the immunoglobulin supergene family. CD7 is know to plays an important role in T-cell and T-cell/B-cell interactions during early lymphoid development. It is the earliest T-cell-associated molecule to appear in stem cells and prethymic stages and extends its expression all the way to the mature T cells. This molecule, which also present on NK cells, is highly expressed on the cell surface of most, if not all, human T-cell acute lymphoblastic leukemia cells as well as on the leukemia initiating cells, making it an attractive therapeutic target for T-ALL.

And while CD7 is also expressed on normal T-cells and NK cells, it is absent on at least a sub-population of mature T-cells, which could, as a consequence, help in maintaining immune functions after treatment with CD7 targeting agents. In addition, CD7 expression level has been found to be significantly upregulated in T-ALL cells compared to normal CD7-positive T cells. [5]

T cell-associated surface proteins offer possible therapeutic targets to reduce tumor burden but also target the leukemia-initiating cells from which tumors recur. In recent studies of T cell leukemia surfaceome confirmed that CD7 is highly expressed in overt disease. The researchers used an anti-CD7 ADC to show that the binding of antibodies to surface CD7 protein results in rapid internalization of the antigen together with the ADC.

As a consequence, the researchers observed cell killing was observed via induction of apoptosis and was dependent on cell surface CD7. The in vitro cytotoxic activity (EC50) of the anti-CD7 ADC on T-ALL cells Jurkat and KOPT-K1 were found to be in the range of 5−8 ng/mL. In a pre-clinical xenograft model of human tumor growth expressing CD7 antigen, growth was curtailed by a single dose of ADC. The data indicate that CD7 targeting ADCs may be developed into an important second stage therapy for T-ALL, for refractory CD7-positive leukemias, and for subsets of AML expressing CD7.

Producing an CD7 targeting ADC
To target T-ALL, researchers generated an anti-CD7-Monomethyl Auristatin E (MMAE) Antibody-drug Conjugate. Using PermaLink® bioconjugation chemistry, developed by Iksuda Therapeutics, and a cathepsin B cleavable peptide linker, they conjugated MMAE to the cysteine residues in the hinge region of the anti-CD7 antibody which facilitates the release of the MMAE inside the endosome/lysosome upon internalization of the ADC into the target cell.[1]

The selected PermaLink bioconjugation chemistry is a cysteine-specific, vinyl pyridine-based chemistry that demonstrates inherent conjugation stability and, unlike many other approaches to conjugation, is not susceptible to drug de-conjugation. This approach paves the way for use of novel payloads with markedly improved efficacy compared to clinically-validated benchmark ADCs. [1]

The anti-CD7 antibody was successively reduced and conjugated to PermaLink-PEG4-Val-Cit-PAB-MMAE and isolated from the excess linker-toxin and organic solvent into PBS using desalting columns. The sample was then analyzed by High Performance Liquid Chromatography (HPLC) using polymer-linked reverse-phase (PLRP) to establish the drug-antibody ratio (DAR) of the ADC, showing a of 2.6. The rsearchers evaluated the rsults of conjugation on antigen binding by binding either anti-CD7-MMAE or unconjugated anti-CD7 antibody to Jurkat, MOLT-4 and KOPT-K1 cells, which endogenously express CD7. They observed that both anti-CD7 antibody and anti-CD7-MMAE bound specifically to the CD7 positive cells.[1]

In their conclusion, the authiors of the study confirm that their anti-CD7-MMAE Antibody-drug Conjugates did displays a potent and selective effect against CD7-expressing cells both in vitro and in vivo, and that CD7-expressing T-cell lines, including Jurkat and KOPT-K1, are sensitive to such an ADC with an IC50 of less than 10 nanogram per milliliter (8.1 ng/mL and 5.4 ng/mL respectively). They believe that ADCs could prove to be important therapeutic options for treating T-ALL, and all CD7-expressing leukemias including the relevant AMLs. In particular, they believe that such an ADC has great potential for relapsed, refractory disease in which patients have only limited treatment options.