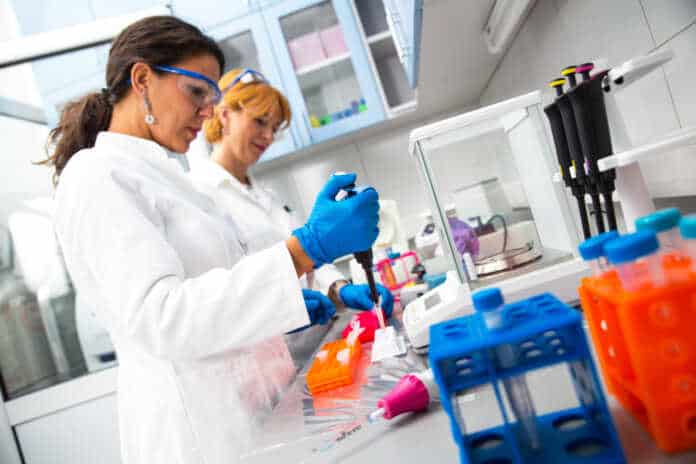 In a research article published in the January 20, 2017 edition of Molecular Cancer Therapeutics, a journal published by the American Association for Cancer Research (AACR), Julian Andreev, Nithya Thambi, Andres E Perez Bay and colleagues compared the trafficking of the well characterized oncogene HER2, which is the target of the clinically approved antibody-drug conjugate ado-trastuzumab emtansine (T-DM1; marketed by Genentech/Roche as Kadcyla®), with that of prolactin receptor (PRLR), another potential target in breast cancer.

While ado-trastuzumab-emtansine has shown benefit for breast cancer patients, use of this agent is not indicated for the treatment of patients whose tumors express low or intermediate levels of HER2.

In a previous, unrelated study, the researchers found that low levels of cell-surface PRLR are sufficient to mediate efficient ADC killing of breast ductal carcinoma cells. Based on these findings they confirmed that PRLR is rapidly and constitutively internalized, and traffics efficiently to lysosomes, where it is degraded. [1]

Results of their original study, presented in 2015, showed that approximately 90% of a PRLR antibody was internalized by T47D cells within 1h after treatment, and the internalized PRLR Ab co-localized with the lysosomal marker, Lysotracker Red, while trastuzumab was restricted to the plasma membrane and did not co-localize.[1]

Enhancing HER2 degradation
The PRLR cytoplasmic domain is necessary to promote rapid internalization and degradation, and when transferred to HER2, it enhances HER2 degradation. Based on these findings, low levels of cell surface PRLR (~30,000 surface receptors per cell) are sufficient to mediate effective killing by a PRLR ADC. In contrast, cell killing by an HER2 ADC requires higher levels of cell surface HER2 (~106 surface receptors per cell).

Bispecific antibody
Noncovalently cross-linking HER2 to PRLR at the cell surface by using a bispecific antibody that binds to both receptors, dramatically enhances the degradation of HER2 as well as the cell killing activity of a non-competing HER2 ADC.

Furthermore, the researchers found that in breast cancer cells that co-express HER2 and PRLR, a HER2xPRLR bispecific ADC kills more effectively than an HER2 ADC.

These results emphasize that intracellular trafficking of ADC targets is a key property for their activity. Furthermore, coupling an ADC target to a rapidly internalizing protein may be a useful approach to enhance internalization and cell killing activity of ADCs.