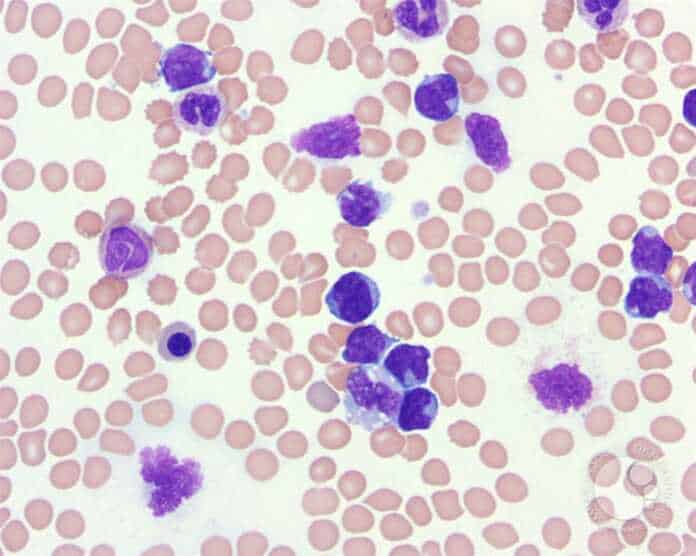 Cutaneous manifestations in T-PL are common, consisting of rash, papules, purpura, and ulcers. Presentation of the skin lesions can range from initial diagnosis up to two years post diagnosis.

Because most cases are CD52+, patients with T-PL are, in first line, treated with alemtuzumab. Despite alemtuzumab efficacy in treatment of T-PL, median overall survival is only one year, with less than a 10% survival at 5 years, and a relapse rate of nearly 100%.  The patient in this case report responded to alemtuzumab, but he relapsed after roughly twelve months with severe cutaneous involvement, and was unresponsive to repeat therapy. Brentuximab vedotin, an antibody-drug conjugate consisting of a chimeric immunoglobulin specific for CD30, with cytotoxic monomethyl auristatin E, and a protease covalent linker. This treatment provides efficient, targeted therapy against CD30 positive tumor cells, such as Hodgkin lymphoma and systemic anaplastic large cell lymphoma and was effective in diminishing the cutaneous lesions seen in the patient after relapse.

In the case of a patient with T-PL with rare CD30 expression, the authors report a partial response to treatment with brentuximab vedotin directed against CD30 in malignant lymphocytes. The skin lesions initially responded to treatment with CD52 specific alemtuzumab, as this is the first-line treatment for T-PL.  Such treatment associates with an 80% remission rate, although remission tends to be brief.

Featured Image: T cell Prolymphocytic Leukemia . Peripheral smear of a patient with T-prolymphocytic leukemia. The WBC was 75,000/uL with 95% lymphocytes. The lymphoid cells are intermediate in size and have variable amounts of cytoplasm and irregular nuclear borders with one or more nucleoli noted in some of the cells. Multiple smudge cells are also seen. This image is unrelated to the study presented. Feature image Courtesy: Nephron. This file is licensed under the Creative Commons Attribution-Share Alike 3.0 Unported license. CC BY-SA 3.0

Innovation in non-Hodgkin lymphoma drug discovery: What needs to be done?