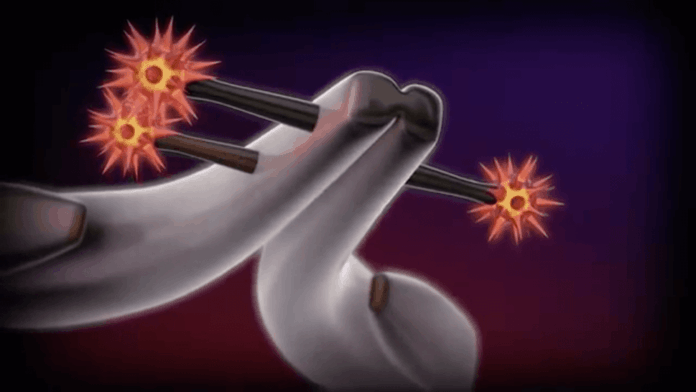 With 5 commercially available antibody-drug conjugates (ADCs) an nearly 100 novel agents in developments – from early discovery to late state clinical trials, targeted therapies have become an established class of therapeutics for the clinical treatment of cancer, and, potentially other diseases.

And while the selection of optimal target-specific antibodies and potent cytotoxic payloads based on type of cancer cells is important, to be successful, the right kind of linker and linker chemistries is crucial.

The linker moiety in an antibody-drug conjugate covalently tethers the antibody and payload components, and the molecular design and properties are critical determinant factors for the efficacy in terms of pharmacokinetics (PK), pharmacodynamics (PD) and therapeutic window.

To maximize the success of an antibody-drug conjugate, various types of linkers have been developed and evaluated in vitro and in vivo. But each linker needs to possess sufficient stability in plasma so that an antibody-drug conjugate can circulate in the bloodstream and localize to the tumor site without premature cleavage. If the linker is instable, premature liberation of the toxic payload may result in killing non-target healthy cells, which, in turn, may lead to systemic toxicity and undesired adverse effects.

To avoid this, it is important to identify the right linker which offers optimal linker stability for each combination of antigen, target tumor type, and payload. However, linkers also needs to possess the ability to be rapidly cleaved and to release free and toxic payload once the antibody-drug conjugate is internalized into the target tumor cell. Finally, hydrophobicity in the linker design of antibody-drug conjugates is also essential.

Better understanding
In recent years, the development of new methods of drug release continued in parallel to a better understanding of the biological processes underlying the mechanisms of action of pre-existing technologies.

In an article published in the June 2019 edition of Chemical Society Reviews, a journal from the Royal Society of Chemistry, Jonathan D. Bargh and David R. Spring from the Department of Chemistry, University of Cambridge, in Cambridge, UK, Albert Isidro-Llobet, GlaxoSmithKline (GSK) in Stevenage, UK and  Jeremy S. Parker and  from Early Chemical Development, Pharmaceutical Sciences, IMED Biotech Unit, AstraZeneca, Macclesfield, UK, summarise the advances in the field of cleavable linker technologies for antibody-drug conjugates.